"I'd give it ten stars if I could. Love swashbuckling fun. Everything I want in a fantasy book and I've read fantasy genre for almost 30 years now. This is must read for fantasy lovers. Enjoy." Amazon 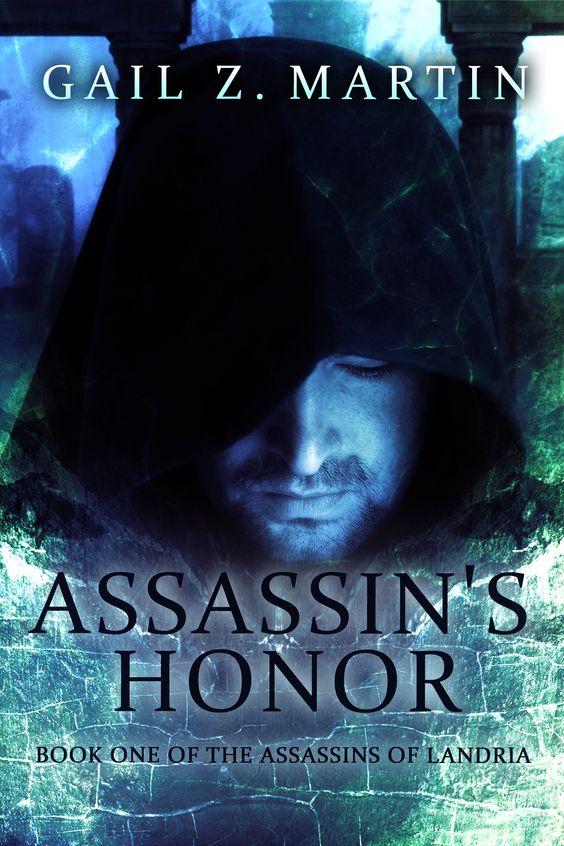 When a shadowy itinerant holy man starts captivates the nobility with treasonous whispers, Ridge and Rett go rogue to stop the threat, save the kingdom and protect the king--while landing on the 'Most Wanted' list themselves.

In my new Assassins of Landria series, King’s Shadows Joel ‘Ridge’ Breckenridge and Garrett ‘Rett’ Kennard are the good guys, along with their unconventional and badass valet, Henri. Ridge and Rett are assassins, sworn to defend the king and kingdom from dangerous threats and to carry out the will and judgment of the king against powerful criminals.

Often, assassins are either the villains of a story, or are morally ambiguous, set up to be government-contracted mercenaries or sanctioned hit men. I wanted to rethink that idea, and come at it in a different way. So Assassin’s Honor, the first in the new series, introduces you to Ridge and Rett in the middle of a job that not only kills the bad guy, but also rescues the young boy he’s kidnapped. Plans go awry, things blow up, and a stealth operation turns out to be anything but stealthy.

Don’t get me wrong—Ridge and Rett are good at what they do, just highly unconventional. They have the highest kill ratio of any of the King’s Shadows. They’re also the only assassins that consistently work as a team. The two have been best friends since they were children, coming up the hard way through an orphanage and then the army. They defy expectations, and keep beating the odds. Imagine Butch and Sundance, as medieval assassins!

Ridge and Rett are used to taking orders, but their success also gets them a bit more leeway than their peers, and their record has earned them enemies as well as friends. When they suspect a wandering holy man of fostering traitorous activities among the aristocracy, Ridge and Rett put their reputation, freedom and lives on the line to save the king and kingdom, using every skill and sneaky trick in their repertoire, even when it means going rogue to do it.

There’s a lot of action and adventure in Assassin’s Honor, and plenty of magic, as well as humor. This is epic fantasy without the epic length and without a huge cast of characters that require a scoreboard to keep track of names and subplots. It’s got funny moments, as well as moments that are sobering, frightening, and wildly adventurous. Most of all, it has a shadowy world of spies and assassins who deal with both human and supernatural monsters to save their world, and have an amazingly good time doing it!

Other work includes the Chronicles Of The Necromancer series, the Fallen Kings Cycle, the Ascendant Kingdoms series, and the alternate history novel Iron & Blood and the Storm & Fury collection (co-authored with Larry N. Martin) She is also the co-author (with Larry) of the Mark Wojcik monster hunter series (Spells, Salt and Steel) and the upcoming Wasteland Marshals series and the Cauldron/Secret Council series from Falstaff Books.

She is also the organizer of the #HoldOnToTheLight campaign www.HoldOnToTheLight.com. Join her email update and never miss a new release—plus get great free stories just for signing up! Find her at:

Always fun to hear about another new book. Thanks for sharing!

Thank you so much for having me as a guest. I really enjoyed writing the blog post!

Great cover. Did you help design it? Bernie Wallace BWallace1980(at)hotmail(d0t)com

Love the cover, it looks mysterious!

I love a good epic fantasy! Thank you

This sounds like a really good read. Great cover.

Love the cover and enjoyed the excerpt. Good luck with book.