the terrible truth: the real war is only beginning... Dragonshadow (Heartstone #2) by Elle Katharine White

The author of Heartstone once again infuses elements of Jane Austen’s beloved novel with her own brand of magic in this addictive fantasy that brings back sparring lovers Aliza and Alastair: fierce warriors who match wits, charm, and swords as they fight an epic war to save their world. 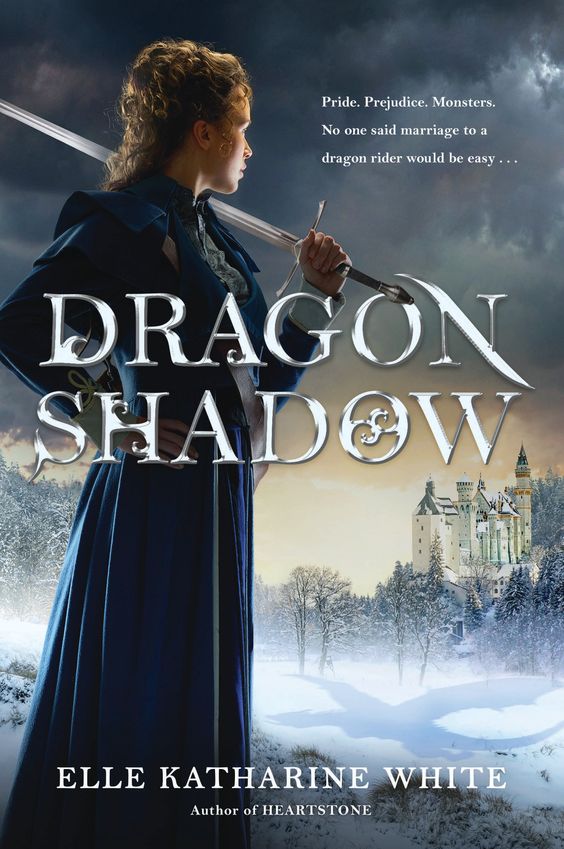 The Battle of North Fields is over—or so Aliza Bentaine, now a Daired, fervently wants to believe. But rumors are spreading of an unseen monster ravaging the isolated Castle Selwyn on the northern border of the kingdom. When she and Alastair are summoned from their honeymoon by the mysterious Lord Selwyn, they must travel with their dragon Akarra through the Tekari-infested Old Wilds of Arle to answer his call.

And they are not alone on this treacherous journey. Shadowing the dragonriders is an ancient evil, a harbinger of a dark danger of which the Worm was only a foretaste. And soon Aliza realizes the terrible truth: the real war is only beginning.

I woke to an animal growl in the predawn dark.

Dreams lingered along the edge of perception, shapeless, terrible dreams of monsters and gaping earth and a pyre that would not go out. Blankets that had once comforted me turned suffocating; I clawed them aside and sat up, clutching handfuls of coverlet like an anchor against the horrors in my head.

Breathe, I told myself. It isn’t real. Slowly, breath by breath, my heartbeat steadied and the tightness in my chest eased. You’re safe. He’s safe. We’re all safe. The words tumbled together in my mind in what had become my waking prayer. The Battle of North Fields was won, the War of the Worm was over, and we had nothing to be afraid of. 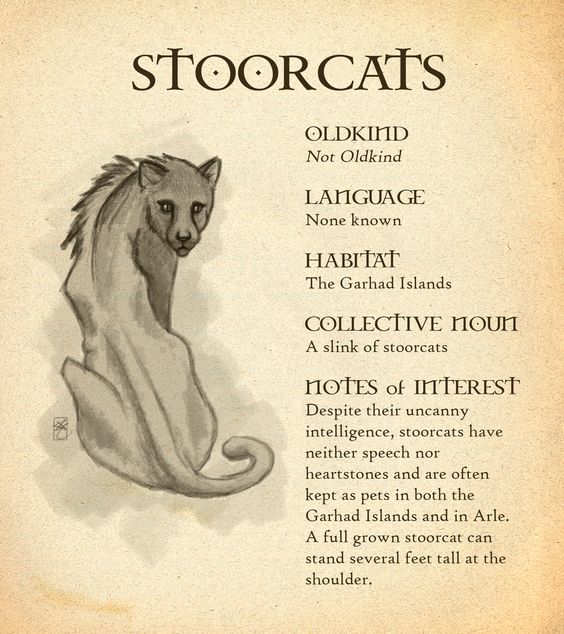 The growling resumed just beyond the curtains surrounding our bed.

Or . . . maybe we do. I reached for my husband’s side of the mattress, expecting the reassuring touch of warm skin and sleep-tousled hair. Smooth sheets, cool and unoccupied, met my fingers. I squinted in the dark. “Alastair?”

No answer. He was gone, and I was alone with the creature.

The drapes around the bed parted and I snatched up a pillow, holding it in front of me like a shield as something black and snarling leapt onto the bed, all furred fury and glowing yellow eyes.

I yelped as four stone of angry stoorcat landed on my chest. “Ow! PAN! Get off!” 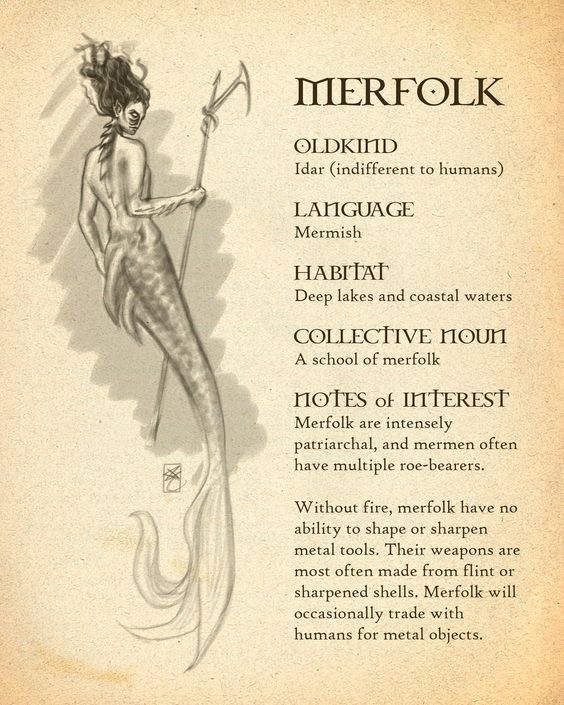 Pan the stoorcat retracted his claws and glared at me. Stoorcats weren’t Shani, those ancient creatures of Arle who counted humans as allies, nor were they Tekari, our sworn enemies. Nor, as far as I could tell, were they Idar, those creatures indifferent to humans. Stoorcats were simply very large, very intelligent, and very vindictive house pets. Pan made a sound in his throat, half whine, half snarl, and pawed at the blankets.

“Can’t you find someone else to torture? ” I said. He meowed, and I shoved him toward my husband’s side of the bed. “He’s up. Go bother him.”

His ears flicked toward the opposite side of the room. Muscles tensed beneath that glossy fur, black as a rat’s nightmare, as he made himself comfortable on my chest. 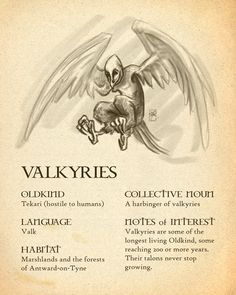 “You—are— impossible!” I grunted, trying to dislodge him. It would’ve been easier to move the Dragonsmoor Mountains. He returned to glaring and I slumped back on my elbows. “You know, if it were up to me and Julienna, you’d be on the first boat back to the Garhad Islands,” I told him sternly.

“Yes, well, you’re lucky Alastair likes—”
At the name Alastair, Pan yowled.
I sat up. Nightmare shadows crept back into the room. “Is he all right? ”
Pan stopped howling. Slowly, solemnly, he put his head to one side and meowed. 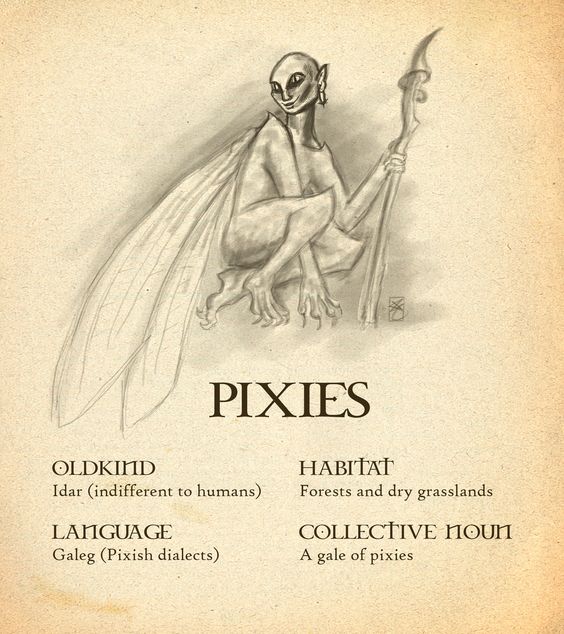 I rolled out from underneath him, leapt out of bed, and threw on the first dressing gown I saw, playing out every explanation for the stoorcat’s behavior in my mind’s eye. Each grew more far-fetched than the last. Pan might hate me, but his affection for Alastair was unquestionable. Whatever had driven him to me must’ve been something terrible indeed: the Greater Lindworm’s army risen again, House Pendragon under siege, Tekari at the gates . . .

I shook my head. If I valued my sanity, I couldn’t let myself think like that, and in any case, Alastair’s leather armor still hung in its place on the wooden manikin next to the wardrobe. He and his younger sister, Julienna, usually rose early for their morning exercises, but she had been away in Edonarle for the last few weeks. Whatever called him away wouldn’t be too dangerous, surely? The thought withered in my brain almost as soon as it flowered. My husband had once put the solitary tracking and slaying of mountain gryphons down as “casual exercise.” Please, please, don’t be hunting gryphons, Alastair, I thought as Pan bounded toward the opposite end of the room. Not on our honeymoon. 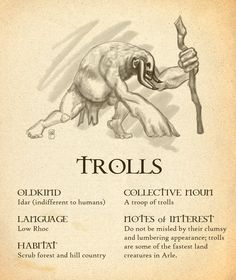 Our bedchambers opened out onto a shuttered balcony with stairs leading down to the Sparring courtyard below. It was brighter outside where the first streaks of true daylight fell in silvery patches across the stone. Old fears crowded into my mind, staining memory with images of Alastair as he lay dying in the lodge at North Fields, his face bloodless, the whites of his eyes veined with black from the poison of the Greater Lindworm. Pan meowed again.

I looked down—and breathed out a white-cloud sigh of relief. Alastair sat on the ground in the center of the courtyard, shirtless and unmoving but otherwise unharmed. I followed Pan down the stairs, feeling foolish for my panic and wishing all sorts of ills on my guide. Alastair was fine, House Pendragon still stood, and the stupid stoorcat had robbed me of three hours of sleep. 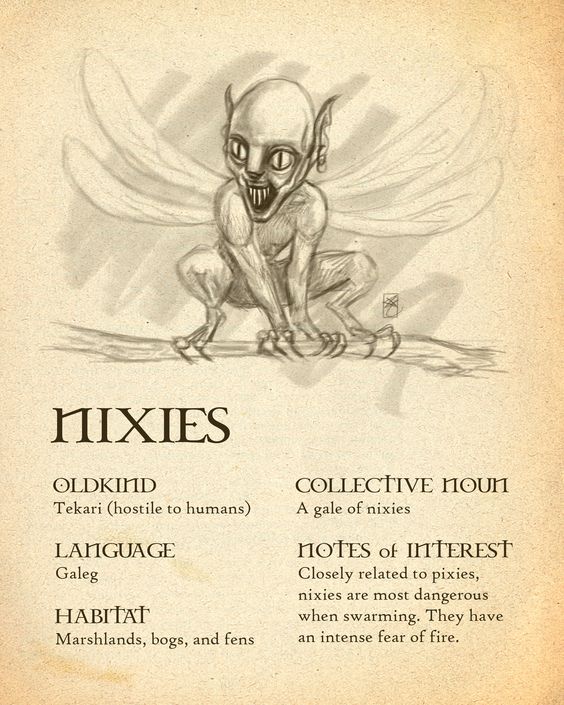 At the bottom of the stairs I paused, much to Pan’s displeasure, which I ignored. Marriage had brought me many titles: Lady Daired, mistress of House Pendragon, and wife to the foremost Rider in the kingdom, but I was an artist first and forever, and Alastair Daired was worth a moment of silent admiration. He sat cross-legged on the pavement, head raised a little toward the mountain peaks beyond the high walls of the house. A breeze moved the Rider’s plait that hung over his shoulder, night-black against warm-brown. Shadows fell along his back where scars both new and old textured his skin, white lines and red burns and one yellowish crescent curving just under his shoulder blade. Memories of battles won and lost, they told the stories of years, each scar tied to an adventure and at least one dead Tekari. I’d already memorized the patterns. More than once since our marriage I’d woken in the middle of the night with a pounding heart and a scream in my throat, fighting off imaginary lamias as I waded through the ruins of Merybourne Manor, ankle-deep in blood. Almost two months now and the nightmares still plagued me, and though adjusting to the waking world had gotten easier I still found myself turning to Alastair on those nights. Odd as it was, his scars comforted me. I’d trace the patterns and contemplate the man sleeping next to me—warrior, dragonrider, hero of Arle—and marvel at the fact that, not only had he survived, but he was mine.

About the author:
A textbook introvert who likes to throw out the textbook every once in a while just to see what happens, ELLE KATHARINE WHITE grew up in Buffalo, NY, where she learned valuable life skills like how to shovel a driveway in under twenty minutes and how to cheer for the perennial underdog. She now lives in Pennsylvania, where she drinks entirely too much tea and dreams of traveling the world.

To celebrate the release of DRAGONSHADOW by Elle Katharine White, we're giving away one paperback bundle of Heartstone and Dragonshadow!

GIVEAWAY TERMS & CONDITIONS: Open to internationally. One winner will receive a paperback bundle of Heartstone and Dragonshadow by Elle Katharine White. This giveaway is administered by Pure Textuality PR on behalf of Harper Voyager. Giveaway ends 11/30/2018 @ 11:59pm EST. Limit one entry per reader. Duplicates will be deleted. 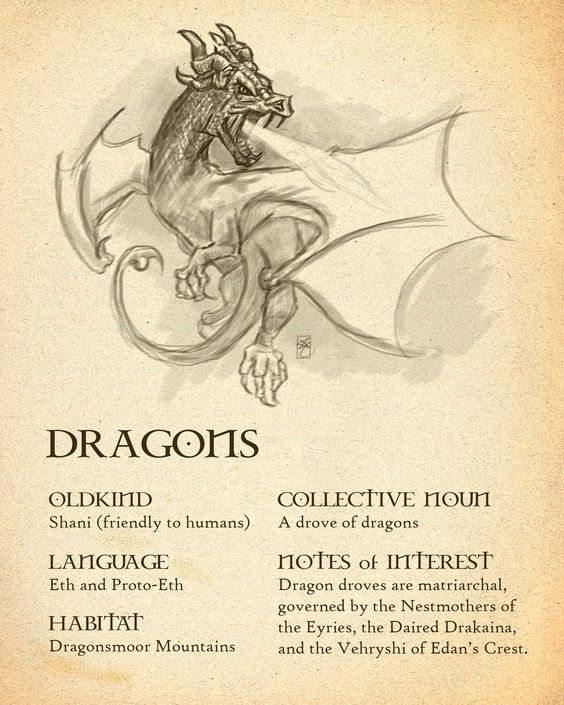