Fighting what we've become. Future Comes from Behind (Paradigm Shift, #1) by S.T.K. Chan

"[A]n exciting, fast-moving work that explores how different actions can set off unforeseen chains of events and the ramifications of standing by and allowing evil to make its course. This novel is perfect for fantasy lovers who want a taste of science fiction and is certain to keep its audience engaged throughout!" Reader's Views, Goodreads 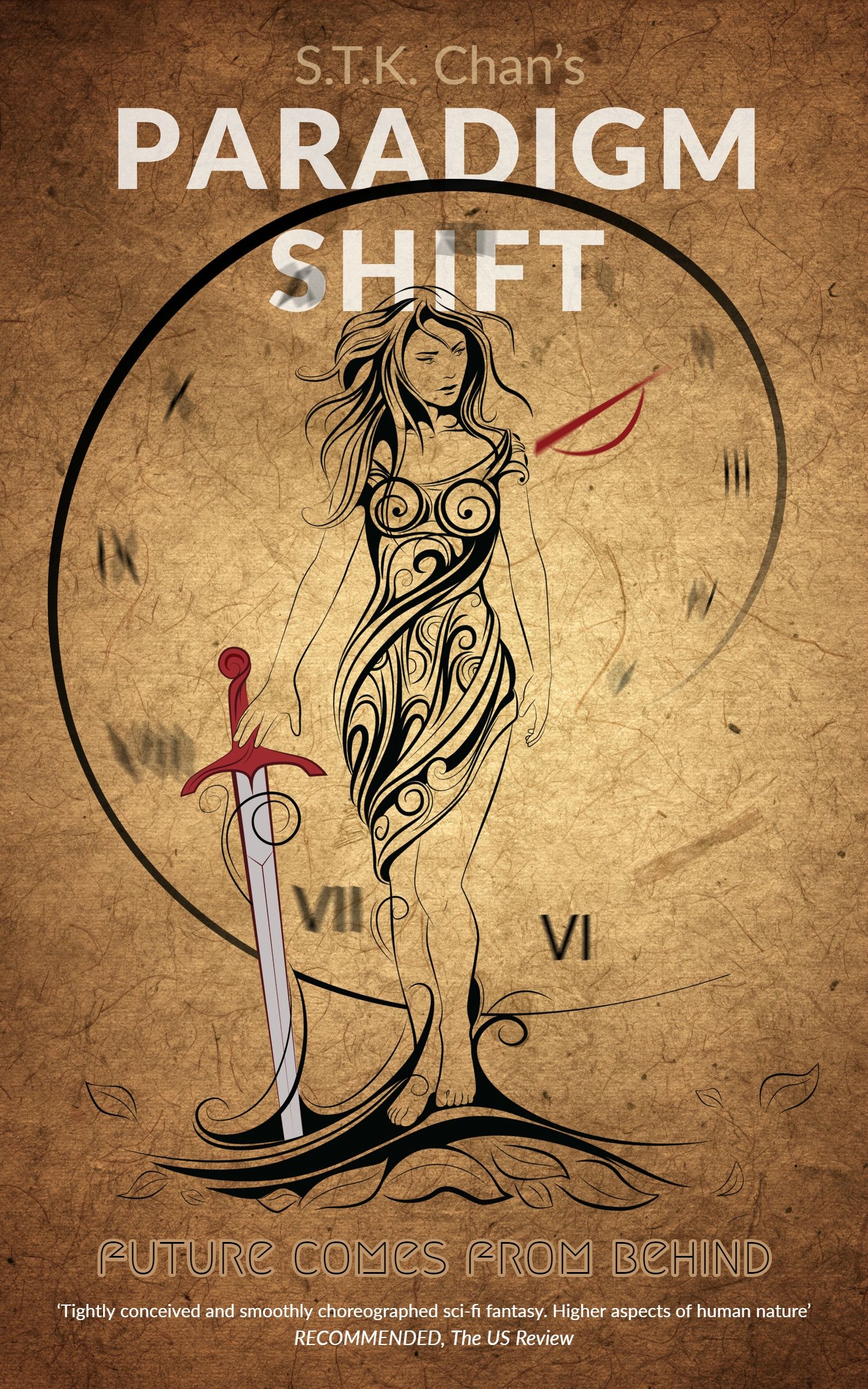 An ancient dimension of dark echoes from the past.

Lisa and her family barely manage to escape an invasion from the Rebel army in their home of Malta. Shortly after this episode, she discovers Exo, the ancient dimension she cannot understand until her late 20s. Exo is made of memories of the past; it brings forth all the strong echoes we leave behind. Lisa desperately wants to resolve the conflicts of this inner world peacefully, but quickly learns she must fight the shadows in people's hearts, materialized through battle re-enactments, warfare and emotional turmoil.

“Are we in danger? I heard Daddy talking to Uncle Bernie about some bad people coming to our island. There’s only water protecting us from them, see?”

Her mother paused and reflected on whether to be more honest with her child, as some school advisors were recommending, or whether to continue shielding her from the world’s problems.

“I don’t want them to come to my school. My friends might stay at home because they’re scared.”

“They won’t,” the mother replied with another smile as she caressed the little girl’s brown hair. “They won’t. Let’s get inside, sweetheart; it’s getting chilly.”

They resided in a fortunately situated neighborhood. Though just two miles from the shore, it was elevated enough to have an unobstructed sea view over the gentle slope of their rocky hill. Before entering the house, Lisa spotted some movement above her head.

“Hey, it’s Reblas!” She waved at their neighbor, who was tranquilly gazing through his telescope, poking out of his dark attic window. “Any shooting princesses today?”

“Why don’t you come over and take a look? It’s a cheesy moon out tonight,” beamed the man. He was recently retired and enjoyed the simple pleasures of life on the island.

“It’s late. Maybe tomorrow,” Lisa’s mother called back.
“’Night, Reblas.”
“Sure thing, Strawberry. It’ll be there tomorrow as well—always waiting for us to look up and admire it!”

The electric shutter on the back door slowly closed after they had passed through. Reblas adjusted his telescope’s lens and angle, observing the horizon, while in the background, concerned voices on the radio discussed the recent riots in Europe and the increasing numbers of boats crossing the Mediterranean Sea from both continents.

About the author:
A fan of nourishing SF&F fiction. Seeker of essential truths in historical non-fiction. Exploring life for almost half a century. Delivering action and matters of the inner self. "Chan has license to be more philosophical and issue-oriented, and on the whole he blends together different genres well." (John Staughton, SPR)

thanks the book sounds great

A combination of fantasy with a touch of science fictions sounds like a perfect Winter read.