"What a fun, not too scary, ghost story! I love the setting of London, Ontario and the year is 1967. Rich in detail, the story unfolds at a gentle pace. The plot is fast enough to pump up the pulse but not so quick as you’ll miss any of the action. [...] Solid world-building with an open-ended conclusion. I hope there’s more books in store for this great series." N.N.Light, Goodreads 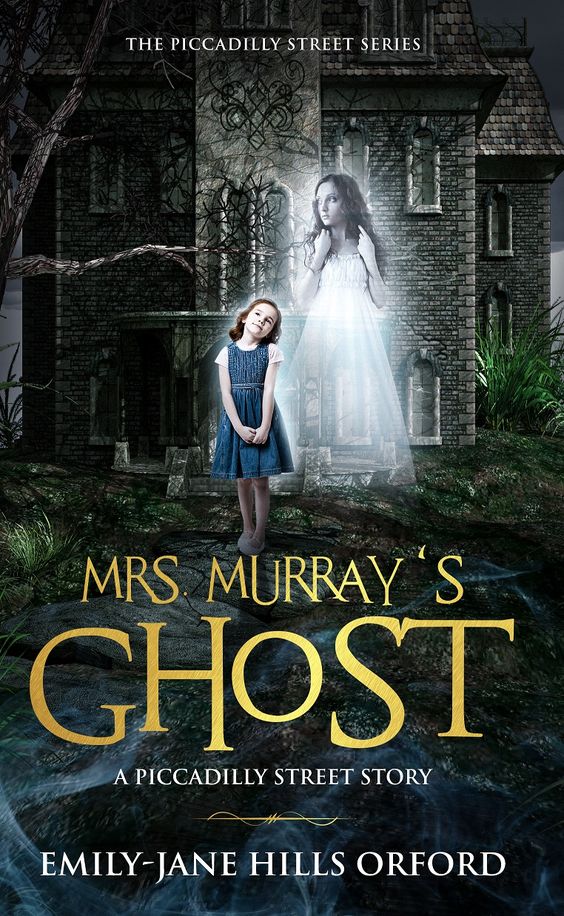 Mary’s family has moved into a huge Victorian mansion. She loves her gigantic new house, especially her room. But then she begins to meet the house’s other residents. Mrs. Murray was murdered in Mary’s new house. At first she tries to scare the new residents away, but there seems to be a force connecting the ghost to Mary. Even the stranded Brownies, the little people who live between the walls, feel that connection.

When Mary becomes deathly ill, the Brownies and the ghost team up to try to rescue her, only to encounter a witch and her evil minions. Time is running out. They must rescue Mary from a fever-induced dream world before she is trapped there forever.

As well as being a fun read for young readers, the story gives an historical perspective to childhood, as it dates to the 1960s. It also deals with some very current issues, specifically bullying.

Not many people believed me when I talked about the ghost. My family certainly didn’t. My brothers would tease me relentlessly. They loved to sneak up on me and poke me in the back, usually shouting, “boo”, in the process. I jumped, of course, which made their sport so much more fun. For them. They didn’t believe in my ghost. Even though they heard the banging kitchen cupboard doors each night just like I did. In fact, no one really believed me. The ghost often stood at the foot my bed in the quietest part of the night, watching over me, particularly when I was sick. At first, I was frightened. Especially when things went missing, the floors creaked and the lights went on and off all night long. While other members of the family slept, I listened and watched.

I think Mom sort of believed me. Especially later, when we had all moved away and started families of our own. Visits from the grandchildren were rowdy affairs and if things were getting out-of-hand, it wasn’t unusual for a clock to suddenly come flying off the wall. No one was ever injured by the flying clocks, but Mom believed it was the resident ghost doing her own bit of child discipline.

It wasn’t just the resident ghost of my family home, the old Victorian mansion, that visited me. Other ghosts have come to me over the years, not only at the family home, but wherever I was at the time. If a close family member or friend passed away, they would come to see me before passing on. My great-grandfather was the first to visit me after he died. He made sure I was awake by turning on all the lights. Mrs. Murray, the resident ghost, did that, too. Very annoying and a little freaky.

Then my father-in-law passed away, years later, when we were living a good seven hour drive from my family home and a three hour drive from my inlaw’s home. I was in the middle of teaching a piano lesson and I heard this huge crash, like snow falling off the roof. There was not snow on the roof, so I thought it rather strange. I heard that night that he had died of a heart attack after rolling out of his bed and crashing onto the floor – at the exact time I heard the crash.

About ten years ago, my mother was diagnosed with cancer at the same time my son was similarly diagnosed. Mom declined quickly and the last time I was able to visit, Dad and I managed to set off the IV pump. It beeped relentlessly and we couldn’t shut it off. We tried to make light of the situation and chuckled a little. A month later, Mom passed away on the same day my son started his chemo. Guess what happened? His IV pump started beeping, relentlessly. And each new pump the nurses tried on my son did the same thing. I truly believe Mom was trying to tell me that she was there for us.

When Dad died, I dreamed of him waving goodbye to me.

And the list goes on. So, it’s not surprising that would start writing about ghosts. Especially the one that haunted, in a friendly manner, my childhood home.

About the author:
An avid gardener, artist, musician and writer, Emily-Jane Hills Orford has fond memories and lots of stories that evolved from a childhood growing up in a haunted Victorian mansion. Told she had a ‘vivid imagination’, the author used this talent to create stories in her head to pass tedious hours while sick, waiting in a doctor’s office, listening to a teacher drone on about something she already knew, or enduring the long, stuffy family car rides.
The author lived her stories in her head, allowing her imagination to lead her into a different world, one of her own making. As the author grew up, these stories, imaginings and fantasies took to the written form and, over the years, she developed a reputation for telling a good story.
Emily-Jane can now boast that she is an award-winning author of several books, including Mrs. Murray’s Ghost (Telltale Publishing 2018), Queen Mary’s Daughter (Clean Reads 2018), Gerlinda (CFA 2016) which received an Honorable Mention in the 2016 Readers’ Favorite Book Awards, To Be a Duke (CFA 2014) which was named Finalist and Silver Medalist in the 2015 Next Generation Indie Book Awards and received an Honorable Mention in the 2015 Readers’ Favorite Book Awards and several other books.
A retired teacher of music and creative writing, she writes about the extra-ordinary in life and the fantasies of dreams combined with memories. For more information on the author, check her out:

Thanks for hosting me and my book, "Mrs. Murray's Ghost".

Good Morning! Thank you for the book description.These tours are great and we have found some terrific books so thanks so much.

Sounds like a nice book, spooky but not too much

Thanks to everyone for your support. I hope you enjoy reading "Mrs. Murray's Ghost". If you thought the cover and the blurb cool, check out the book trailer: https://www.youtube.com/watch?v=iItG0bBRyjI

thanks the book sounds amazing