The ultimate in Girl Power - Immortal Girl5 by Griffin Stark 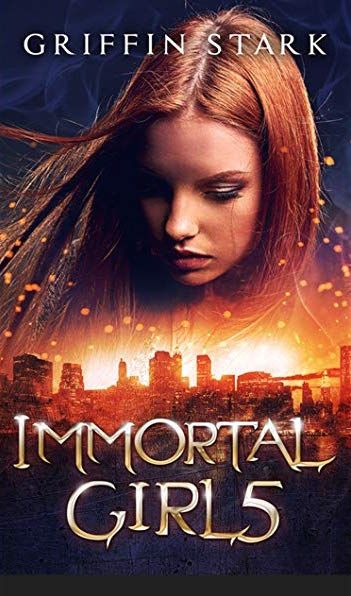 The year is 1095, Normandy, France. Five year old Skylar runs away into the woods to escape nuns who are convinced her inexplicable seizures are the work of satan. She survives after being adopted by wolves, when two mysterious strangers appear and reveal Skylar’s destiny to her. Skylar is the first of the Immortal Girls, destined to save humanity from itself.

Immortal Girl5 (January 22, 2019) follows Skylar, Rachel, Caitlin, Beth, and Bethany, five immortal sisters who, over the course of a thousand years, attempt to learn the purpose of their own existence while hunting down the worst criminals this world has ever seen. They’ve faced the likes of Jack the Ripper and the Nazis, but as a new enemy arises to threaten the sisters’ survival they’ll soon learn that immortality doesn’t mean forever.

“Wait! Now look, please, just let me explain!” he begged her, while shielding himself from the next imminent attack. Even if he’d had the desire to fight back—which he certainly did not—Luke wasn’t sure how easy it would be. After all, she’d survived more than a thousand years from what he’d been told. For being that old, this girl looked beyond amazing, with her blonde hair that fell into curls at the ends, angelic looks, and a flawless, pale complexion that held two stormy blue eyes of unusual intensity. Skylar seemed to accept Luke’s sincerity, at least for the moment, and slowly put her fist down by her side.

About the author:
GRIFFIN STARK is an American author who proudly lives in Nashville, Tennessee. Even as a young child, Griffin had an active imagination. As an author of young adult fiction, he has harnessed his creativity to tell memorable stories filled with important life lessons.

Griffin served as a combat medic in The United States Air Force and later founded THE SHEEPDOG MOVEMENT to join in the fight against bullying of teens worldwide.

what a pretty cover