"To delve into these pages too closely is to risk enchantment; and, perhaps, some small, nagging sense of forbidding. But pay these feelings of unease no mind. Let Ashley weave her magic and be richly rewarded with imaginative worlds of both great beauty and great darkness. Weird poetry is on the rise if stars like Ashley's continue their ascent!" Blaine, Goodreads 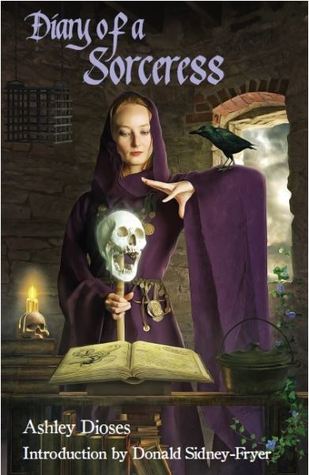 With this single volume, Ashley Dioses takes her place as a worthy successor to the long line of California Romantics, beginning with Ambrose Bierce, Clark Ashton Smith, and Nora May French, and carrying on with Donald Sidney-Fryer and K. A. Opperman (The Crimson Tome), with whom she has worked closely.

"The sorceress navigates us through dark towers, haunted tombs and the shores of distant seas and lakes. Throughout the collection we are treated to her insights and her wisdom. And in the end...what stands out is that there are some mysteries which even the most powerful of us cannot quite grasp. " Sam, Goodreads

Atop the Crystal Moon

To George Sterling and Clark Ashton Smith
I long to be atop the Crystal Moon,
Where dreams of marble wharves and silver dunes
Entice my way to magical black mountains
Of onyx spires and obsidian runes.
I drink rubescent wines from jeweled fountains,
Listening to the pomegranate lips
That whisper wicked things between deep sips.
Pale amethyst-eyed nymphs all spin and dance
Beneath rich crimson waters of rosehips
And grapes, as satyrs play gold flutes to trance
The wary constellations to come down
From haunted shores Plutonian, to drown
In aphrodisiacs they so adore.
Sweet poisons scent the blooms atop the crowns
Of faeries from the cosmic courts of lore.
Auroral skies light up the irised pearls
Beneath the crystal water’s dainty swirls.
The sirens lurk beneath with tempting forms,
And beck with amber eyes and golden curls,
While their enticing songs call distant storms.
Sleek undersides of peridot just show
Above the sparkling sea, as serpents flow
Throughout the opal foam of turquoise waves.
Dragons unfurl their wings to soar and blow
The fire into the very stars, to save
The cosmos from the ever lurking dark;
Their emerald eyes at night shine with the spark
Of wisdom. They return to jeweled troves
And curl on golden coins beneath their arcs
Of copper colored scales, in secret coves.
Bedecked with dust from all the shining stars,
The unicorns and Pegasus all spar
And dance and play on Saturn’s spectral rings,
Then leave for constellations near and far
On golden rose-hued hooves and moonstone wings.

About the author:
Ashley began writing at the age of 12. Upon discovering the macabre work of Edgar Allan Poe, she took a borderline obsessive interest in writing horror and dark fantasy poetry and even a few fantasy novels. Her favorite authors of horror and fantasy at that time were Stephen King, Dean Koontz, J.R.R. Tolkien, Piers Anthony, and Brian Jacques who also influenced her work.

She wrote up until her senior year of high school and then took a break before starting up again after college in 2011. With a nudge from a new friend, she discovered a new kind of horror, dark fantasy, and weird work from authors such as Clark Ashton Smith, H.P. Lovecraft, George Sterling, Donald Sidney-Fryer, and David Park Barnitz.

With this new treasure trove of horror and weird authors, she began to broaden her writing.

Aside from writing, her other passion is martial arts. When she was 12 she started practicing a shotokan Japanese karate mix (called 'American' karate) and Judo at Red Dragon until she reached 3rd class brown belt at 15. At 18 she started practicing Soo Bahk Do, a Korean karate, where she stayed for four years, getting her black belt and taught as an instructor for a brief period of time before leaving. 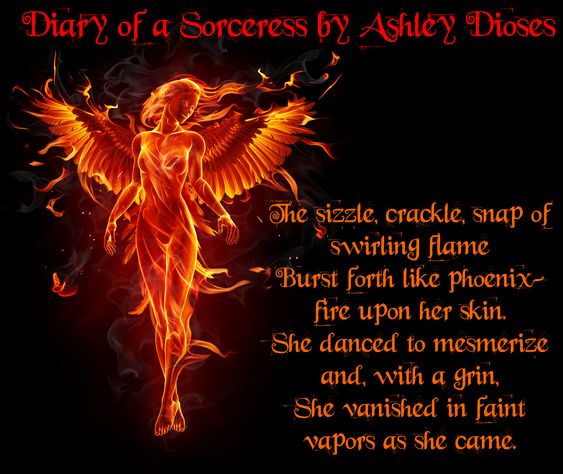 I like the cover of the book. The skull is kind of creepy. Congrats on the release. Bernie Wallace BWallace1980(at)hotmail(d0t)com

I think the cover looks great and unique

Thanks! The cover and interior illustrations are by Steve Santiago. He's a great artist.

This sounds right up my alley and the cover art has so much detail. I see something new each time I look at it.

The artist is Steve Santiago and there are ten b&w interior illustrations.

I love the cover very imaginative

The cover is interesting.

Sounds like a great book and I love the cover!