"Heidi and Dak are strong, bold characters that are easily identified with and readers easily become caught up in their story. [...] The plot is suspenseful and fast paced with lots of intriguing mystery that keeps readers glued to the pages with surprising twists and old secrets that add to the tension building suspense. The characters and their situation is what really makes this story and grabs readers’ by their imagination[...]." Eva, Goodreads 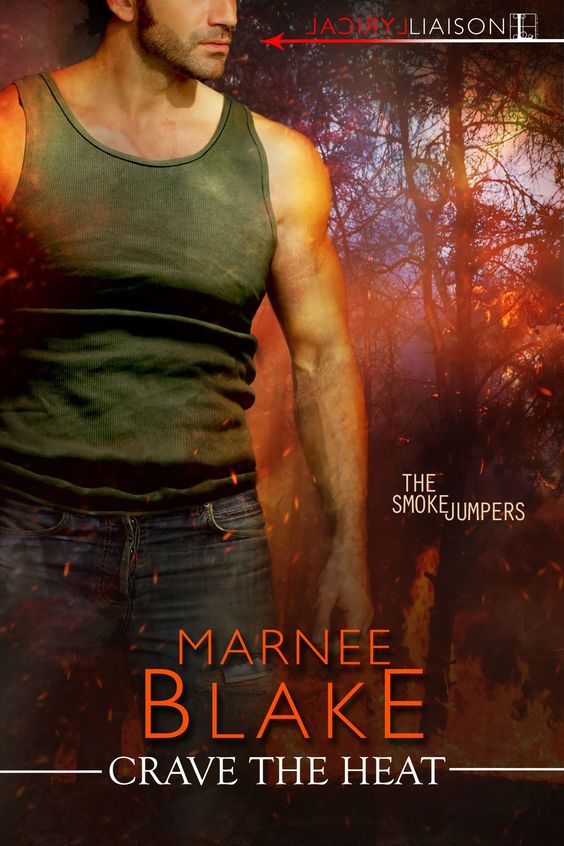 
Smokejumper Dak Parrish has come home to Oregon to fight fires—and to mend fences with his family. He left the Warm Springs Tribal Reservation after feuding with his father. Now, with tribal lands threatened by an arsonist, Dak gets a chance to make amends by acting as a liaison between the reservation and the forest service criminal investigator—a woman who sparks a surprising and hungry flame in him.


After a trauma on the east coast, Heidi Sinclair left DC to start fresh as a criminal investigator in Oregon. But her first serious investigation provides one stubborn obstacle after another—including an arrogant firefighter she suspects knows more than he's saying. Though she tries to battle her attraction to Dak, it’s too late. As they track down the arsonist, someone will do whatever it takes to keep old secrets buried, even if it turns everything Heidi and Dak have fought for to ashes . . .

Shrugging into the gray T-shirt he’d brought with him, Dak didn’t seem to be paying attention to Kirk. She couldn’t focus either, distracted by the play of muscles along his big chest.


As her gaze met his, a zing of connection reverberated between them. Surely it had affected him, too. Proving her point, the right side of his lips tilted up, revealing a hint of straight white teeth. That halfway grin. The lace of heat in her gut reminded her that it had been way too long.
Well, she didn’t have the emotional bandwidth for that kind of sexy right now. To be honest, she might never have that in her again.
But, she could act professionally. Her job, her work, that’s what she had. Inhaling shakily, she extended her hand. “I’m Special Agent Heidi Sinclair. Call me Heidi.”
He extended his hand, the muscles along his arms and chest flexing. Not that she noticed.
His fingers engulfed hers. “Dak Parrish. Your tagalong.” The corner of his mouth turned up again. He’d heard her, then. If she was the sort to be embarrassed about stuff like that, she would be. But she wasn’t. So she grinned back.
“Exactly. You’re tagging along, so I can get a quick assessment. You’re here because they want you here.”
Tension exploded into the silence. If she was the kind of girl who cared about awkwardness—she wasn’t—it might have bothered her.
Dak Parrish’s eyebrows lifted, and his lips twitched again. “Noted.”
“Fine.” She was proud that she kept her eyes trained on his.
“Yes.” He folded his arms over his chest. “Fine.”
“Then we are in agreement. My son will accompany you to the point of origin today for your initial pictures and reports.” The man who had come in with Dak was dressed too smoothly, everything too neat and perfect, even his smile. His voice was imperious, like a king visiting the masses. This was a man who was used to getting his way, someone who got things done. Heidi disliked him immediately.
Lyle Parrish. This guy was super-hot, looked-good-in-dirt-and-smelling like-smoke guy’s dad.
Bottom line: this was her job. She worked for the Forest Services, and part of that included maintaining good relations with the local communities, including the tribal ones. So, fine. If everyone wanted her to wander out to the side of the mountain today, she’d go.
“Yes. We’re all in agreement.”
Lyle Parrish’s smug grin made her grind her teeth.
“Well, then. I should get going. It’ll be dark soon.” She offered a glance at Dak. “We may need to camp there.” Then she smiled at Mitch. “Thank you again. I’m sure we’ll be seeing more of each other.” Unlike Parrish and Kirk, she’d liked him right away.
Dak? She’d reserve judgment. Right now, she couldn’t decide, thanks to her annoying immediate attraction to him.
Well, that was enough public relating for today. She bid the two men from Warm Springs goodbye and left the air center, ignoring the appreciative glances from a couple of the other jumpers milling around. She had a job to do, and she couldn’t afford to be distracted. Besides, a big male body had been the start of her problems in Washington. That wasn’t a mistake she planned to repeat here.
Crunching across the gravel parking lot, she headed to the SUV the Forest Services had issued her. According to what Mitch had told her, the point of origin for the recent wildfire was on a hillside to the west of the reservation. She already had her gear in the back. Pulling her phone up, she mapped the area, wondering what the best route would be. She’d also need to contact her superior, let him know about this new development.
“Hey. Wait up.” Dak trotted up to her. “I’m supposed to keep you company.”
It had been a while since she’d been a girl who needed company. He definitely didn’t look like the kind of guy who would be used to being unwanted. Maybe all he needed was to be let off the hook. She halted,
squinting up at him in the midday sun. This close, she was painfully aware of how tall and broad he was, dwarfing her five-foot-four-inch frame.
“Look, Dak, you seem like a nice enough guy and I get the impression you’re getting dragged into this. So, if this isn’t your scene, I get it. You can bail. I can wait until tomorrow for the investigator.”
“What kind of nice enough guy would I be if I did that?” He hitched his thumbs into the belt loops on his pants. “What’s that?”
“Point of origin.” She lifted her phone, showing the map.
He cocked his head and grinned as if he found her adorable. “That’s not going to help you.”
She glared at him. “Google maps is quite—”
“Trust me, I’m better.” He folded his arms over his chest. “Come on. I can help. I’m a great tour guide.”
She rolled her eyes. “You ever hiked that ridge?”
He grinned. “Once or twice.”
Of course he had. Guess she wasn’t going to shake him. The lights of her SUV flashed as she unlocked the doors. “Climb in, then.” 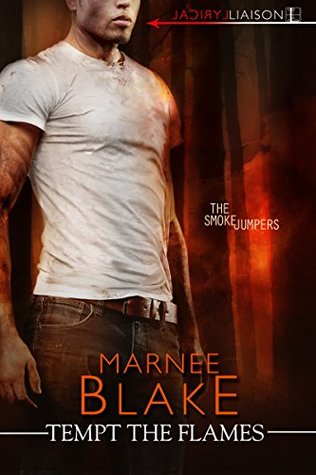 Meg Buchanan is determined to prove she didn’t get the trainer job in Redmond, Oregon’s rookie smokejumper class because of her family’s long history as firefighters there—or out of pity. But if teaching one of her own brothers isn’t challenging enough, Lance Roberts is in the new class of recruits. Once her brother’s best friend, and her first, unrequited crush, he’s also the son of the man responsible for her dad’s death.

Lance is stunned to realize that this confident redhead is the stubborn girl he once dreamed about. There’s no way he can fall for her now. He needs to focus all his attention on his training—and discovering the truth about the long-ago fire that killed both of their fathers. But as the undeniable heat between them threatens to ignite, someone attempts to put an end to Lance’s amateur sleuthing—and his life…

About the author:
Award-winning author and RITA® finalist Marnee Blake used to teach high school students but these days she only has to wrangle her own children. Originally from a small town in Western Pennsylvania, she now battles traffic in southern New Jersey where she lives with her hero husband and their happily-ever-after: two very energetic boys. When she isn't writing, she can be found refereeing disputes between her children, cooking up something sweet, or hiding from encroaching dust bunnies with a book.

a Rafflecopter giveaway
Posted by CCAM at 5:25 PM

Crave the Heat has the best cover of the two books.

A new series for me! And some great covers. I like the theme the author chose.

I think Marnee Blake has a great future in writing, so I now consider myself a fan of hers. I will read this book. (jozywails@gmail.com)

This sounds like an exciting story! Looking forward to reading it!
digicats {at} sbcglobal {dot} net

This cover is sexy and hot! Love it.

No questions - the cover is interesting

I've one-clicked this title but still need to grab book one. I'm looking forward to reading this series.