In a world where Greek Gods rule... The Allegiance Book 1 by Erin McDermott

"I loved reading this book!!When I first read the description I knew I had to read it! Girl falls for her captor? Yes please! I loved how fast paced this story was and how it didn't drag on. The writing was very fun and easy to read. =" Izzy, about book #1, Goodreads 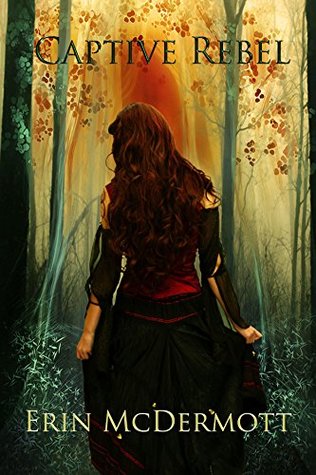 In a world where Greek Gods rule over the Allegiance, Marylyn O’Conner struggles to survive.

Marylyn is a rebel, forced to do the rebellion’s bidding until an unforgiving family debt is paid. A pawn in the war against the Allegiance, she is obligated to become a rebel spy, or her family will suffer.

When word spreads that an Allegiant Prince, Ariston, has escaped rebel captivity vowing to hunt down rebel spies, Marylyn realizes her only hope is to escape Allegiant territory.

While on the run, Ariston captures Marylyn, preventing her from any chance of returning home. Desperate, she knows she needs to escape her alluring captor or risk the safety of her family.

But Marylyn can’t keep herself from falling for the mysterious prince as she finds that he can empathize with her troublesome past - a past no ally has understood before.

"This fast-paced dystopian fiction novel is mixed with fantasy, mythology and romance! It was such a unique blend of genres. I automatically became fascinated in the world and time period. " Amanda, Goodreads 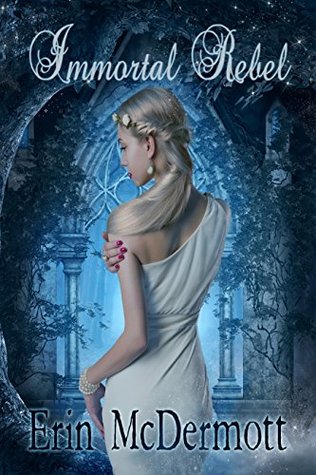 He is scarred by betrayal, she lives by deceiving others...

Betrayed, rebel Michael O’Conner blames himself for the Allegiance laying waste to the rebel town Pyke. After Pyke’s destruction, a curse of immortality was placed on him by the three Furies. Ashamed, he vowed to live a disconnected life, undisturbed by anything occurring outside his seclusion.

Phoibe is an Allegiant bounty hunter, circumstances forcing her to collect bounties or lose her only home. When she is tasked with capturing a girl named Marylyn O’Conner, for a promising reward, Phoibe agrees. To aid in her mission, she creates an alliance with the isolated immortal, Michael O’Conner.

After learning his sister has been taken captive by an Allegiant Prince, Michael O’Conner realizes he can no longer hide from the world. He agrees to join Phoibe and save his sister, completely unaware of her ulterior motives.

Phoibe knows she needs to keep everything a secret from the handsome immortal, or risk losing her only home. Phoibe only hopes she can handle the heartache that will come with betraying a man who has already experienced so much betrayal in his past.

"I love a book with great character development and the author nails that in this book [...] Suspense, action, romance is throughout the story keeping you turning the pages looking for more." soccermom, Goodreads 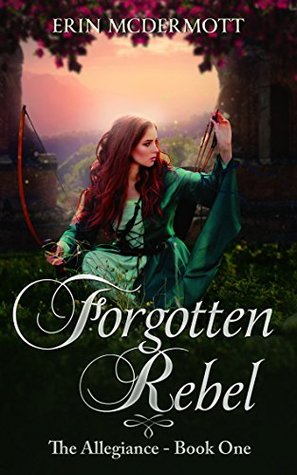 She will do anything to save him, even risk her only chance to return home...

Fanny is an exiled princess of the Allegiance, a faction favored by the Greek Gods. She was exiled for loving a rebel, but now he has gone missing. She will do anything to find him - even place her trust in the mysterious yet enticing stranger, Adonis.

He promises Fanny he knows where the rebel, Charles, has been taken, but refuses to explain how he knows. Seeing that he is her only hope, she follows him on a journey to the Allegiant capital, hoping Charles is still alive.

The only catch? Adonis does not know Fanny is exiled. She needs to feign Allegiant royalty if she wants his help. Desperate, that is exactly what she does.

"Charles grabbed my interest from the very beginning and the story just got better. The twists and turns are fun and Fanny leads us on an adventurous ride. The characters are well drawn and likeable and we want to know more about them." MMLannon, Goodreads 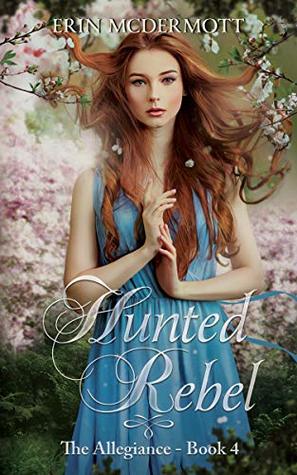 Fanny successfully saved Charles and escaped Ambrotos, so why does everything feel so wrong?

With Adonis and the Ambrotos army hot on their tails, Ariston, Orion, Fanny, and Charles struggle to make it back south before being captured. Again. This time they may be captured by the man Fanny grew to trust - Adonis.

While on the run, Fanny struggles to break through to Charles, who has become incredibly distant. She managed to physically save him, so why is it so hard to save his mind?

To top off Fanny's battles, she has to deal with a mysterious witch who continues to taunt her dreams and infiltrate her mind. The witch promises to hunt Fanny down, but Fanny doesn't know when. She cannot help but wonder if the witch in her mind is a figment of her imagination or if she is truly being hunted by the unknown. If she is, she isn't quite sure she'll survive.

About the author:
Erin McDermott was born and raised in New Jersey. She graduated college with a bachelors degree in History. If she's not in her room writing, you may find somewhere on the Jersey Shore with her family. She has been writing stories since 3rd grade. It was not until after experiencing the fast-paced life New York City had to offer that she decided to finally take the plunge and finish her first book, CAPTIVE REBEL (The Allegiance, Book 1).

During her years in college she expressed a deep interest in Greek Mythology, which she incorporates into The Allegiance Series. She is incredibly grateful to her family for supporting her throughout the trials and tribulations of the independent publishing process.

I like the girls on the cover. they are Femanine yet strong. Bernie Wallace BWallace1980(at)hotmail(d0t)com

I enjoy this genre and the series sounds exciting. Beautiful covers too!

I like both of the covers. They are ethereal and very pretty!
digicats {at} sbcglobal {dot} net