"This is an excellent romp of a story, which combines emotional drama,romance and action (including a fantastic chapter in which all thecharacters test out some pretty awesome weapons) into a fast-pacedsci-fi adventure!" - Clare Diston at Human Voices Editorial Services 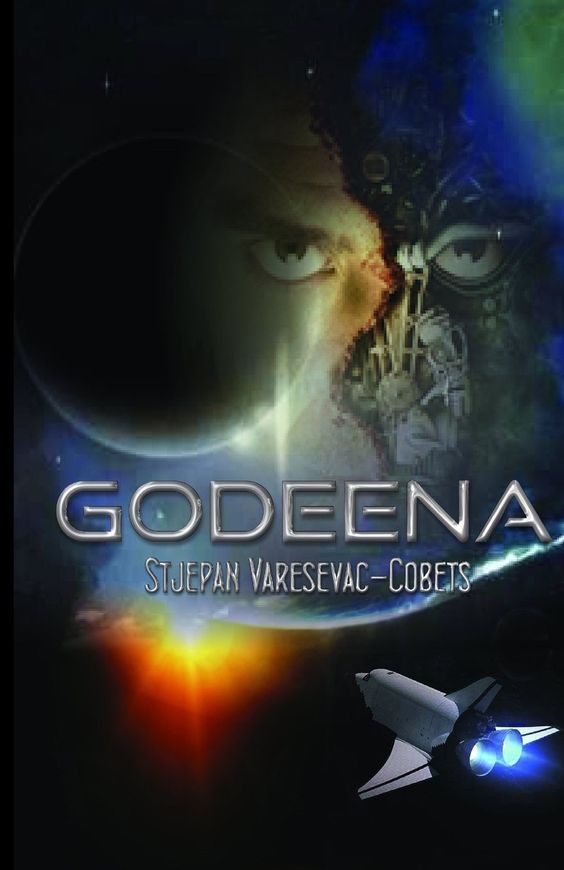 Major Henry Broncon miraculously survives a battle with Ansker soldiers on the planet Morad. He is found under a pile of corpses, the only survivor; his best friend and the whole of his brigade remain in the field of death. Broncon is fully acquitted, receives a medal for bravery and is promoted to the rank of Brigadier, but he cannot forgive himself and he feels responsible for falling into the Ansker trap.

Shortly after, the Anskers are beaten and the war ends. The winning terrestrial colonies receive ownership of a system called Naude, comprised of various planets including Godeena. On the surface of Godeena, there is a huge, completely preserved but uninhabited city that scientists have named the Absolute. Analysis of the city reveals no signs of life. A team of scientists is sent to investigate what has happened to the people and animals of Absolute. A few days later the team is attacked and contact with the scientists is lost. The General Staff sends two teams of Special Forces to find out what has happened to the expedition but they also disappear, leaving no trace.
The Commander of the General Staff, General Hensell, is personally involved with the mystery. He requests Brigadier Henry Broncon to gather a unit, composed of the worst inmates from the inescapable prison, Hades, to investigate what is happening on Godeena. Henry accepts this task and collects 17 prisoners, each with unique skills. Among them is Maria, who possesses enormous psychic powers and has a wicked second personality called Kir.

The unusual team of criminals, led by Broncon, travels to Godeena to discover what terrors await them there.

Only a miracle had saved her and the four members of the exploring team. They wore the latest, state-of-the-art military space suits when they entered the tunnels under the town of Absolute. The suits protected them from all sorts of radiation and poisonous gasses. Although the suits could withstand temperatures over 100˚C, they couldn’t stay in such extreme conditions for more than an hour. The helmets were plated with solar cells that charged the storage cell pack. The cell packs, in turn, energized a system capable of purifying and cooling the air in the suit. With the energy stored in the storage pack, Diana and her friends could work all day before they were used up. Despite the innovative system, the cell pack was easy to use and could be customized for each of its users.
With the other four members of the team, Diana explored underground for hours. They surveyed only a small part of the complex. When they lost communication with the camp, they came back to check on whether all was well. They were shocked to see that the camp was completely destroyed and all their friends were dead. A bluish haze appeared to settle over everything, making parts of the butchered bodies even more grotesque. Diana’s deputy, Aron Coller, took off his helmet and ran anxiously to his wife’s tent at the other end of the camp, but he couldn’t find her. Diana and the rest of the team watched him with pity. He was behaving like a madman, turning over the dead that lay around the tents. While they watched, they noticed a boy appear from the haze like an apparition. Aron ran up to him, knelt, and gently stroked the boy’s head, watching his large, terrified grey-black eyes.
“Where were you? Did you see what happened?”
The boy remained speechless, shaking his head left to right. Suddenly, he uttered a word in an icy voice that made them all tremble. “Naughty!”
That’s when they saw behind Aron, a sight that frightened them out of their wits and froze them on the spot. From the dense indigo haze, monsters from their worst nightmares materialized. Filled with horror, they watched the black armored torsos that spurted forth sharp thorns dripping greenish liquid. The monsters towered over Aron by more than two feet. Their heads were long, big-boned, almost-predator like, with huge teeth. Like wings, they spread their armored, jointed limbs that ended with long, sharp black edges and on which blazed greenish slime.
In what looked like the last moments of his life, Aron felt a presentiment of danger and hoped someone could help him. The monster nearest to him swung and with a single stroke cut off his head. Blood gushed out of his neck like a geyser. The head rolled on the ground towards Diana and her team. She trembled to see his eyes, which showed the final moments of writhing pain.
The monsters jumped on the remnants of his body and started to butcher it. The little boy was completely sprinkled with blood, but he didn’t move. He was looking at her team fixedly, muttering something they couldn’t comprehend. Fear had gripped them, and not one moved despite the horrible sight. The silence that followed seemed to last for an eternity.
Suddenly the boy waved his hand. The monsters disappeared and he was again wholly clean. Once more, he looked towards Aron’s chopped-up body and in his voice, which was more like the hoarse grating and raging growl of a prehistoric animal, he retorted angrily, “Very, very naughty,” then disappeared in the haze just as he had appeared.
They couldn’t surmise up until then that they had been lucky because they hadn’t taken off their helmets; otherwise, they’d have experienced a fate like Aron’s. Diana and rest of the team lingered for some time, afraid to make any sudden moves.
After giving the incident sufficient time, Diana made a sign with her hand for the others to move. “You saw what happened to Aron. Don’t take off your helmets, for there’s a good chance the boy can’t see us while we’re in these space suits. Let me check what’s left of our transporter ships and see if they’re in good shape. You’ll wait for me here.”
Nobody contradicted her decision, so Diana set off to the runway, knowing very well that the team was as shaken as she was.
Walking through the haze, she thought about the boy a couple of times. He was floating like a ghost above the butchered bodies. All her friends and colleagues were dead. Nobody had been spared. What horrified her most was his satisfied smile and his rapture as he bowed and gently touched some of the butchered bodies with his fingers. Above all, the craziest thing was that he was singing a bizarre song the whole time:
“You’re very, very, very bad,
Now not worth what you wept,
It’s time to be refunded,
Let life come back to death.
You’re very, very, very bad...”

About the author:
Stjepan Varesevac-Cobets was born on 12 September 1965 in Split, Croatia. He lives and works in Kastel Sucurac, where he finished his elementary and secondary schooling.

At a very young age, he started reading and loved it because, through books, he traveled to places he could never visit in person. As a child, he loved fairy tales and adventure but later discovered other genres. When he found a Jules Verne book in the library, he became fascinated by science fiction. He has been writing poetry for fifteen years and has started writing science fiction. Lately, he has also written children's fairy tales and fables.

I have read "An Opened Heart" and "The Sleepy Way", so I know I will enjoy reading this book. (Audrey Stewart)

What a cool cover

Thank you Bocephallus, I'm glad you read my poetry and I hope you like this novel too. :)

I like the eyes on the cover. I hope that your book is a success. Bernie Wallace BWallace1980(at)hotmail(d0t)com

Thank you, Joseph. I hope that the book will appeal to fans of science fiction and adventure. I'm glad to hear that readers like the book I set in Giveaway. :)

Great cover, synopsis and excerpt. This looks like a must read for me.