After a breathtaking journey through Iceland, Vanessa Evanston finishes her dream vacation with her two best friends in the capital city of Reykjavik—and wakes up the next morning on the ground, on a tiny island 250 kilometers north, with no memory of how she got there.


Hidden starts in full: the bad deeds or events already happened and the characters have to deal with the consequences. In some measure, we find very quickly “who” is to blame, but there are a lot of other questions to be answered: why, how, when… and most important how and if the characters should accept these consequences or not and what they could do… I had the "advantage" that from the moment I chose the book to read it to the day I actually read it, some time passed already and I forgot the book description (blurb) and that was a big plus in what regards the unexpected, suspenseful and mystery of the story. If I had read again the description, I think that my reader’s pleasure would have been diminished.

The pace is brisk. The small pauses are for delivery of some details that prepare (as the reader will see later) the twists and changes that are to come. The last part of the story seems also a bit slower, but I think that it was necessary in order to prepare the set for the next volume. The character directly involved will suffer changes too. I hope that the rest of the characters (of both races) will become more involved in the new volume/s because they are too beautiful to be left out outside the main plot. While the romantic relationship apparently is a simple one, deeper meanings and reasons are to be uncovered due to the duality of the main female character. The complications are on their way.

The writing is flowing smoothly. The descriptions are easy to visualize. The cold, wind, hills and rocky shores add to the atmosphere and story tension.

In what regards the fantasy side of the story, Mrs. Morgan made use of the Icelanders’ believe that huldufólks (the hidden people) are real and must be treated with respect and to not upset their dwelling places because the person who does that will pay for doing so. If the punishment is in accordance with the deed it remains to be seen; after all, the good and evil are both embedded in all of us. I loved the fact that Mrs. Morgan stimulated my curiosity to find more why the modern Icelanders still believe in the existence of huldufólks (or other types of fairies) or at least do not deny it.

Do I want to read the next volume? Certainly! And I have a lot of expectations from it. 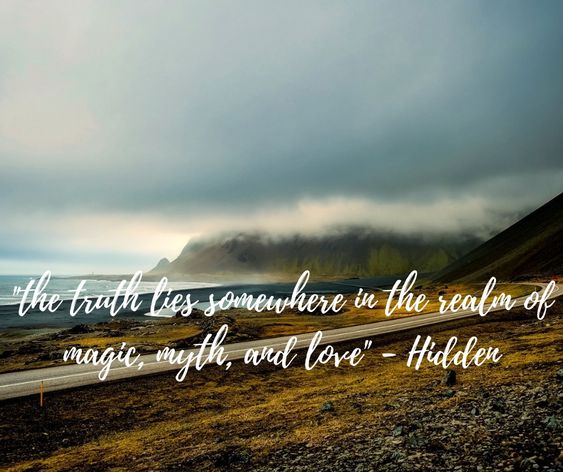 After a breathtaking journey through Iceland, Vanessa Evanston finishes her dream vacation with her two best friends in the capital city of Reykjavik—and wakes up the next morning on the ground, on a tiny island 250 kilometers north, with no memory of how she got there.

Luckily, handsome and kind-hearted local Gunnar Heimirsson stumbles upon her—unluckily, he can’t explain her mysterious journey either. Nor can anyone explain why Vanessa soon discovers “last night” actually happened a year ago, and everyone thinks she’s dead.

Iceland is known for its folklore, but beyond the elves and mountain trolls, there are other creatures: beautiful, powerful, and vengeful, known as the huldufólk. Gunnar has been alive for a century, trapped by their curse after angering them. From the far flung Westfjords to the black sands of Reynisfjara, the answer to Vanessa’s missing year might be connected to Gunnar’s punishment—as well as his long-lost wife, Hera—but the truth lies somewhere in the realm of magic, myth, and love, and Vanessa has only just discovered fairy tales are real.

About the author
Megan Morgan is an award-winning paranormal and contemporary romance author from Cleveland, Ohio. A mild-mannered airport bar supervisor by day and purveyor of things that go bump in the night, she lives on the often-wintry shores of Lake Erie with her spoiled cat and adult son, both of whom shed too much. 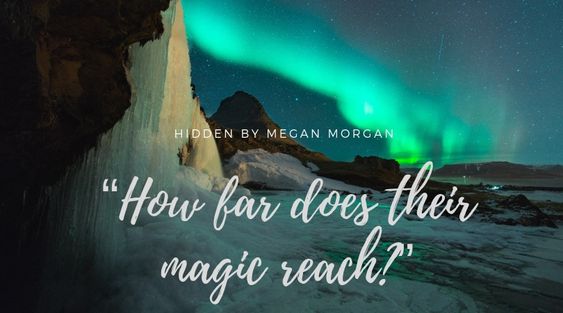 I enjoyed reading the featured review and description. Looking forward to reading.

Thank you so much for the review and for hosting my book!

I wanted to read this as soon as I read the blurb. And the cover art is breath taking.