"What a fun book to read! I am so glad I did not miss this book, the fantasy and paranormal underpinnings lend depth, which is not often encountered in a modern action tale. [...] The author has done a really nice job of writing this book. She shows a mastery of POV, she gives a wonderful depth to her characters and the settings." Mark, Goodreads 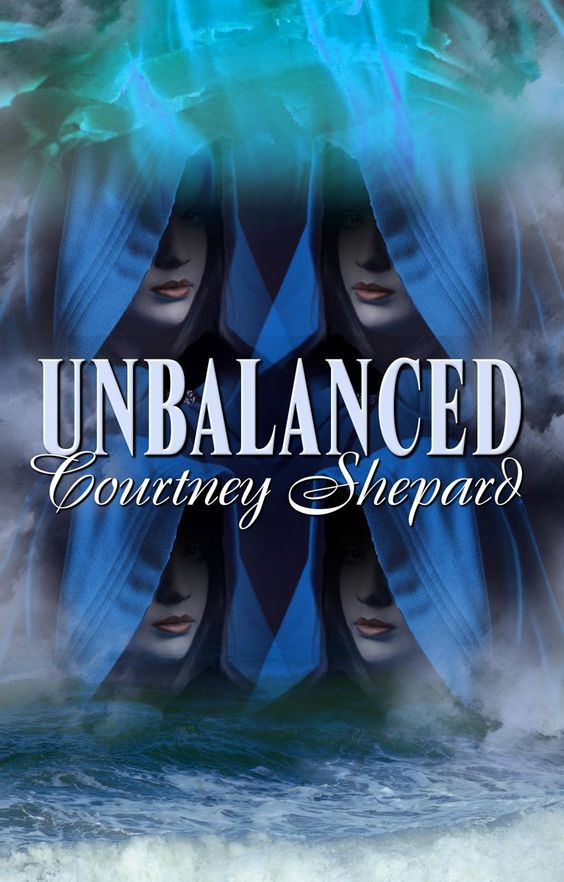 Every generation four sisters with power over earth, air, fire, and water are born to fight against a fanatical, secret faith. The Order exists only to sacrifice the sisters for their power. With each success their strength and control grows. They have never failed, for their rule depends on it.

The sisters, separated at birth, are unaware of what hunts them...but they are coming.

A handsome stranger discovers Asha in hiding, and swears allegiance to her cause. She falls for him; though he is not who he says he is. Betrayed and imprisoned inside the Order, Asha is without her power for the first time in her life.

As the war heats up haunting secrets and true motivations are revealed, but the sisters must unite and override their instincts and trust the untrustworthy if they are to fight their terrifying destiny.

Both destiny and free will are repeated themes in my debut novel Unbalanced. The tag line for Unbalanced is Four sisters, one destiny.

Generation after generation, the sisters with elemental power are sacrificed by a fanatic secret faith called the Order. The sisters are hunted through time by evil madmen who need the sisters’ power and can only gain it through sacrifice. Through the ritual sacrifice the Order will grow stronger; however, everytime the sisters are reborn their power also grows stronger.

While the sisters share the same destiny, they come from different upbringings and have very different approaches and attitudes to the revelation of their deaths. The one common factor is they do not intend to go down easily.

On the flip side, the sisters have the free will to make any choices they want. Asha teams up with a man named Clay and his three brothers. Asha should be fighting this man, running from him, yet her instincts are practically forcing her into his arms. Their pairing feels too much like destiny and Asha doesn’t trust that. The attraction and connection feel pre-destined, for how else could you explain a warrior’s attraction to her captor? And I don’t mean in the Stockholm Syndrome sense.

Her free will allows her to walk away from him, even though her destiny is telling her they belong together. Eventually, she fights her destiny so hard she attacks Clay just to prove to herself she can. Asha would never allow anything as soft and mushy as a destiny to have control over her.

So in a way Asha is in a continuous struggle of proving her free will and fighting her destiny throughout the entire story.

About the author:
Courtney Shepard is a freelance writer living on Salt Spring Island, British Columbia. After initially studying for a career in journalism, she switched to fiction writing.

Unbalanced is the first book in the Unbalanced Series published by Champagne Books.

a Rafflecopter giveaway
Posted by CCAM at 6:33 PM

thanks for hosting and good luck with the book

I enjoyed the book trailer and it sounds like an exciting read. Fabulous cover art too!

I like the use of blue on the cover. Congrats on the release. Bernie Wallace BWallace1980(at)hotmail(d0t)com

Sounds like a read I'll truly enjoy. Loving this genre.

If I had only seen the cover I still would want to read this. Fabulous!

Thank you so much everyone!! ❤

It took me about a year for the first draft. Then another to get it to something readable. Lol.

I love my cover too. So much.

This book looks like a lot of fun. I like the girl in the blue hood on the cover. Bernie Wallace BWallace1980(at)hotmail(dot)com

Interesting the author changed from journalism to fiction writing. Glad she's doing what she loves.

sounds like an interesting read. Would love to win the gift card as well

I like the use of blue on the cover. I hope your book is a success. Bernie Wallace BWallace1980(at)hotmail(d0t)com

I would love to see this cover art as a movie poster.

What writers influenced your writing style the most? Bernie Wallace BWallace1980(at)hotmail(d0t)com

Do you have any ideas for a sequel? Bernie Wallace BWallace1980(at)hotmail(d0t)com

Good luck with the book and Thanks for the giveaway.

I think that the "conflict" between free will and destiny preoccupied people for... ever... in plus it makes a good challenge for the characters What they would accept and/or how. After all, we are the sum of our deeds.
Thanks for the story and GP