"The Fortress is a beautifully written “For Whom the Bell Tolls” love story set
A sensational page-turner of a tale told with all the passion of a novelist and all the sensitivity of an historian, honor bound to do justice to the conflicting truths of men, women, families, rivals, religions, collaborators, communists, nationalists and simple French patriots during the Nazi occupation of the author’s beloved mountains in southeast France." 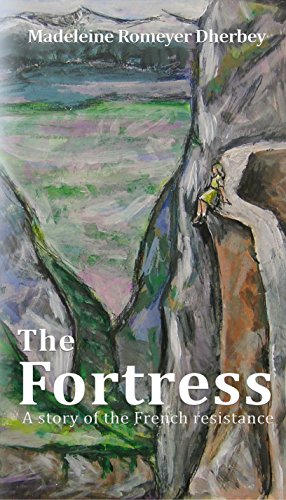 The war has not made much of difference in Alix’s life. Her father has seen to it that she grows up unaware, unworried, but safe in her tiny village under the cliffs of the Vercors. All around her he has built a fortress whose walls are impregnable—until the 27th of April, 1944. That day he makes a stupid mistake up on the cliff, and the walls of the Fortress start crashing down. Reality breaks into Alix’s life with unrelenting violence, unforeseen possibilities. From now on, every decision she makes will mean life or death.

Six weeks before Operation Overlord, a thousand kilometers from the beaches of Normandy...

There are no generals in the French Vercors, just a handful of men and women against the Nazi war machine. They have nothing left, no friends, no allies, no hope. They are the Fortress, a place of striking beauty, a crossroad of redemptive power in the destiny of a fallen nation. Can their last stand make a difference?

The tale is inspired by my own family history. Three of my uncles were condemned to death for collaborating with the Vichy government and betraying C2, a Resistance camp, to the Nazis. Their sentences were later commuted to forced labor, but the national disgrace verdict stood, and they had to leave the area to avoid being murdered. Despite the death threats, my father— who had fought with honor during the war—decided to stay. The legacy was hard to overcome in a community mauled by four years of occupation and violence, and seventy years later, my last name remains associated with the destruction of the Maquis of Malleval.

The Battle of the Vercors started with a dream of freedom. When Pierre Dalloz and Jean Prévost conceived of the Plan des Montagnards for the Vercors in 1941, France was defeated, its army disbanded, its people divided and demoralized. Yet three years later, a small force was growing beyond the cliff, entrusted by the Allies with a mission to disrupt German movements after Overlord in Normandy and Anvil on the Mediterranean coast. But the dream fell short, with no Mediterranean landing or backup. The paratroopers who did come were German. While London weighed timing, tactics, and obsolete command structures, the small army of the Vercors, the first Maquis of France, its first free republic under Nazi occupation, was abandoned to its fate. For six weeks they fought with fierce and sometimes desperate courage a force twenty times superior in size, equipment, and training. They were slaughtered, sometimes tortured in the mountain’s sawmills. Hundreds were deported to their death.

The Fortress is a tribute to the dream of those who fought and fell for Freedom.

About the author:
Madeleine Romeyer Dherbey was born in the French Alps, moved to the United States twenty-five years later, and currently lives in the mountains of Virginia with her husband, two daughters, and Mikko.

the more you comment, the better your chances of winning
a Rafflecopter giveaway 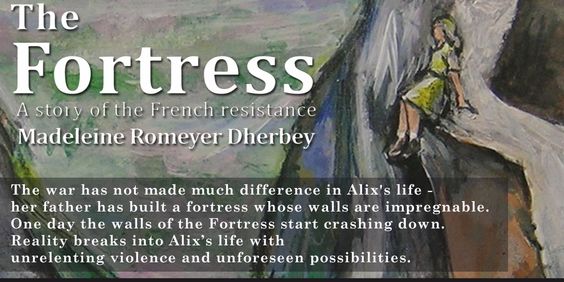 It's always a great day when we find great books to read. Congrats on the tour and thanks so much for the opportunity to win and another great post.

The Fortress sounds like a good read. Thank you

If you could go anywhere on vacation, Where would you go? Bernie Wallace BWallace1980@hotmail(d0t)com

Thanks for the informative article. This is one of the best resources I have found in quite some time. Nicely written and great info. I really cannot thank you enough for sharing.

I love your cover. I wish you success on your tour.

Are any of your characters based on you or people that you know?

Do you remember the first story you ever read, and the impact it had on you?

If you have experienced it, how have you overcome writer's block?

What is your favorite part of developing characters?

I absolutely LOVE this cover! That right there makes me want to snatch this book up.

I have enjoyed following this tour and look forward to checking out this book!