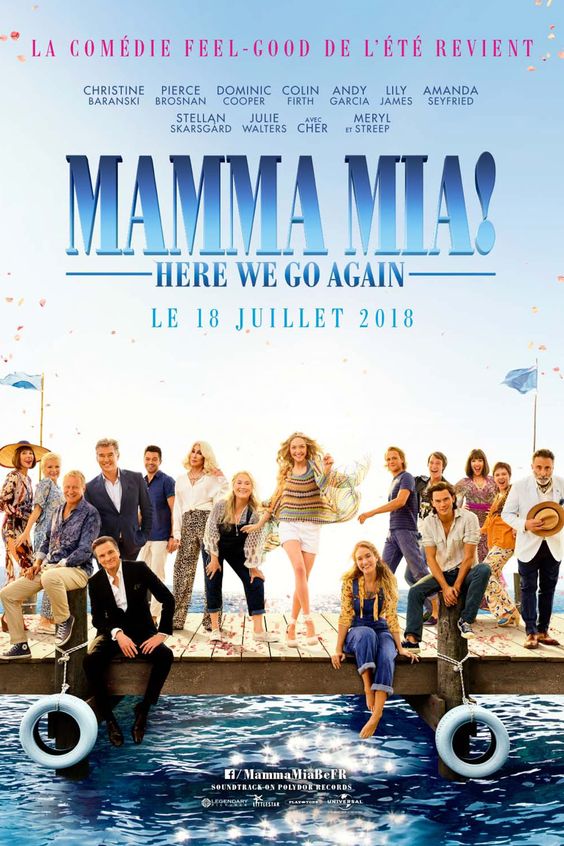 Here we go again indeed! To the viewers who’ve watched the first film ten years ago and loved the premise of the story and of course singing to the Swedish band ABBA’s infamous hit songs, welcome to Mamma Mia number two. We are basically enrolled back into the plot of the first film. In the 2008 movie, we are told the crazy story of how Meryl Streep’s character’s daughter, the daughter is portrayed by Amanda Seyfried, has no clue as to who her father is. Actually, nobody knows and her dad is one out of three possibilities. Best summarised by one of the characters: “Typical isn't it? You wait 20 years for a dad and then three come along at once”. In this film however, the storytellers have chosen to delve back into the past and present to us a visual representation of the crazy story of Donna’s (Meryl Streep) pregnancy story. The idea that we see a young Meryl Streep so to speak (young Donna Sheridan to be precise) should come as no surprise since the trailer reveals as much by showcasing actress Lily James as the young version of the main protagonist of the first film – the mesmerizing Donna Sheridan.

The plot of both films is not particularly original. The first film is reminiscent of the 1968 film ‘Buona Sera, Mrs. Campbell’ where Italian actress Gina Lollobrigida’s Mrs. Campbell is Donna Sheridan to some extent. Not a musical and not as romantic but Mrs. Campbell had three lovely nights with three different men during the war and she also got pregnant with a girl. The problem: Mrs. Campbell doesn’t know who the father to her child is and all three likely suspects come to visit “their adult daughter”. As for the sequel, as far as sequels go Mamma Mia 2 is not particularly creative when it comes to its plot because it explores more the past than the present. If you watched the 1st movie, you’re already aware of Donna’s past - her pregnancy story. However, Mamma Mia 1 is pretty much a stand-alone film, therefore, conceiving a sequel must’ve been extraordinarily hard. 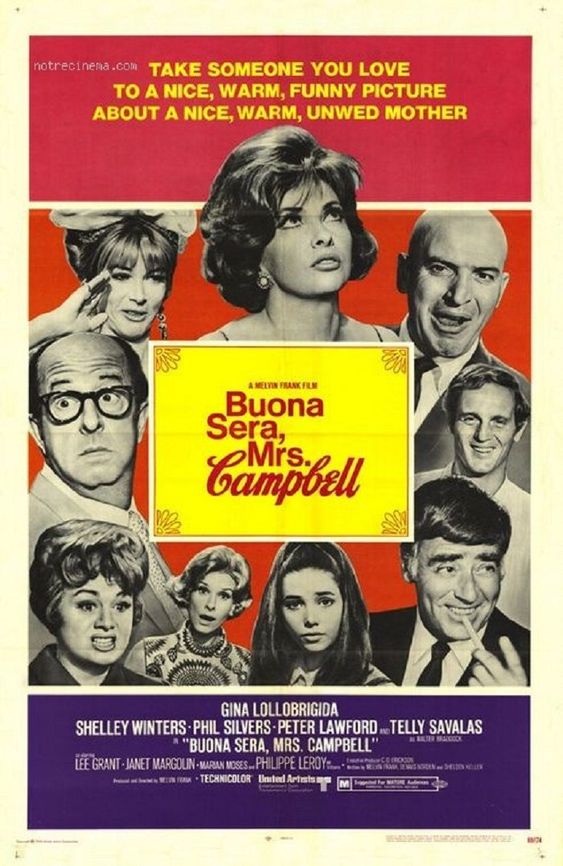 Representing the past with young fresh faces seems to be the only viable and also entertaining thing the producers could have done. As a viewer myself, I wouldn’t be able to tell you what I would’ve wanted to see in the sequel. I wouldn’t necessarily want to see an update on the characters’ lives because that would take much less than 2hours, perhaps 5minutes tops. It’d also probably not be too interesting because the story of 3 dads is wild and dynamic, you’d want the update to be the same otherwise anything else would feel underwhelming. The update couldn’t be too wild either because then it wouldn’t be realistic. Making an entirely new plot for the sequel that connects to its predecessor truly appears to be impossible to figure out. The best idea for the Mamma Mia sequel is the one we actually get to see, the words ‘Here We Go Again’ are apt and promising. A quick note, just because it’s not necessarily original, it doesn’t mean it’s easy to make and that it won’t be good to watch.

The second installment makes the effort to be more comedic and includes more choreographies. Considering that half or maybe more than half of the soundtrack consists of the songs from the first film, they had to raise the ante somewhere. The funny bits are really well built. The laughs stem out of the awkward moments shared between the characters. Even if they’re awkward, a bit cringy, it is also very sweet by nature. There’re more sophisticated dancing routines in this film which aren’t just kept for the stage which I found interesting. I don’t have any further opinions on it, I presume that they could afford more dance routines due to the fact that this film had a larger budget. The costumes also do not disappoint! Shiny, metallic, sparkly!! Beautiful to behold. Also, being dragged to a summer in the early eighties inspires one to integrate the Mamma Mia wardrobe into their own.

I really enjoyed that the actors and actresses portraying the ‘young, fresh faces’ in the film were actually young, fresh faces – in the sense that contrary to being A-listers, which all of the older cast is (Academy Award sweetheart Meryl Streep, former James Bond, Molly Weasley, Mrs. Lockhart from the Good Wife TV series, Mr. Darcy and Bootstrap Bill… just to name a few of the iconic roles this group of people got to play in their careers), the new cast is composed of people at the beginning of their acting careers, not yet recognizable. Except for Lily James who starred in Downton Abbey and as Cinderella in Disney’s live-action film. It’s refreshing to look at old talent and new talent at the same time. Cher also makes an appearance in the film as Sophie’s grandmother. I wished there was more character development for the grandmother because the questions that could’ve been answered regarding why she was distant and harsh towards Donna while pregnant (in 1st film Donna’s mum tells Donna not come back home whilst pregnant) are not answered. One can speculate and over-analyse but it would’ve been nice to actually put Cher’s character to good use and tell an eager, curious viewer more.

Is this sequel sensational? Better than the first one? I honestly can’t give you a straight answer. It is a good movie, that’s for sure. The thing about this movie, perhaps more so than the first one, is that it is a hearty, sweet, wholesome film. It’s the sort of film you watch or put on on a Friday night with family and friends. It’s the sort of film that will raise your spirits because of the enthralling melodies which I guarantee you’ll sing along with. It’s the sort of film that makes you want to go on holiday, go on a ‘spontaneous’ adventure as Harry would say (Harry is a character/one of the three fathers in the films) so that you yourself end up in your sort of romantic mess like Donna did. The Mamma Mia series is not meant to be critiqued, it’s meant to induce joy in its audience. It is about the atmosphere it creates. The power that Mamma Mia 2 beholds is that of nostalgia.

Personally, I really relished the experience of watching this film. I can’t wait to see it again!

Email ThisBlogThis!Share to TwitterShare to FacebookShare to Pinterest
Labels: Movie, My Reviews

With the help of a man called Dr.Ogbodo I was able to get pregnant. I'm 56years of age, it was really difficult for me to pregnant though my husband loves me but it was really hurting me not having my own child but after many years I came across Dr.Ogbodo whose email address is ( Miraclebabiesworld@gmail.com ) or you reach him direct on his cell phone number +2347050270227 he told me he is going to send me a Herbs for me to drink, and will fall pregnant a week after drinking the Herbs I'm 8months pregnant now and also I will like to advice everyone looking for help to get pregnant to contact this very man via his email address at ( Miraclebabiesworld@gmail.com ) or call him on his cell phone number +2347050270227.