He was given a new life, a new choice, a new path...
He threw it all behind, choosing seclusion and a little town....
...filled with werewolves.
A war is brewing, eclipsing his romance and dragging old ghosts into town... 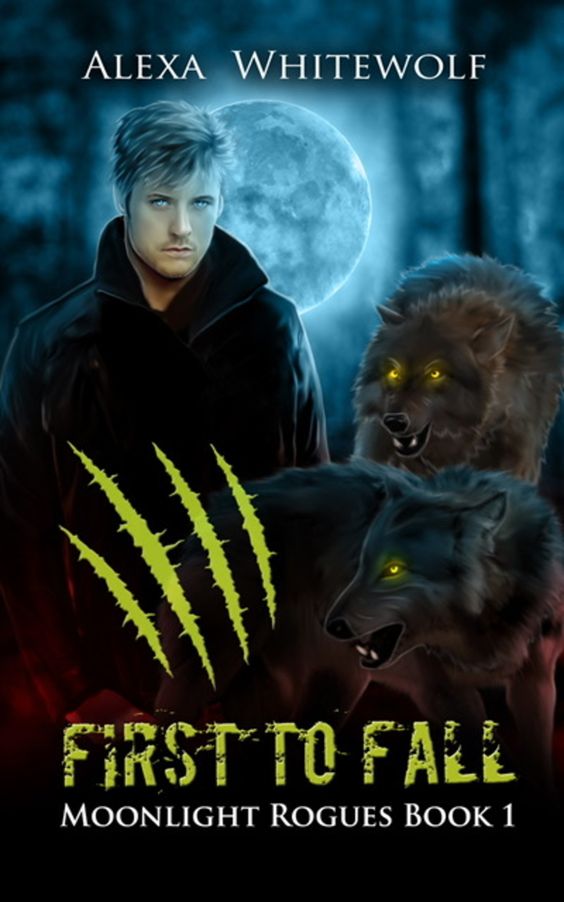 As a Romanian myself, I was tempted to insist on the way in which the author has used our folklore and fairy tales or better said folktales. I tried to reign myself because I believe that you readers will be interested only in the final product and not necessarily in the author’s source of inspiration. I will only say that our folklore and mythology is so vast and complex, with features that vary from a part of a country to another on a scale that goes from very small details to entirely new concepts (for example, the werewolves aka vârcolacii, in some parts of the country, could actually be vampires; also they could be good or bad, playful or vengeful, brought back by love or hate… a.s.o), that there's no way to limit the possibility and probability of new, original stories.

Anyway, putting aside the source of inspiration, “First to Fall” has some interesting approaches that increased the quality of the story. The romance part and the “adventurous” part are well mixed. On the romantic side, I could say that the author challenged the “physiologic” mate connection / concept (solving the issues that some of the readers have with this fated mating thing) and giving to those involved additional problems to solve. The relationship between characters and the changes that take place are plausible, pleasant and well graduated.

The action part of the story starts and steadily flows intertwining with the romantic one, and it is developed in more than one thread. Certainly, the diversity of “wolves” is useful for increasing the number of problems, but also to bring solutions. We get the alphas with their well-known characteristics, and Mrs. Whitewolf succeeded to maintain both of the main alphas males at the same level of “alpha-ness”. More importantly, the end of a thread does not mean the end of the story. And even more important is that the danger does not remain at a declarative level: there are confrontations and fights in which our characters’ demise is still a possibility (even it seems improbable with our day authors we cannot be sure 100%). There is some brutality, gore (after all, we are dealing with werewolves and vârcolaci!) and enough tension to keep you reading and to add value and significance to the relationships between the characters.

As a conclusion: we could probably foresee the ending, but as it is said the quest is what that matters; and I can tell you that for me it was a good ride that left me eager to find how the author will fulfill her promises in the next volumes. 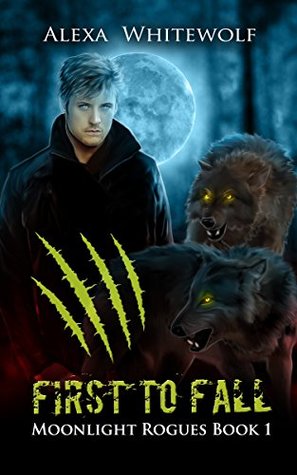 Once upon a time, Dominic Kosta didn't have a last name. In fact, he had nothing growing up in a secluded orphanage in the mountains of Transylvania. Then an American couple adopted him, and life changed. He left behind the old
legends, the myths, the hunger within him.

He threw it all behind, choosing seclusion and a little town....

Rockland Creek may be a hole in the middle of nowhere, but Dom's happy there. Life has its perks between fixing cars and seducing women. And best of all? There are no rules, other than Lucas'. Then Lucrezia San Marco walks in, and draws him in like a moth to a flame. Only, she only has eyes for Lucas, his boss - and alpha of the pack.

There's nothing normal about Rockland Creek - or Dominic's existence there. But things are about to get worse, and not just because he sees the girl he loves slipping through his fingers.

A war is brewing, eclipsing their romance and dragging old ghosts into town...

As Dominic navigates the murky waters of romance and obedience to his leader, his feelings for Lucrezia can no longer be tamed. But not everyone supports their relationship - and the Reapers have a word or two to say against it. As does Lucrezia's ex, and the demons he brings with him.

Fire and ice, cold and hot, wolf and human. Dom and Luz will have to combine their differences and learn to compromise, or risk being torn apart by the wave of change unfurling onto Rockland Creek.

Book I in a new series of sizzling werewolves, forgotten folklore and untamed legends.

About the author:
The basics?
I was born in Romania (yep, Dracula's country!) in 1992. As a curious kid, I devoured every book I could on Greek, Roman, Ancient Egyptian mythology. I studied university in political science and languages. I speak five of them: french, english, romanian, italian, spanish (feel free to correspond with me in whichever language!).

My current hobbies outside of writing? Training dogs, running, reading.
So, how did I get into writing?

I've been writing for as long as I can remember. I wrote my first novel, The Sage's Legacy, when I was 14. It's currently undergoing a new editing process, and hoping to release it along with the sequels sometime soon :)

I'm one of those people with an overactive imagination (my main #1 reason as to why I can't watch horror movies!), so I put it all on paper. I dream about it, zone out about it, doesn't really matter when or where, something's always in my head.

And, sometimes, those somethings turn into novels. Like Avalon Dream! I dreamt one of the scenes, a night way way back, when I still kept a journal. Woke up at 5am, wrote it down in my faithful little notebook, and forgot about it for years!

My lovely fiance found it one day while we were cleaning, and asked me what it was all about. So I started telling him about the story, and as I'm talking, it develops into this larger narrative... And yep, you guessed it, I wrote it down. I worked on it for months, and spent even more months editing.

To find out more about Alexa Whitewolf you can visit her at:

Thank you!!! 😁
I’ve always wondered what another Romanian would think of the story, and you sum it up perfectly!
I wanted to dig so much more into the varcolaci part, but I had to find a way it’s not gonna be too confusing for readers who don’t know the history :) I’m absolutely in love with this series though and hope to dig into MUCH more with the next books 😁😁
Anyway just wanted to stop by and say thanks hehe

You did a good job! I liked your story.
And in addition to the story in general, I was very... let's say curious.. about how you'll deal with and what you'll choose from our folklore. I understand that you had to find a middle way, but I enjoyed the way you stepped up and changed Ileana's role in the story, stressing her role after her "happily ever after" where most of the stories stop. I also saw the names you used and I like to think that "Dom" comes from "domnitor" and Radu from the name of Tepes' brother and other of his relatives... so you kept it in the family :)
aaa.. also, it was strange but very nice to see the endearments (and chapter names) in Romanian. We have a beautiful language :)