The kitchen has always been Hannah’s happy place, but as she prepares to compete for prize money any aspiring baker would drool over, she notices something weird. Weird even for a culinary student who still talks to the ghost of her dead roommate. 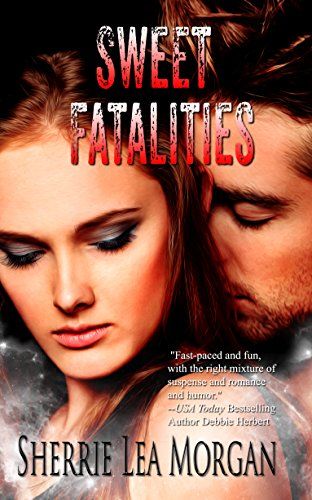 The kitchen has always been Hannah’s happy place, but as she prepares to compete for prize money any aspiring baker would drool over, she notices something weird. Weird even for a culinary student who still talks to the ghost of her dead roommate.

As competitors are eliminated through illness and mysterious deaths, the contestant list is starting to look like a hit list—and she’s on it. It figures the only cop she can trust is the one who investigated her roommate’s death. An ill-mannered detective with an overly suspicious mind.

Neil Garrett’s is haunted by a meddlesome ghost that inhabits his new/old fixer-upper, and by the memory Hannah’s hot curves, fiery curls, and equally fiery temper. No one knows better than he what it costs her to ask for his help, and this time he won’t let her down. She's the only woman he's ever wanted for his own...she could also be the next target of a madman with a taste for murder.

“It’s okay, honey. The power’s gone out. I’ll go check the fuse box,” Neil assured her with a quick squeeze to her arm.

“No, it’s not that. I heard a moaning before the lights went out. Didn’t you hear it?”

“No, I didn’t hear anything. Likely the wind outside is picking up a bit. We’re supposed to have rain tonight. I haven’t had time to trim the tree branches.”

She shook her head, and her body swayed. He stepped forward, and she wove her arms around his shoulders. He curled his arms around her soft curves and pulled her close, lowering his head to speak into her ear. “I’ve got you.” And he did too. He held her, and he always would, if she’d let him. He sucked in a quick breath at having his hands on her once more. Hannah’s shaking eased, and she mumbled against his chest. His body hardened at the contact. Her lavender scent wafted around and wrapped him in its cocoon. He inhaled and pulled her closer. Wait. She’d said something. Her chest vibrated against his, then she tipped her head away. He dipped his head lower to hear.

“I’m scared,” she said in a low, trembling voice.

Hannah’s next inhalation pressed her soft breasts against him. He bit his lip to stop from groaning and locked his knees. What the heck was she doing to him? His mind jumbled thoughts together when their bodies touched, and now…holding her, he was at her mercy.

About the author:
One of my goals while writing my stories is to encourage readers to see ghosts differently. I love to add in other paranormal elements and a twist of mystery suspense into my stories, as well.

I am an active member of Romance Writers of America and my local chapter Georgia Romance Writers. I live north of Atlanta, GA with my twin sister, three dogs and two cats. When not working my current manuscripts, I love spending time my family. Although family members refuse to join me in my paranormal movie thrills, they are supportive in my obsession of all things scary. Sherrie writes paranormal romance with a twist of mystery. 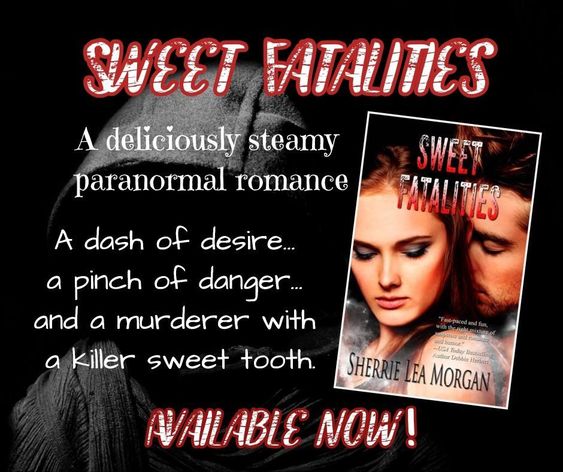