"An utterly captivating and quickly-paced thriller..."
Author, Victoria Ichizli-Bartels
"Here is another fascinating book from an author I came to enjoy so much."
A.G. Mogan, author of The Secret Journals of Adolf Hitler 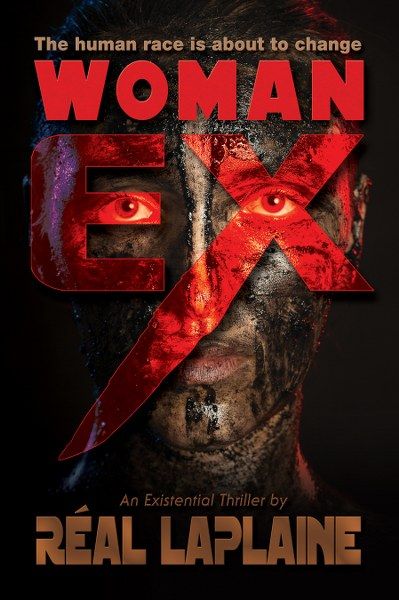 The world in the very near future undergoes a radical shift in power - changes forced upon it by two global catastrophic events.

Wars suddenly fade to nothing. Religious conflicts disappear. Crime is all but gone. Nuclear weapons are banned and peace reigns across the globe. The proverbial "new-age of man" has come, but not without a price.

Woman EX is a thrilling ride into the near future, one where women must take over in a world where men have become an endangered species and are expendable. But, all is not well in the new utopia. Power, as always, corrupts some entrusted with it, and the vision of a society without men drives Lady V, the President of New America, a woman haunted and driven by her own demons, to do the unthinkable. She is about to introduce Woman EX - something that will change the human race forever.

She shook her head, a look of pure disgust now reflected in her eyes. “Tanner, Tanner, Tanner, don’t play that card with me. History is witness to the truth and you know it too.” 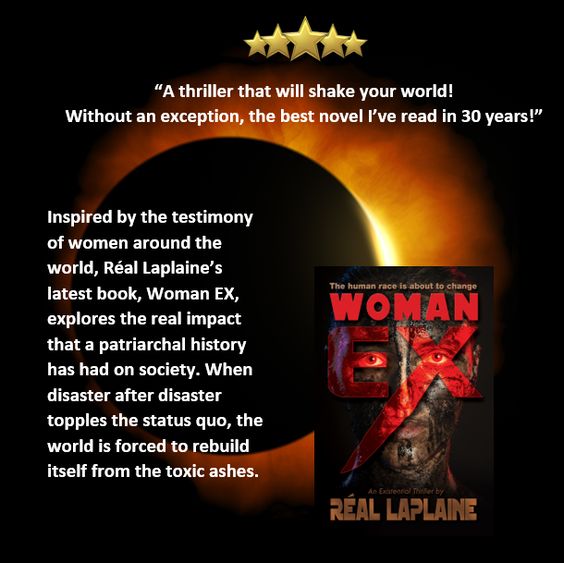 “Men make war, not women. Men build war machines and weapons of mass destruction, not women. Men walk into schools and shoot kids up, not women. Men run the streets in gangs, killing and raping and pillaging – women don’t do that. Men run human trafficking rings, not women. Men kill. Men murder. Men rape. In fact, statistics across the world showed that men committed most of the brutal crimes throughout history – that’s indisputable fact.” She paused, her eyes now seething with a passion that betrayed some hidden pool of hatred.

“Do you recall any infamous NAZI figures who were women? Do you remember the names of any women who were shooting Jews in the back of the head or committing atrocities during the Holocaust? Name one woman that started and engaged a pogrom to wipe out a whole race of people?” She shook her head at him. “You can’t, can you? Because the infamous characters who screwed up the world were men, and while some women may have played a role in coaching them, or pandering to their power, or spreading their legs for them, they didn’t officiate the tragedies.”

She turned and walked to the far wall and then, leaning against it, folded her arms across her chest with a look of imperious authority on her face. “Men very nearly put us on the path of World War III, a war that would have destroyed the world.” She points a finger at him. “A handful of nuclear weapons caused that much destruction, so imagine what would have happened if Russia, China and the others had joined the party?”

“Is it?” She approached. “We found transcripts, in the wake of the Cataclysm, as men were off dying by the millions and could no longer protect their secrets from public knowledge, both in the Pentagon and their equivalents in Russia, China and elsewhere, showing that their leaders were preparing for nuclear war. You think they gave a shit if millions or billions died, Tanner?” She shook her head. “They didn’t; because they knew they would survive it, and in the end, the minority, the rich, the entitled, the bankers and corporate moguls, the oligarchies that ruled the world, would swoop in and scoop up the property and the broken nations, just like they did in World War II, and start over again, only more powerful than before.”

She lingered with a wag of her head. “You just don’t get it, do you, Tanner. Why build tens of thousands of nuclear weapons if you’re not going to use them eventually? The Cold War wasn’t just a stand-off between global powers, held at bay by nuclear bombs, it was just foreplay for the inevitable theater, the day when some stupid fuck would press the little red button. And, unfortunately, the timing was right, we had two stupid-fucks in power at the same time.”

About the author:
I write existential thrillers in geopolitical, crime and sci-fi genres. I don't strictly follow the rules of the genres - my books have an existential weave to them. I invite the reader to step outside the box of mediocrity and see different perspectives and possibly even, to challenge the paradigms that have become our accepted "norms." 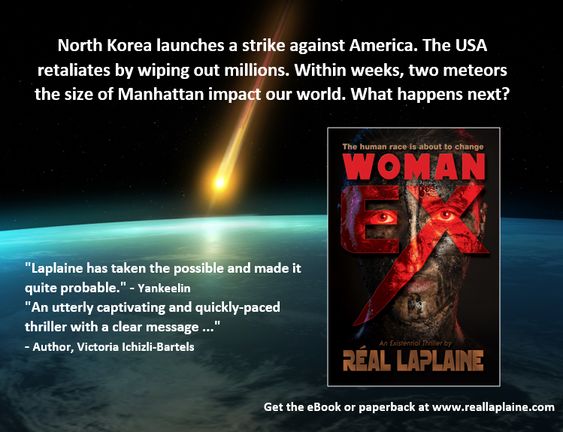 Author's Giveaway
a Rafflecopter giveaway
Posted by CCAM at 5:53 PM

The cover is wicked and looks like it's a good representation for the thrills inside.

The cover is nice. It seems like there is some war paint on the subject' face.