Juan Pablo and the Butterflies by J.J. Flowers

"The novel delves into a variety of hardships … the content is powerful. Flowers delivers a … touching contemporary novel that is … relevant in its treatment of drug-trafficking, immigration, and human rights issues.” (Kirkus Reviews) 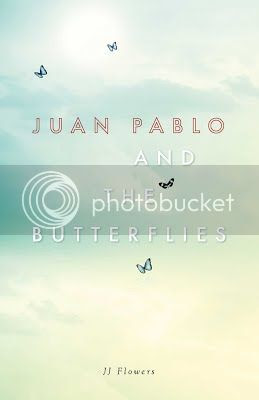 Read Juan Pablo and the Butterflies Before It Comes Out On The Big Screen!!

Juan Pablo, a brilliant classical violinist, lives in El Rosario, Mexico’s Butterfly sanctuary. His grandmother Elena is the local medicine woman. The story opens with a bang: a group of narco-traffickers have posted banners signaling a takeover of their town. El Rosario is turned into a ghost town, but Juan Pablo must remain, as his grandmother has fallen gravely ill. His best friend Rocio and her grandfather (who owns the local cantina) stay as well, to help Juan Pablo care for the woman they all love. Just before Elena dies, she makes a startling announcement: she tells Juan Pablo it is time for him to follow the migration of the butterflies north--up through Baja into the United States and all the way to Pacific Grove, CA, another butterfly sanctuary, where, she promises, someone will be waiting for him.

Who this is becomes one of the mysteries fueling the novel.

After shooting up the town, the droguistas take over the cantina, demanding food and discovering Rocio hiding in the upstairs apartment. Juan Pablo must save his best friend and the love of his life. In desperation he uses one of his abuela’s poisons and inadvertently kills eight men. An epic chase begins, one that puts Juan Pablo and Rocio in constant danger on the ever so suspenseful and exciting journey north. Did I mention the story rips beginning to end?

A strong spiritual element is woven throughout the narrative, emerging as Elena’s unique, wise and sometimes comical understanding of the world guides our two heroes on the treacherous journey north. The spiritual element provides a strong counterpoint to the devastation, violence and ruined lives brought by the drug cartels operations on both sides of the border.

Praise for Juan Pablo and the Butterflies:

In the otherwise quiet butterfly sanctuary of El Rosario, Mexico, Juan Pablo (JP), a thoughtful teen who loves playing his violin, recognizes the sound of drug traffickers that have taken over his town. His abuela, a doctor and naturalist, lies on her deathbed, from which she directs him to follow the butterflies’ migration to Pacific Grove, California. First, though, JP takes desperate measures to save his dearest friend, Rocio, from his town’s violent drug dealers. His actions yield a more dangerous result than anticipated, and JP must use his talent, wit, and abuela’s sage words to get himself and Rocio to safety. A thrilling series of events ensue that keep the reader wondering if the teens will make it to California alive. An abundance of heart-pounding action makes this a page-turner that adroitly deals with immigration, drug trafficking, and human rights issues. The story’s violence is offset by remembered conversations with abuela—both amusing and insightful—and the tender relationship between two young adults who have spent their lives together. (Booklist May 15, 2017)

Juan Pablo cracked open the door of his modest home, and peered down the darkened street. The bratatat sounded louder than the blaring music and a furious rev of engines. Like a hammer to glass, the onslaught of noise destroyed the quiet of the butterfly sanctuary. Headlights swept El Rosario’s plaza as several trucks and an SUV circled the cobble stone square. Armed men hung off the side of the trucks and the relentless barrage of their machine guns filled the star-filled night.

Narco-traffickers. Here in El Rosario, home to a billion Monarch Butterflies and the two dozen families who loved them.

Juan Pablo slammed the brightly painted front door with the rainbow colored “Welcome!” sign. For the first time in his life, he found the rusty old lock and bolted it. He rushed to switch off the lamp at his abuela’s bedside before collapsing to the floor. He finished his ninth desperate text to the Novedades de México, the major newspaper for Mexico City.

Help! Narco-traffickers are shooting up the plaza in El Rosario. No one is left but our neighbors Mario and Rocio Ruiz and my abuela, Dr. Elena Venesa. She is unconscious with a fever--we need a doctor. Please send help

After hitting send, he texted Rocio who was hiding in the Cantina:

Juan Pablo: Can u get here?

Rocio: Too late. Under the bed. Scared. Praying. You? Elena?

Juan Pablo: Same. She is so still…

Rocio: Abuelo will request an ambulance for her.

Juan Pablo: Be safe Rocio. Don’t come out until they are gone. Promise me.

Juan Pablo stared with horror at his shaking hands. His violinist’s fingers, long, calloused, agile and strong, had never failed him before. He clasped them tight, and made his way to to the door to listen.

Last week a large black, red and white banner, sporting a menacing el Diablo with sinister eyes and a leering grin stretched across the sole road into their sleepy town. This was how the drug cartel marked a territory and warned the people that the police could not protect them now. The tourists had departed with most of the butterflies nearly a month before. Of the locals, everyone with relatives in Mexico City, Guadalajara or anywhere with a larger population and so somewhat safer, had packed up and left. Everyone promised to send help back to save the old lady they all loved, but no help ever came. No ambulance dared pass these murderous gangs.

Machine gun fire cracked like thunder and lightning into the sky.

Would Rocio be safe under the bed?

Born auspiciously one year, one month, one day apart from him, Rocio was his best friend in this life. (Even though she was bossy and they spent half the time arguing with each other, “like two puppies rough housing,” his abuela said more than once, “You Juan Pablo, such a know it all and Rocio always so bossy, this great cosmic dance between you two is hilarious already…) He closed his eyes, conjuring Rocio’s waist length dark hair and bright, teasing eyes, her skinny legs, and big feet.

Rocio’s uncle in La Peñita de Jaltemba, just north of Puerto Vallarta, begged them to leave before it was too late, but both Mario and Rocio had refused. They would not leave either him or his abuela. “Even if my abuelo could bear to lose the Cantina to the banditos, how could we possibly leave Elena and you, JP?”

Mario had agreed with his granddaughter. “Elena saved my beautiful wife’s life. She saw my daughter into this world and then Leonardo and Rocio. She taught Leonardo all she knows about the herbs and potions and helped him become a doctor too, bless her.” Rocio’s mother worked as a nurse in Arizona, helping to pay for Leonardo’s medical school in Puerto Rico and she was now very close to becoming a US citizen. “We owe everything to Elena, we all do,” Mario added. “Besides, Rocio would never forgive me if anything happened to you, Juan Pablo.”

You could sometimes reason with these modern day monsters, Mario had heard. Wasn’t it rumored that they sometimes paved a road or built a school or gave money to an orphanage? Mario planned to beg them to let an ambulance through for an old woman. “We will pay whatever they ask. Even the worse banditos would not let an abuela die for no good reason. And since no one is here but us and the butterflies, they will soon tire of El Rosario and be gone.”

Just keep Rocio safe. They wouldn’t hurt her, would they?

She was just a girl, only fourteen.

The relentless gunfire and booming music snatched the hope, replacing it with an escalating fear as he thought of the hundreds of stories of the narco-traffickers brutality and viciousness. “Like a deadly virus consuming my beloved country,” his abuela had shaken her head helplessly, knowing no medicine of magic with which to save Mexico from this terrible plague. Everyone had at least one relative, often more, who had lost their life’s savings, died, disappeared, or lived in fear of dying and disappearing. This army of the devil shot people for no reason anyone knew, and like demons from hell, they often tortured them first. They were known to disappear whole families, killing those police that they couldn’t bribe, and taking over whole towns before stealing everyone’s money. They recruited boys even younger than him, forcing them to rob, hide drugs, kill, or be killed. His abuela always imagined El Rosario, their tiny portion of paradise was at least safe, that the mountains and the butterflies themselves would always protect them. But this was not so anymore.

The gunfire and rev of engines abruptly ceased.

Unlatching the rusty lock, Juan Pablo cautiously cracked the door an inch in order to better hear. A man shouted orders, his loud demands rose above the noise of drunken laughter. Tajo, Rocio’s dog, barked frantically at the commotion.

Did they shoot Tajo? Why would they shot a little dog?

Sweet, friendly Tajo, their town’s mascot, Tajo whose wagging tail greeted the tourist buses, who followed them up to the meadow in the afternoons, Tajo who loved his violin’s music, Mario’s left over uchepos, and Rocio’s gentle hands. If they killed a small dog, what else could they do? Would they let an ambulance through to aid an old lady? Would they leave a young girl unharmed?

The answer ricocheted through his mind, but how could he stop them? He was just a teenager, tall maybe, but skinny too. He had no gun, power, and worse, no courage. He might love superheroes, but he was not one of them. All he knew was music and books; he was the exact opposite of an action hero.

He shut the door again, bolting it again.

His gaze found his abuela’s stilled form on the small cot.

How could the old woman fall ill now, when they needed her most?

About the author:
Most of JJ Flowers' published books are historical romance novels (Avon Books, Zebra Books,) many of which actually won awards and one of these awards was almost considered prestigious. She finally stopped being able to write these novels when she began having fantasies of killing off her heroines—in really dreadful ways. Her screenplays have been optioned at Warner Bros., Julian Krainin Productions, Bright Light Pictures among others; She suspects she holds the record for most amount of options! Two of her screenplays have received excellent coverage: The Good Fight, Clarence Darrow’s most compelling case where he successfully defended an African American physician who was falsely accused of murder and a two part miniseries Harriet Tubman: Let My People Go. As the world confronts the refugee and immigration crisis, Juan Pablo showed up to share his story, one that she thinks can offer hope for everyone. 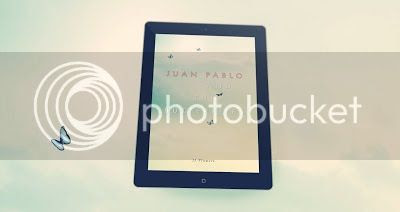