"Tj O'Connor is that rare thriller writer with both talent and street time in the worlds he rockets us readers through. O'Connor’s stories will pull you in and race you through plots that come from behind the headlines in our crazy world." ―James Grady, New York Times best-selling author of Last Days of the Condor 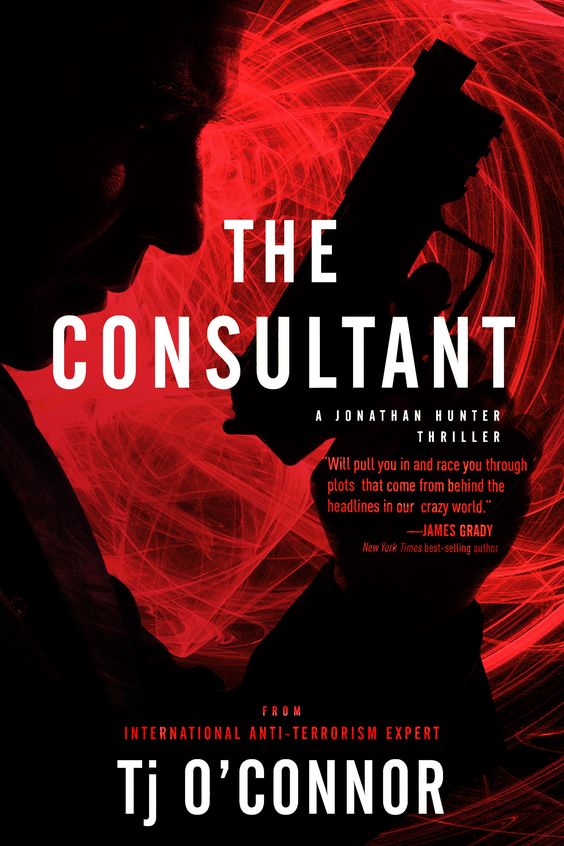 When a rogue CIA consultant goes AWOL from his Middle Eastern post in response to his brother’s plea for help, he arrives just in time to witness his brother’s murder. For years, Jonathan Hunter and his brother Kevin Mallory had not spoken―until Kevin’s final words, “… Khalifah … Not Them … Maya.”

Pursuing his brother’s killer, Hunter stumbles into a nest of horrifying terrorist activity by Middle Eastern refugees, which sparks a backlash across America. In the shadows, Hunter’s mentor, the omnipotent Oscar LaRue, is playing a dangerous game with Russian Intelligence. Neither Hunter nor LaRue realizes that a new threat―the Iranian threat―has entered the game. Stakes rise as two shadowy players are one step ahead of Hunter and LaRue―Khalifah, a terrorist mastermind, and Caine, a nomadic assassin who dances with the highest bidder.

As attacks escalate and the country drifts toward another Middle East conflict, innocent refugees become trapped between the terrorists and the terrorized. Prejudice, hate, and fear vent everywhere. Is this who we’ve become? Before the country explodes, Hunter must find Khalifah, learn the next terror target, and pray he’s in time to stop further annihilation.
Editorial Reviews:

"The Consultant is a flat out, dynamite read. Fast paced, compelling, and all too real. O'Connor writes with authority and the pages fly by almost too quickly. My favorite kind of thriller, reminiscent of the best Ludlum and Forsyth." ―Christopher Reich, New York Times best-selling author of Invasion of Privacy

“Hop on O’Connor’s back and enjoy this ride. Helluva fun tale full of action, layers, deceptions, twists, and surprises. Well worth finding this one, folks. Put the publication date on your calendar. It rocks.”―Men Reading Books

The Consultant has been chosen by Amazon to be a July Kindle Monthly Deal for $.99.
Goodreads ** Amazon ** Barnes&Noble

About the author:
Tj O’Connor is the author of The Consultant, the first of The Jonathan Hunter Thriller series and four paranormal mysteries.

Tj is an international security consultant specializing in anti-terrorism, investigations, and threat analysis—life experiences that drive his novels. With his former life as a government agent and years as a consultant, he has lived and worked around the world in places like Greece, Turkey, Italy, Germany, the United Kingdom, and throughout the Americas—among others. He was raised in New York's Hudson Valley and lives with his wife and Labrador companions in Virginia where they raised five children.

Dying to Know, Tj’s first published novel, won the 2015 Gold Medal from the Independent Publishers Book Awards (IPPY) for mysteries and was a Finalist for both a 2015 Silver Falchion Award and the 2014 Foreword Reviews’ INDIEFAB Mystery Book of the Year.
Catch Up With Our Author On:

Author's Giveaway
a Rafflecopter giveaway
Posted by CCAM at 2:00 PM

This was such a great read! A page turner!

Thanks for this fantastic showcase! I absolutely Love this site. I hope your readers enjoy the book!

Thank you, Tj. It was a pleasure to have you on our blog.
Ride hard, live free, man!