Kassandra never thought she’d be in another committed relationship, but now she’s living with her boyfriend Josh. Things can’t get any better. But they can get worse. 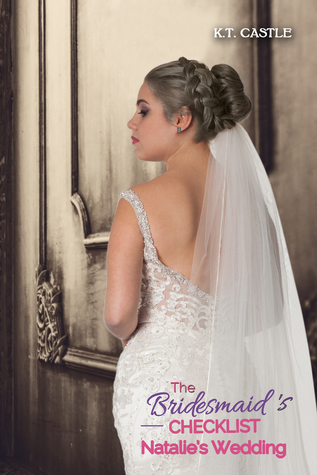 Kassandra never thought she’d be in another committed relationship, but now she’s living with her boyfriend Josh. Things can’t get any better. But they can get worse.

Natalie has dropped a major bomb on her, confessing she believes her husband is having an affair. Kassandra is always ready to help a friend, but accepting that one of their marriages isn’t working goes against everything she believes about the people she loves. Wanting to help their friend overcome this difficult situation and provide Natalie the support she needs, Kassandra and the girls pull a lot of strings to help Natalie uncover the truth. In the process, Kassandra discovers remarkable similarities between Josh’s recent changes and those in Natalie’s allegedly cheating husband. She’s always been an independent woman who prides herself on her own success, and when she digs up one dirty secret after another, she can’t help but wonder if her man’s womanizing days are really behind him.

Sometimes, love makes us twist reality to avoid hurting those we hold closest to our hearts. Join Kassandra and Natalie as they struggle to reconcile their fears in love with the truth.

Whenever a friend of mine dropped for a quick visit, it was always a nice surprise. Having Natalie for dinner was no different. She was a lovely woman, always doing her best to make everyone around her happy and comfortable. I thought she was even more beautiful on the inside than she was on the outside, and that was hard to top. With blonde hair, sky-blue eyes, and a smile so bright, she had a way of making people happy to comply with whatever she asked. But tonight, her charming smile didn’t illuminate her face. If I really thought about it, her smile hadn’t been the same for a while. Now I understood why.

“Why would you say that, Nat?” I couldn’t understand what she’d just told me.

“Because it’s true, Kassie.” Her shoulders fell as she exhaled what she believed was true. “I know it’s hard to believe. I couldn’t believe it myself, but I reached the point where there’s no denying it anymore. He’s definitely having an affair.”

She seemed so heartbroken. Her wide eyes glanced around the house as if she were lost, apparently finding it difficult to concentrate on any given point. She slouched as if in defeat, her hair seemed dull pulled back in a painful ponytail, but most of all, her sad smile seemed forced, so out of place on her face. She seemed so lonely sitting on my kitchen counter stool, regardless of whether or not if Josh and I were there with her. When did this happen? Why didn’t I notice before? I quickly moved to her side and held her in a tender hug with no idea what to say. I didn’t want to believe that Andrik could possibly put her through that. He was always so protective of her, looking after her every need. He was hands down the most decent man I’d ever met.

There had to be some sort of mistake.

“Natalie, do you think you could’ve made a mistake?” Josh sat next to us by the kitchen counter. He and I had been about to have one of our in-home dinner dates when Natalie showed up at our place. Naturally, we invited her to join us. What we didn’t count on was the bitter aftertaste her news had left in both our mouths. “Andrik would never cheat on you.”

Natalie and Andrik had always been the most stable couple out of my group of friends. They weren’t the first to get married—that had been Denise and Clay—but they’d been next in line. It had surprised us all a little when Nat decided to marry a man so many years her senior; Andrik was actually her mother’s age. But everything about them had always been so natural, so organic. They seemed to belong to one another from very beginning of their relationship. I wasn’t any more ready to see that change.

“I wish that were true, Josh,” she told him.” But I’m positive that’s what’s happening.” Her voice trembled with emotion, her eyes red, and her hand felt clammy and cold in mine.

“That makes no sense,” Josh insisted. “He’d never do something like that.”

She laughed a little, more as a defense mechanism than humor, and it came out lifeless and sad. Staring at the dark marble of our counter, she traced the intrinsic pattern with her fingers. “How can you be so sure, Josh? You don’t know him that well.”

“I know him enough,” Josh answered with certainty. He leaned over the counter, holding himself up with his arms and hovering too close for Natalie’s comfort. “He’s crazy about you. He would never do something to hurt you.”

“Well, he sure is hurting me right now.” Natalie had never liked confrontation, and Josh’s questioning certainly didn’t seem to help. She held herself in a protective hug, her eyes now fixated on our floor as she avoided eye contact with either one of us.

About the author:
K.T. Castle loves reading, writing, and painting. She's on a quest to find the words, forms, and colors to materialize the worlds and people of her imagination. She loves reading Romance, especially Young Adult, New Adult, Contemporary, and Paranormal. She never saw herself as an incurable romantic, but lately, that's what she finds herself musing about. Love is found everywhere, regardless of whether it comes from a nice person or an ass—mundane or even vampire.

When she's not busy with work, in front of a computer placing many thoughts in order, she does her best to be creative or relax with a good TV series and snacks. Some of her favorite characters are Lucifer, Jace, Clary, Affton, Cable, Poppy, Zack, Maleficent, and Ariel.

What a wonderful day, and such an amazing place to be.

Thanks for having me here today, Mythical Books.

This is such an exciting there for me, and I'd love nothing more than to share that happiness and excitement with everyone.

I'll be around if you have any questions.

book sounds great thanks for hosting

Thanks for visitin, Rita, AAOC and Wendy.
Best of luck in the giveaway.