which is the worst threat?... The Bone Mask Cycle Series by Ashley Capes

Sofia, the first female Protector in a hundred years, is left defenceless.
Accused of murder, Notch is trying to clear his name while hunted by the city's robed assassins, the very people who are now searching for Sofia. 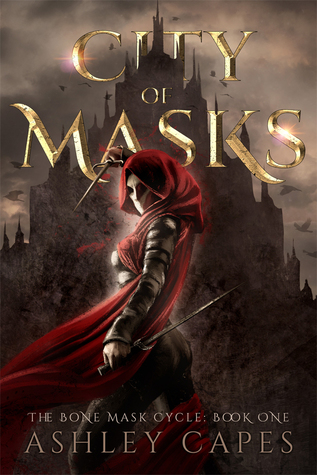 Description:
City of Masks (#1)
When a royal conspiracy topples the noble House Falco, Sofia must take up the burden of her father's mantle and assume guardianship of his Greatmask. Yet the sentient bone mask, powerful enough to Compel those around her, will not speak, and Sofia, the first female Protector in a hundred years, is left defenceless.
Hunted by the king, she is driven from the palace and must fight for survival, alone in the cold streets of Anaskar. There, she crosses paths with Notch, a bitter mercenary with problems of his own. Accused of murder, Notch is trying to clear his name while hunted by the city's robed assassins, the very people who are now searching for Sofia.
To take back their city and cast down the tyrant on the throne, Sofia and Notch must face the blades of Anaskar's assassins, the rage of a mighty sea beast, and the mysterious Lupo, a man with a Greatmask of his own, who has masterminded vicious terrorist attacks on the city that spurned him.
Their struggle threatens to tear the city – and the kingdom - into shreds.
**Get it FREE!!**
Goodreads * Amazon * B&N * Google * Kobo 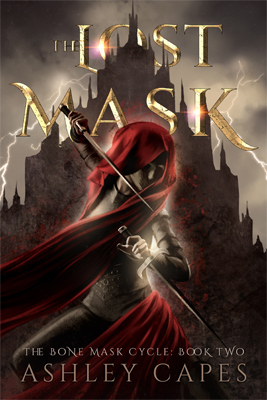 The Lost Mask (#2)
The enormous corpse of the Sea Beast has breached the walls and an invasion from across the sea is threatening. Cut off from the mysterious golden egg and bereft of the hope of ever seeing his family again, Ain remains in prison, at the mercy of the new king who obviously wants something from him.
Meanwhile, Flir and Luik struggle to contain the illness spreading from the Beast, as Notch and Sofia begin their desperate search for her father.
Charged with hunting down Vinezi, Flir and Luik find themselves thwarted at every turn while Notch and Sofia discover twisted magic is at work in the Bloodwood where the strange Sap-Born may prove to be the worst threat they have encountered yet.
**Only .99 cents!**
Goodreads * Amazon * B&N * Google * Kobo 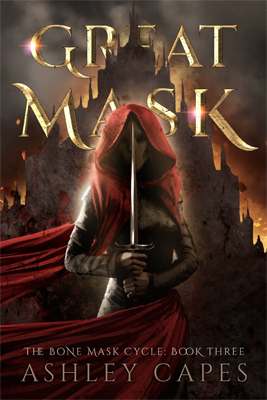 Greatmask (#3)
The Ecsoli have taken Anaskar, raiding the city for bones of the Sea God and holding King Oseto captive in his own palace. Yet there he discovers an even greater threat in the form of his own Greatmask, who grows impatient for the Sacrifice.
Hiding in the blackened streets, Flir must deal with her uncertainty regarding Kanis while gathering a resistance force, where she discovers even her vast strength seems useless before the blue-cloaked Ecsoli.
Beyond the Wards, Ain heads home, ready to face the shame of failing at the Sea Shrine. Instead, he finds mysterious and deadly Darklings hunting his loved ones. In his desperation, he makes a startling discovery about his Pathfinder heritage.
Meanwhile, miles distant, Sofia and her father struggle for mastery of Argeon and Osani as they race toward the city. A battered Notch finds himself making a similar journey, just as unsure if he will return in time to help the city in its darkest hour, as enemies pour through its broken walls.
Goodreads * Amazon * B&N * Google * Kobo 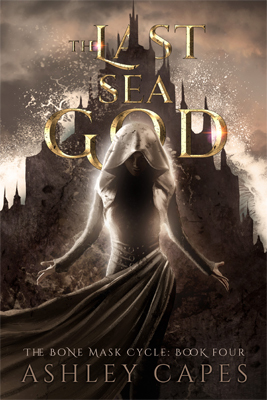 The Last Sea God (#4)
A dark sorceress sinks her talons into the land…
War-hero Notch has abandoned his king and city to wage a war against his own guilt. With the giant Alosus at his side, Notch must search the Land of the Sun for ancient magic to bring a loved one back from the dead. But when he arrives in the city of vipers, Notch quickly finds himself entangled in a web of conspiracy and hidden motives as ruthless Houses vie for the soon to be a vacant throne.
Far across the glittering sea, Notch’s home of Anaskar is still reeling after repelling a mighty invasion. King Oseto is forced to scatter his heroes across the world in a desperate quest for the last sea beast and its bones. With them, he will be able to forge new Greatmasks to protect his people and the fragile state of peace between nations.
Yet evil stirs in every corner of the lands. Reports of new, foul creatures and old foes alike are growing; and worse, the King fears that through his own weakness, he himself has unleashed the architect behind it all.
Goodreads * Amazon * B&N * Google * Kobo 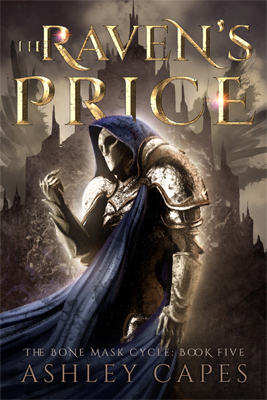 The Raven's Price (#5)
At last, Notch escapes the city of vipers and starts his quest to find Qu-Sitka, the only mage able to restore Sofia. Yet Casselli and the Prince have other plans for Notch and the mysterious bracers he bears, sending along an Inquisitor to watch his every move. And before he knows it, the power of the bracers begins to change him...
Across the sea, Flir finds herself, prisoner and servant, to the White Witch, where she must protect her friends and keep the witch from finding the bones of the last sea god – yet it is easier said than done. And even for a dilar, Flir knows she is overmatched.
Back in Anaskar, Seto is locked in his own struggle with not only a royal imposter sent to replace him but also his own conscience, while Ain finds himself stranded on an island with little clue as to where the Stones of Shali can be found... or if they will even allow him to save the Cloud.
Goodreads * Amazon * B&N * Google * Kobo 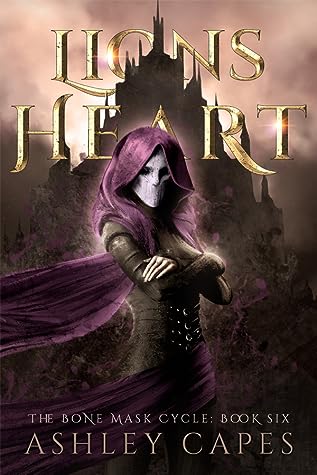 Lionsheart (#6)
Conclusion to the Bone Mask Cycle!
Notch finally holds the answers he sought, along with an unsuspecting Sacrifice... but drawing all the pieces together will prove a greater challenge – especially when it becomes clear that the Fura Leones does not approve of such desperate measures.
In Renovar, Flir must find a way to salvage the bones of the frozen Sea God but Chelona has other plans for the mighty corpse, and trapped within her now is Seto, whose frustration can only build as he watches over but cannot warn his friends.
Equally troubling is the floating city of Ilesinya, which now hovers dangerously near Anaskar, seemingly poised to strike. Lord Danillo is drawing together his allies in a final gambit to defeat Chelona and her unstable creation, Zasemu, but none know her true plan... and when it becomes clear, all lands will face a threat like no other.
Goodreads * Amazon * B&N * Google * Kobo
TOUR SCHEDULE

About the author:
Ashley is an Australian novelist, poet & teacher. You might have read his epic fantasy 'The Bone Mask Trilogy' or maybe you're familiar with his other work, the fantasy/adventure series 'The Book of Never.' Either way, you can read more about his books and get access to giveaways and free books via his newsletter below :)
Ashley occasionally dabbles in film, is addicted to 80s cartoon shows and Studio Ghibli films, and finds himself constantly awed by the simple beauty of haiku. He is also convinced that 'Magnum PI' is one of the greatest TV shows ever.
Website * Twitter * Bookbub * Amazon * Goodreads
Author's Giveaway
a Rafflecopter giveaway
Posted by CCAM at 10:00 AM

Ooh, this series sounds thrilling. Some awesome book covers too.

@Laura - yes and yes
quite tempting this series

The Bone Mask Cycle sounds like exciting reads and I can't wait to get started! I love the covers as well! Thanks for sharing them with me and have a magical holiday season!

These sound wonderful. Thank you for the giveaway!