"my love of history and the mythic storytelling of fantasy"... Dark Tales and Twisted Verses (A Fireside Tales Collection #2) by A.L. Butcher

"Read this one by a fire in a house with a creaking shutter and see if you glance over your shoulder. [...], there's something for everyone in this book. The look at the Ripper is grim but brilliant. The poetry is compelling and heartfelt." - N.N. Light, Goodreads 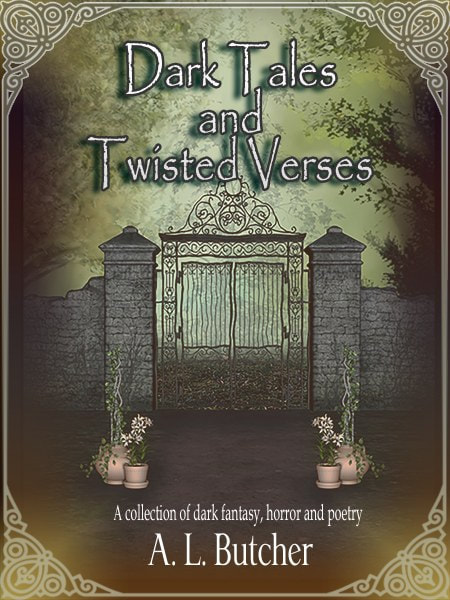 Description:
Dark tales of ghosts of war, blood from the Autumn of Terror, the wrath of nature, an unusual murder and a cynical vampire. Twisted poetry of loss and mayhem.
Some adult themes and language.
Stories:
The Secret of Blossom Rise - A Ghost Story
The Watcher - A Tale of Jack the Ripper
The Last Forest - A Tale of the Wrath of Nature
The Last Dance - An Autumnal Flash Fiction
The Sleeper - A Yoyo Murder
So Many Nights, So Many Sins - A Vampire's Tale
Poetry:
We Must Remember
Giving It All
Enigma
Yours Truly
End of Days
Empty Classrooms
The Glass-Eyed Monster
AUTHOR's Q&A

What attracts you to the genre in which you write?

Predominantly I write fantasy, it’s a genre I enjoy reading. Anything is possible in fantasy – magic, monsters, strange new worlds. I guess you could say that fantasy is the ultimate escapism. I love mythology too – I have a background in Classical Studies, and I’ve loved the Ancient Greek and Roman tales for years. Mythology is at the heart of many cultures – from the Graeco-Romano and Norse basis of European culture, to Japanese, Indian, Chinese and African societies. It’s at the heart of who we are.

Historical fantasy – now that encompasses my love of history and the mythic storytelling of fantasy.

Occasionally I venture into the realms of horror. I have a short story based on Jack the Ripper – that case has fascinated me for years – who was this man (assuming it was a man)? I also have a ghost story and a vampire story. I like gothic horror – Dracula, Frankenstein, Phantom of the Opera. These bring the thrill of terror, but without the in your face violence of some modern horror.

My Legacy of the Mask tales are based loosely on the Phantom of the Opera – a story I have loved for 35 years. The original tale by Gaston Leroux is superb – tragic, yet heroic, mysterious and scary in places. Leroux wrote one of the first Locked Room Mysteries (The Mystery of the Yellow Room) and several terrifying short stories. There are at least a couple that will have you sleeping with the light on for a week. Phantom is a tragic story of love, despair and mystery. I cried when I read it, I still cry when I read it, and I worked on the stage tour for a while, and I still cried every night.

Sometimes one finds a story that touches your soul and becomes part of who you are.

What piece of writing advice do you wish you’d known when you started your writing adventures?

Marketing is hard! Being an indie author means not only do you have to hone the craft of storytelling but you have to learn to do most of the other stuff yourself (or find others to do so if you can afford it). Formatting, editing, cover design, social media, marketing, and all the other things which you didn’t know about in advance. I can write, I can edit and format and I can do a reasonable cover, but convincing other people why they should buy my books – that bit I find a challenge.

If you could have dinner with any famous person or character who would you choose?

Not in any particular order: 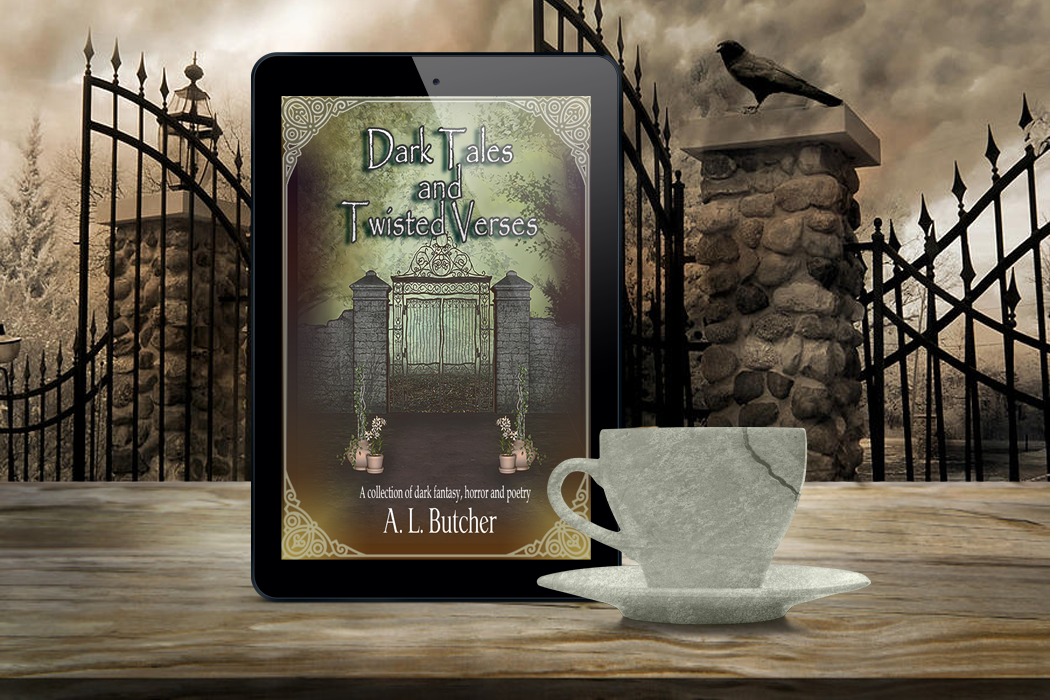 Who has been the greatest influence on your work?

Do you think the e-book revolution will do away with print?

No, at least I hope not. Lots of people don’t have, like or use e-readers and print books are still popular. There is something wonderful about a physical book that is absent with words just on a screen. E-readers are great, they can store an entire library-worth of books, the books are generally cheaper and you can scroll the text to the size you need. Some will read to you, which is great for people who can’t see well. I find non-fiction harder to read on an e-reader, especially if there are tables, illustrations etc. Reference books are far easier in print.

I think the e-book revolution has given authors a chance to write a far more diverse pantheon of books, there is a lot less cost involved in an e-book and it’s easier to format. Short stories don’t work so well in print and are more likely to sell as single stories as an ebook.

Which 3 books would you take to a desert island and why?

Only 3? Erm… The Count of Monte Cristo, The Phantom of the Opera, I the Sun.

Or maybe… The War of the Worlds, Thud, The Lord of the Rings

Or The Odyssey, Watership Down, Dracula

So Many Nights, So Many Sins – A Vampire’s Tale

Amber firelight flickered in the small grate, casting a dancing pattern on the grubby walls of the cellar-bar known as The Cavern. It was, some said, hypnotic; others said the fire heard and saw all – for even in summer it was never truly out, merely banked to embers. Fire had been the friend and enemy of man since Prometheus snatched it from the gods, and this particular blaze had been smouldering for years. Some said decades, even centuries, and that it watched all that went on. Whether this was true Wolfgang had no idea, but it was not a normal fire and such tales served his purpose.

The Cavern had stood on this spot for at least three hundred years, and before this, various structures from longhouse to army tent to inn had been in the vicinity. This land was old, saturated with history. And blood. Battles had been fought, lives taken, lost and even given and through it, all the Cavern stood in one form or another, and its fire burned. Creatures who lived in the twilight world of the undead were drawn to this place. Perhaps it was the blood, perhaps there was something special here. Life was a lure, to those who possessed a parody of it, but in truth, no one really knew or dared to discover. It was the sort of place no one asked too many questions or expected honest answers and so those patrons with things to hide and enemies aplenty caroused in The Cavern in an uneasy truce. The fire saw all, and so did its current keeper. For now, both the fire and The Cavern had Wolfgang’s undead patronage, and both knew it.

Wolfgang Feuerleiben turned his bright hazel eyes despondently towards the blaze and shivered; as usual, he could not seem to get warm even close as he was to it. This place, generally, was cold, as old buildings often were, even with the impressive blaze. Wolfgang had no internal heat, nor did any of his kind; but habits are hard to shake and even a vampire likes to be warm. Bodies with no inward heat found themselves stiff and slow and it wasn’t like a vampire could bask in the sun. Wolfgang surmised it was a throwback to his human past. Memories faded, became corrupted or were forgotten; it was a curse and a blessing – an elder had told him. Wolfgang considered this – ‘memories went with morality. One could not be haunted if one had no memory of past sins and past transgressions’ the Elder had said. Yet almost all his kind suffered nightmares – or rather daymares and the Vampire Scholar who’d propounded his theory had died raving in a fire of his own making. Driven mad by the guilt of split blood. It was hard to be a monster. And much, much harder to be a monster pretending to be a man.

About the author:
British-born A. L. Butcher is an avid reader and creator of worlds, a poet, and a dreamer, a lover of science, natural history, history, and monkeys. Her prose has been described as ‘dark and gritty’ and her poetry as ‘evocative’. She writes with a sure and sometimes erotic sensibility of things that might have been, never were, but could be.
Alex is the author of the Light Beyond the Storm Chronicles and the Tales of Erana lyrical fantasy series. She also has several short stories in the fantasy, fantasy romance genres with occasional forays into gothic style horror, including the Legacy of the Mask series. With a background in politics, classical studies, ancient history and myth, her affinities bring an eclectic and unique flavour in her work, mixing reality and dream in alchemical proportions that bring her characters and worlds to life.
She also curates for a number of speculative fiction themed book bundles on BundleRabbit.
Her short novella Outside the Walls, co-written with Diana L. Wicker received a Chill with a Book Reader’s Award in 2017 and The Kitchen Imps won best fantasy for 2018 on NN Light Book Heaven.
Website * Facebook * Twitter * Instagram * Bookbub * Amazon * Goodreads * Newsletter
Author's Giveaway
a Rafflecopter giveaway
Posted by CCAM at 9:30 AM

From the Q&A "session", I see that we have a lot in common, so I'm curious about your works. Nice to meet you :)

Icame across this recently and it sounds like a perfect fit for me.