What happens when people can create worlds like gods? - The Creator's Eye: Mover of Fate by R.N. Feldman

What happens when people can create worlds like gods? The Creator’s Eye will transport you to a marvelous new universe where adventure is literally pure imagination.
On a hidden archipelago, people known as Movers manipulate matter with their minds while strange Folds in space transform the landscape into wondrous and often deadly anomalies. 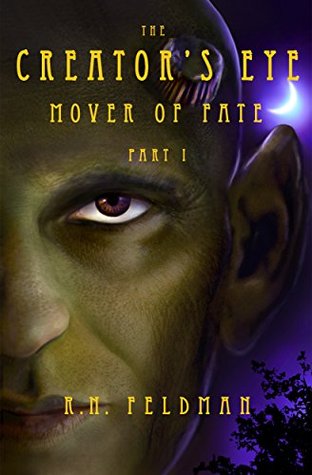 On a hidden archipelago, people known as Movers manipulate matter with their minds while strange Folds in space transform the landscape into wondrous and often deadly anomalies.

When a young Mover named Michael Edwards discovers that he is descended from a long line of beings who can not only Move matter, but actually Create it, he finds himself at the center of a cosmic struggle for power.

Manipulated by friends, family, and an ominous prophecy, he allies himself with a host of strange creatures and characters as he fights to become Mover of his own destiny. 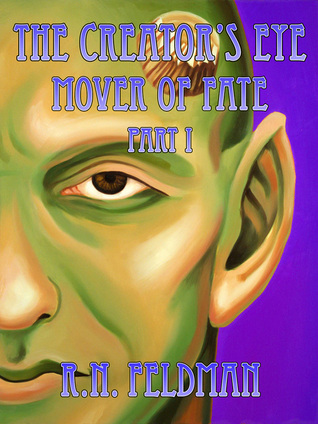 I have long been interested in the space just beyond physics, explored by myth and religion, but not yet fully understood by science. The main characters in The Creator’s Eye series can move or even create matter with their mind. This came from an eastern spiritual conception of will power- that if you focus your mind upon something, you can compel it to happen. This has been taken up by quasi-spiritual self-help guides such as The Secret as a way to get rich or find true love (think vision boards), but occasionally science skirts the edges of this terrain. For instance, quantum physicists have found that certain particles will react differently depending upon whether someone is watching them or not, implying that thought has an effect on matter. They even have a name for this phenomenon- the observer effect.

I am a cultural omnivore and devour stories from many mythologies. In Book II of Mover of Fate (coming this Fall!), I introduce an alien character that can have several bodies at once, even projecting these different aspects of himself across the cosmos. This came from a Hindu saint I once read about who could appear in two places at the same time, mentally projecting himself across India to appear to different simultaneously. I also make numerous references to Egyptian, Greek, and Mesoamerican mythologies, but readers will have to wait a while to find out what that’s about!

I also sometimes push scientific theories in the opposite direction, into the realm of metaphysics. For example, Mover of Fate takes place on a hidden archipelago in the mid-Atlantic. It is dotted by Folds which are inspired by wormholes, but I describe them as a flattening in time and space which causes worlds with different physical properties to overlap, often resulting in wondrous anomalies. There are numerous Folds on the islands. They give me a lot of room for imaginative settings, creatures, and unexpected dangers. And for those who pay close attention throughout the novels, they also allow me to mess with time and story structure.

Bruce Tiffney, my biology professor at UC- Santa Barbara, once told me that good scientists entertain anything as possible, until proven otherwise. I have experienced a handful of strange things that cannot easily be explained by science. I am careful about who I share them with, because many people think that anything that is not currently understood by science is pure fantasy. Mankind once believed the earth was flat and the sun and stars revolved around it. There are many things out there which we lack the capability to observe and measure at the moment. The realm of science fiction and even metaphysics, often predates and encourages scientific exploration. So a little imagination is never a bad thing.

Mover of Fate is the first novel in The Creator’s Eye series by author and artist R.N. Feldman.

Feldman lives and works in Los Angeles, CA where he teaches at Otis College of Art and Design and spends as much time hiking through the local mountains as he can.
Art, metaphysics, useless scientific trivia, and extensive backpacking treks throughout the world have all been major influences in his work.

Thanks so much for having me here today and showing off my latest creation! I am happy to answer any questions that I can.

Interesting and promising subject; the question "What happens when people can create worlds like gods?" could have some terrifying answers and I'm curious what Michael will do.

All the best,
C