“We arrive at the lake house as the sun begins to climb in the sky, sending breathtaking rays dancing across the sparkling water. Lake Braies is a fairytale all on its own, tucked away in a lush, green, northern Italian forest with the Swiss Alps unexpectedly rising like snowcapped sleeping giants in the background. Pinks and oranges streak the heavens, adding to the feeling that I am standing on the porch within a painting, wielded by an artist’s hand as they attempt to capture the varying two worlds on one canvas. Against all odds, we made it here.” ~Sasha

Freedom is something that is easily taken for granted, many never knowing what they have until it is stripped away. But not all hope is lost when second chances are given. As Sasha struggles to break free from her captivity to get back to the life she was seized from; she risks it all, including her precious humanity. Love has become worth fighting for, even if that means giving up everything that she is.

The ups and downs of love can be as rocky as the shores, but as the tides turn, Etienne finds that no matter how turbulent the seas, he’s not letting anything stand in the way of his new purpose in life; he must save Sasha, even if it means saving her from herself.

The saga continues as Sasha and Etienne are propelled forward through new family ties and into the line of fire of the most powerful moon of the year, the blood moon. As the cataclysm of the lunar eclipse unfolds, love finds a way to grow anew in the wake of dominant forces moving at a catastrophic speed.

“Etienne’s dominating stance calls to an unnamed part of me that I hadn’t ever wanted to acknowledge, it had been there all along, waiting for me to put the denial away. Resisting it had been difficult, but I have found a missing part of myself within the surrender. Koray had been right all along. He had read me like a book and knew exactly what I needed. I needed to re-establish not only my trust with my partner but my self-love and my inner resolve. There was beauty in the surrender. Never once did I lose said control that I was so afraid of being stripped of. Instead, it was temporarily handed to someone else to shoulder the burden so that I could let go in ways I have never been able to. Ultimately, I held the cards. Etienne would never take anything that I wasn’t willing to give. He would never violate me like that. Really, my mate is serving me in a sense by playing this role. He is the anchor, my belayer holding the rope so that I can climb higher than ever imagined to a place where I connect on a spiritual level to my inner self which brings an over-all balance that I never knew possible. Etienne’s eyes pull me back into the moment as they light up with all of the possibilities he is undoubtedly roaming over. Well, looks like we might miss first meal…” ~Sasha

Raised in Northern California she moved to Colorado to pursue her education and fell in love with the area. After pushing through college class by class with a few maternity breaks in between, she graduated from the Community College and shortly after she went on to complete her degree in Nursing. Her four year degree took nine years to complete as life led her down the scenic route.
While Kristina loved her art and literature classes in college she put that to the side in order to start her career in nursing. Though she adores being a nurse she felt her artistic side calling and started to pick up her writing and painting again, setting aside a few hours a day on her day’s off. After a long period of time she found that her short story had grown into her first novel. While she considers herself a novice writer, she looks forward to the continual development her writing skills.
She continues to reside in Colorado with her husband and children. Kristina still works as a registered nurse and is working multiple writing projects as we speak. 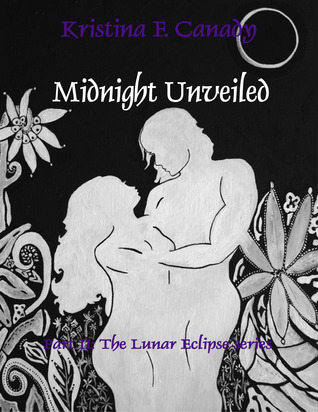