My Blood Runs Blue. Originally released in 2011, the 2015 version has been revised and re-edited.
Officer Kristin Greene has always felt that something was missing from her life. Even though her job with the Fawn Hollow Township Police Department keeps her busy, she continues to feel as if there is something else out there she is meant to be doing. 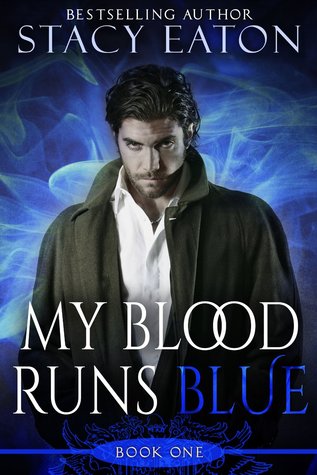 Officer Kristin Greene has always felt that something was missing from her life. Even though her job with the Fawn Hollow Township Police Department keeps her busy, she continues to feel as if there is something else out there she is meant to be doing.

Kristin finds herself investigating a homicide where a young woman has had her throat ripped brutally out. As she begins to dig for the answers, she finds herself thrown into a world she never knew existed. When Julian and Alexander crash into her life, she finds herself being pulled into a love triangle that has been going on longer than she has been alive.

Kristin in determine to figure out who they are and why they keep calling her Calista. Join Kristin as she fights to learn the truth about the recent murder, the two seductive men who have entered into her life and the real truth about herself in a suspenseful tale that weaves paranormal into to the realistic world of law enforcement.

Officer Kristin Greene is back for another suspenseful book packed with romance, mystery and intrigue. When Kristin goes back to work she’s happier then she’s been in a long time. Her new status in life has her solving crimes faster and better then she ever could before. She’s on top of the world, well for the most part. If she could just get him off the topic of finishing the transition, she’d be fine. When Alex goes missing, Kristin finds she finally has to reveal the secrets of her life to her friends. As the house fills up with people wanting to help, will Kristin be able to deal with the emotions that threaten to overwhelm her? Julian stands beside her faithfully as they try to locate Alex, but who is the strawberry blond woman who seems to appear at all the wrong times? What happens when Trent and Gabe enter the picture to help with the search? Will Trent be able to do as he’s told without falling for Kristin? Join us as we bring in a host of new characters to life in another suspenseful tale of romance and investigation.


People have asked if I plan out my writing or if I write as it comes. While I plan out everything in my life, I keep lists and I have calendars; when it comes to writing… I wing it.

I don’t sit down and do outlines. I don’t plot out characters and keep a lot of notes. I let the action flow through my mind and the words follow. When I wrote My Blood Runs Blue, the idea came out of nowhere and I had never written a book before. I sat down – I typed and the story just came. About half way through I started wondering how the story was going to end. Over a weekend while I was working the ideas played through my mind and the ending was settled. I sat down that following Monday morning and wrote out the last few chapters. Then I went back and filled in the missing parts to make it all run smoothly.

With Blue Blood for Life, I did basically the same thing. I knew what I wanted to achieve in the book, the basic plot line, but I didn’t make notes or write out outlines. I just sat and wrote. This time I knew where the ending was going from the beginning of my writing and I wrote the book in sequence.

With each of the eleven stories I have written, I have fallen into the minds of my characters and allowed them free reign of where the story is going to go. At times, I have to snag them back and put them back on track, but that is rare. Generally, they know where the story needs to go and they take me to it. Sometimes I have even sat back after I wrote a chapter and thought: Wow, where did that scene come from?

I don’t know why I write this way, I just know that doing it this way works for me. I have many friends that have to sit down and plan. They have to plot out the twists, and make lists of the characters. I guess I am blessed that I can keep it all straight in my head for the time being. Now if I could just keep get the characters to stop shoving each other around so I can get some work done. I have to many plotlines and characters in my head.

No matter which way an author writes, know that the time and attention they put into the plot line and the characters is a lot of time and a lot of energy. To build our characters so that you can like them or hate them and sometimes totally relate to them is a hard but fulfilling thing to do.

Stacy Eaton has been a full-time police officer since 2000. Her current assignment is as Detective of her small town department. She enjoys crime scene investigation; taking a passion in putting the pieces together to figure out the crime. She is also a business owner where she helps people get the awareness out for the causes they care most about. She is a mother of two, a son proudly serving in the United States Navy and a young daughter. Her husband is also in law enforcement. She is very much into photography and carries her Nikon Digital SLR with her almost everywhere, just in case.

Thank you so much for hosting me!

and thank you for sharing your experience with us