Lives will be lost. Secrets will be exposed. - Hunted (Sinners #2) by Abi Ketner, Missy Kalicicki

Chapter Reveal - HUNTED is the electrifying sequel to the bestselling debut BRANDED, A Sinners Series, by Abi Ketner and Missy Kalicicki.
Lives will be lost.
Secrets will be exposed. 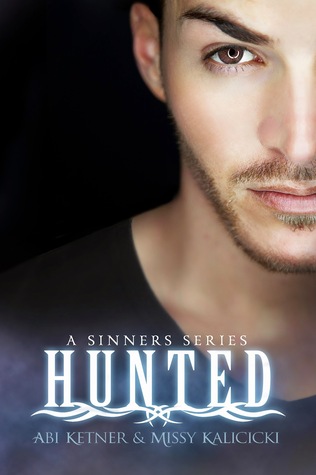 HUNTED is the electrifying sequel to the bestselling debut BRANDED, A Sinners Series, by Abi Ketner and Missy Kalicicki.

It’s been three months since the revolt against the Commander’s fifty-year-old regime failed.
Under a new ruler, things were supposed to change. Get better.
But can anyone really be trusted?
Lexi and Cole soon find out, as life takes an unexpected turn for the worse.
In this ever-changing world, you must hunt or be hunted.

Lives will be lost.
Dreams will be crushed.
Fears will be realized.
Secrets will be exposed.

When Cole is once again faced with losing Lexi at the hands of a monster, one encounter will change everything.


Goodreads ** Amazon ** Barnes&Noble
About the authors:
Abi and Missy met in the summer of 1999 at college orientation and have been best friends ever since. After college, they added jobs, husbands and kids to their lives, but they still found time for their friendship. Instead of hanging out on weekends, they went to dinner once a month and reviewed books. What started out as an enjoyable hobby has now become an incredible adventure.