18+It only took one letter to make every painful memory resurface. But it took Kyleigh Helton thirteen years to bury those memories. The question in that letter will force her to make a difficult decision. Forgive, or continue to let resentment and anger consume her fragile core. 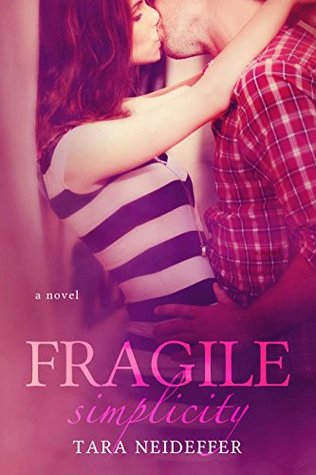 Published: January 29th, 2015
This is book two in a trilogy but each book can stand-alone

It only took one letter to make every painful memory resurface. But it took Kyleigh Helton thirteen years to bury those memories. The question in that letter will force her to make a difficult decision. Forgive, or continue to let resentment and anger consume her fragile core.

The simple life she craves seems miles away when she’s dealing with an ex who won’t let her go and a boyfriend whose problems mimic a past she’d rather forget.

She realizes it’s time for things to change. But every decision and change she makes has a consequence, and she begins to wonder if she’s strong enough to handle them.

David Madison has been struggling with guilt and grief since his brother’s death and finds comfort in the one thing Kyleigh despises. When a phone call pushes him over the edge and guilt consumes him even more, he breaks a promise to Kyleigh that threatens to tear them apart.

As quickly as things fall back into place, his world shatters again, pushing him to the breaking point, and he begins to wonder how much more he can take before he turns to the one addiction that started it all.

But he can’t. He promised. He needs to stay strong for Kyleigh. Because now she needs him more than ever, and he won’t let her down again.


Pulling out a handful of mail, she stood next to the mailbox as she shuffled through the stack. As her eyes fell on the last envelope, her hand flew to her mouth, almost as if she was containing a scream that had been buried for years. Her body refused to move as her mouth hung open in shock, her mind telling her that what she was seeing couldn’t be real. She stood there staring at the letter, her mind in its own world as everything around her seemed to stand still. Every noise outside seemed to stop and the only sound she heard was the rapid beating of her heart.

Kyleigh gripped the white envelope with enough force that the edges began to crinkle and bend, her shaky hands making the letters bounce almost to the point that the name was unreadable, but even with blurry vision from fresh tears careening down her cheeks, there was no denying whose name was sprawled in a sloppy attempt at cursive handwriting. It was a name she could never forget.

How did he find me? The questioned pulsed over and over through her frazzled mind.

She absently reached out and placed her hand against the side of the mailbox for support as all the hurt and fear from so many years ago came crashing back into her. Her body began to tremble as buried emotions and deeply embedded memories lit up her mind like the continuous flash of a camera.

They were too much to handle.

“Oh, God,” she finally choked out as sobs began to take over. She bent forward and placed her hands on her knees as all the emotion fell from her in the form of hot tears. Seconds turned to minutes and time seemed to drag on forever as the past tore through her fragile core. Pain, fear, and anger. All these emotions flooded her body without remorse.

Tara Neideffer was born and raised in Indiana with a love for animals, especially horses. As a child, she could always be found in the saddle, running her horse at full speed through open fields. She also has a love of ghost stories and a morbid fascination with watching murder mystery shows. When she's not busy writing, she's taking care of her animals, spending time with her family or reading. She still lives in Indiana with her husband, daughter, and stepson, on twenty acres, with too many animals to name.

So now I have more questions after reading the excerpt lol Guess I'm going to have to read the book to find the answers! :)

Looks great, and thank you for the giveaway, I look forward to reading it.

Looks great, and thank you for the giveaway, I look forward to reading it.