Dimitri would like nothing more than to live a low-key life in Naples, Italy. His girlfriend, Syd, has other plans.
After three months of researching, she is positive she has found a jinn on a killing spree in San Diego, California. 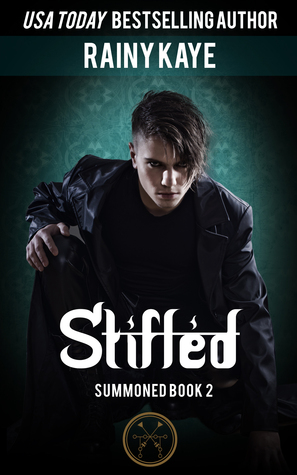 Dimitri would like nothing more than to live a low-key life in Naples, Italy. His girlfriend, Syd, has other plans.
After three months of researching, she is positive she has found a jinn on a killing spree in San Diego, California. Since Syd gave Dimitri the one thing he thought was out of reach, he feels obligated to use his ill-gained talents for her cause.

A few hours back in the US proves that Dimitri and Syd didn't quite make the clean escape they had thought. As they trail the elusive jinn, someone else trails them. What should have been a simple trip to confirm once and for all if the jinn are living among humans, instead reveals a community keeping dark secrets.

Unfortunately for Dim, the only way out is in.

Twenty-three year old Dimitri has to do what he is told—literally. Controlled by a paranormal bond, he is forced to use his wits to fulfill unlimited deadly wishes made by multimillionaire Karl Walker.

Dimitri has no idea how his family line became trapped in the genie bond. He just knows resisting has never ended well. When he meets Syd—assertive, sexy, intelligent Syd—he becomes determined to make her his own. Except Karl has ensured Dimitri can’t tell anyone about the bond, and Syd isn’t the type to tolerate secrets.

Then Karl starts sending him away on back-to-back wishes. Unable to balance love and lies, Dimitri sets out to uncover Karl’s ultimate plan and put it to an end. But doing so forces him to confront the one wish he never saw coming—the wish that will destroy him.

A dark twist on the genie folklore, SUMMONED follows a reluctant criminal as he unravels the mystery of the paranormal bond controlling him.

Axiom - Fifteen year old Dimitri's life changes when his father is murdered, causing him to inherit a family curse. Now he's left at the mercy of rules he doesn't understand and the sinister side of people he thought he knew. Forced to commit crimes that increase in severity, Dimitri struggles to find his place in a world where he doesn't exist.


Rainy Kaye is an aspiring overlord. In the mean time, she blogs at RainyoftheDark and writes paranormal novels from her lair somewhere in Phoenix, Arizona. When not plotting world domination, she enjoys getting lost around the globe, studying music so she can sing along with symphonic metal bands, and becoming distracted by Twitter. She is represented by Rossano Trentin of TZLA.