Love should never be a choice between family and your lover - Shadowed Horizons (Anath, #1) by Shyla Wolff

A warrior’s life is the only one Kiera’s known since her psychic brethren adopted her from the streets as a child. Though she possesses equal preternatural ability and fighting skills, they will always see her as their youngest and in need of protection. 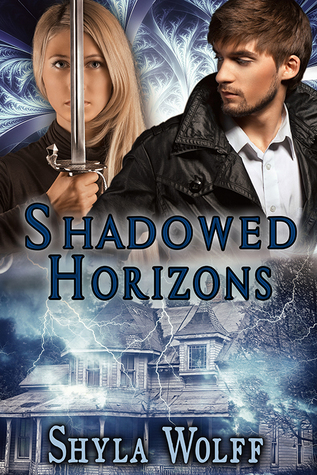 Love should never be a choice between family and the man who’s claimed your heart.

A warrior’s life is the only one Kiera’s known since her psychic brethren adopted her from the streets as a child. Though she possesses equal preternatural ability and fighting skills, they will always see her as their youngest and in need of protection.

According to their leader’s psychic vision, her twofold destiny includes saving a computer prodigy’s life and a mate who pulls her from death’s clutches. Carlin, an electronics genius, develops software/hardware which could destroy any government. Without malicious intent, he seeks to prove possibilities beyond his current reality. Bored with the aspects of his social life, he yearns for a family.

When Kiera saves Carlin from the clutches of a psychic terrorist who stalks him for his program and skills, neither is prepared for the immediate connection formed. From the first skirmish, both their lives are caught up in a maelstrom of danger and desire. Kiera struggles to keep Carlin and his work from the terrorist who wants to destroy the U.S. while resisting the extraordinary attraction between them.

Can Carlin convince her they were meant for each other and survive her warrior brethren?


GUEST POST
How to keep your writing fresh and original

I think that every writer who cares about their craft wants their work to be original, to stand out.

Since we’re all individuals, we all have a unique perspective on writing as well as on life. I believe that if we draw from our own personal experiences, the outcome will necessarily be unique.

From the beginning, give your thoughts free reign. The satisfaction and even thrill derived from finishing a work stems in part, from letting your imagination work out the details. Since those details stem from the depths of our thoughts and insights, again, it will be original.

Many of us have read knock-off books just as we see knock-off clothes and accessories. Very sad indeed.

I believe the more you get out and stay involved in life (in general), the greater your wealth of situations and experiences to draw on. Keep your eyes open and observe people. I love to watch folks in the mall when I’m having a latte.

When I am out and about, I carry an ipod. On it, I keep voice memos. Anything that strikes me as truly unique, I record a note for later use.

Keep in mind, it may be something that you see, hear, touch, or smell. The more detail we include, the better the picture we paint…

Ironically, fact is frequently stranger than fiction. Some of the things that I’ve witnessed, I couldn’t use. Readers just wouldn’t buy it...

Carlin strode beside his bodyguard through the dimly lit parking garage fidgeting with his keys. “Adam, this does not make it to my top five favorite places to visit.”

A rat skittered across the floor in the shadows, and he imagined it turning a gimlet-eyed stare on its intruders. Filth, gas, and pizza from a nearby restaurant thickened the air, reminiscent of the alley apartment he occupied during college. Small pools of dingy light challenged macabre shadows for dominance—and lost. Clashing of the bleak rays and murky silhouettes added an ominous, prophetic feeling he couldn’t shake. Water stains mingled with the shadows to create fleeting two dimensional monsters. Carlin was not a fan of Rorschach. Crap, I haven’t been spooked like this in years.

Adam shrugged. “Sir, as your bodyguard, I admit this isn’t my idea of a secure location either, but it is the closest enclosed parking available to meet with your client. The open street leaves you too vulnerable. As much as you cherish your privacy, I’m surprised you agreed to help at all.”

“Next time, why don’t you at least suggest meeting during the daytime?” Adam’s narrowed eyes and tilted head as if listening to a far-off sound—usually spelled trouble.

“Next time, remind me a proctologist’s exam would be more enjoyable, okay?” Sweat beaded his forehead despite the cool December breeze drifting over the graffiti-covered knee wall.

Carlin’s skidding on a badly patched piece of concrete prompted his bodyguard to scan the area around them. Dirt and crumbles skittered, their audio report echoed off the walls.

"Watch your step, sir, we don’t need to broadcast our location." Adam murmured as he reached out to steady him.

“You know…” Carlin muttered, “Folks generally think of me as a good analytical and concrete thinker. Perhaps whatever higher power gifted me with intuitive abilities for logistics and computers decided on a mental tariff—common sense.”

The gentle slide of Adam’s gun from its shoulder rig compelled Carlin to suck in the cool night air, searing his lungs.

“Sir, instincts are the best survival tool we have. They’re rarely wrong. Better safe than sorry.”

Sharp chirps split the silence, Carlin’s cell threw his heart rate into overdrive. Hair on his nape prickled as he fumbled in his pocket. With an all-thumbs equivalent, he extracted the nuisance and hit ignore.

Massive pillars supported the five-story concrete structure. Rounding one to his left, his foot stalled mid-step when Adam snatched him sideways. The colossal thug he almost plowed into blended into the shadows.

“Jesus!" The man personified hulkish features with abject malice in his gaze. The split-second observation brought Carlin a rush of adrenaline. "You're huge!" Brown hair pulled back in a ponytail swept his shoulder giving the look of a mob enforcer. A bulge of pitted, tanned skin separated a straight line of bushy eyebrows. Dark eyes appeared to hold a terrible knowledge and gave his hard stare a cold calculating look.

The brute’s gaze raked Carlin's body head to toe. Chipped yellow teeth appeared as his thin lips pulled back in a wide grin. "Time to meet your maker, prodigy." He mimicked Carlin's sidestep in a lightning-fast move and knocked Adam's gun from his right hand. Its ricocheting underneath a nearby Toyota produced multiple tin-like clinks.

Time seemed to fracture. Adam's left arm shoved Carlin to the side. His assailant took wily advantage in that flash of time. He watched his bodyguard go down hard from his attacker's leg sweep.

One blink and a dagger appeared in the thug's hand. Its arc and swift speed toward his belly made it little more than a glimmer in the weak light. His neurons couldn't fire fast enough to follow its passage. Two feet stood between Carlin and a trip to his maker, complements of this walking nightmare. 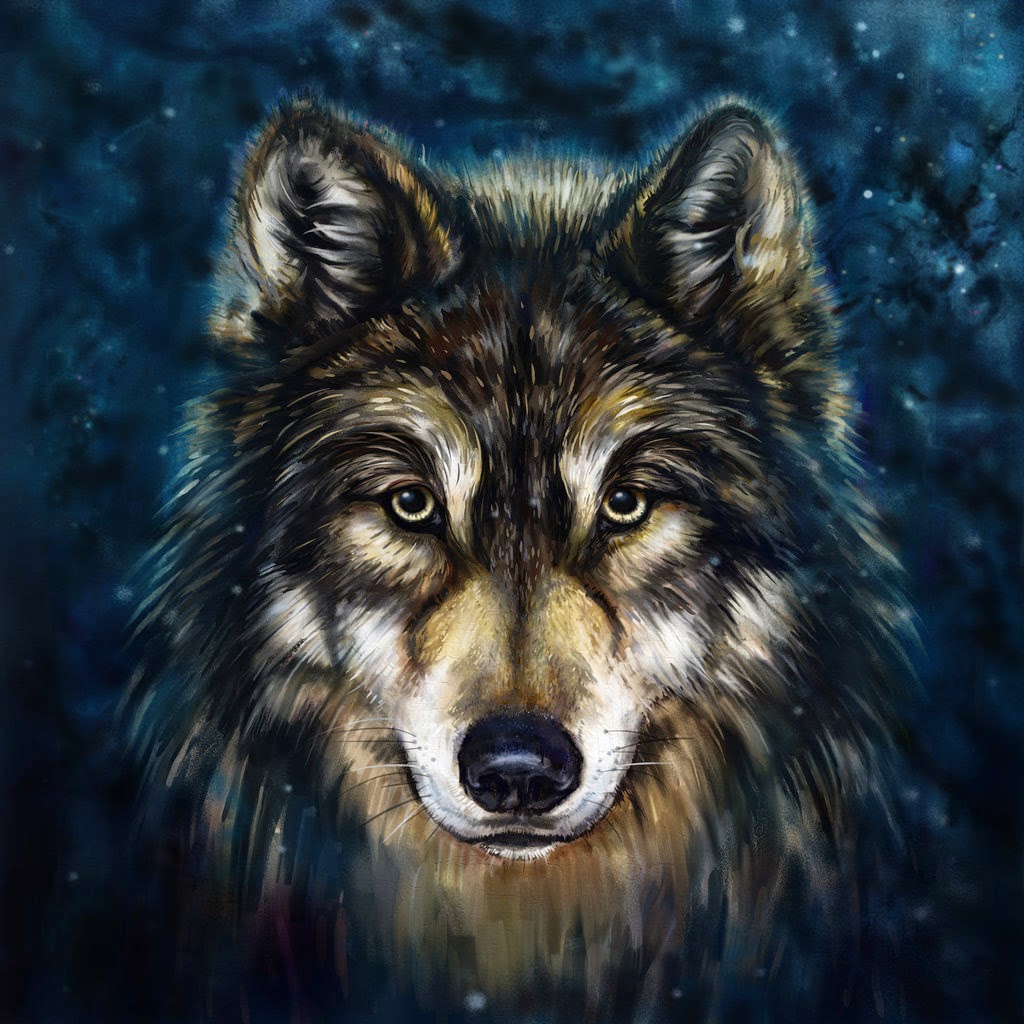 Life teaches us many lessons. One of the most important ones Shyla’s learned is to take the time to enjoy family and friends. Our circumstances change on a daily basis. However small the differences may seem, they add up over time. Through a lifetime of various trials and tribulations, she’s discovered the enjoyment of sharing her stories with those that would relish participating in the journey of extraordinary people through their everyday lives.

Author's Giveaway a Rafflecopter giveaway
Posted by CCAM at 4:00 PM

The excerpt was very interesting and the guest post was fantastic. I would love to read this novel. Thank you for the giveaway.

pshychis? warriors? Im intrigued and cant wait to rea and I love getting to know alittle about the author - very interesting

I loved reading the excerpt!

I like to read books about characters that have psychic connections. I read the excerpt and am now intrigued as to how this fits into the story. :)

I enjoyed the excerpt, this sound like a very exciting read! Love the cover, also.

This sounds like a great book. I can't wait to read it.
Thanks for the giveaway! =)

Thanks for the giveaway,,it sounds great!!

The excerpt has me intrigued. I feel this is a must read ! Thank you for sharing it with is !

I am purchasing this book on my next book shopping spree. I like the lovely book cover.

The excerpt was really great. I am excited for this book.

love the excerpt! thanks for sharing ~

I'm a little confused. The leader has a vision of Kiera's *destiny* - saving a guy and having a mate who saves her. Yet the last line here says, "Can Carlin convince her they were meant for each other and survive her warrior brethren?" Why do they need to survive them? If the leader knows Kiera's DESTINY, why should the group interfere? And if there is some part of her destiny that threatens the group, why can't they just take her out before this guy comes into the picture? If it's a manifestation of their need to "protect" Kiera...shouldn't the vision have shown that this is what's meant to be and that she's okay? I mean, who can change destiny?

Oh, and another thing, because the excerpt has something that's sticking out to me. Is this story told in the first person, through Kiera's eyes? And is this scene supposed to be a vision or something? One of the early paragraphs has a line, "Crap, I haven't been spooked like this in years." There's zero reference to any 'I' in the rest of the excerpt. I'd think that it would at least get mentioned when Carlin almost runs into a thug. The I would likely avoid the thug, too. Or, 'I' would run into the thug, because Adam doesn't pull 'I' away. And it seems like the descriptiveness of this is a tiny bit over the top. Not sure if I'll give this one a try. If I get a free copy, sure, or if my library has it, maybe. I dunno. Something just doesn't feel right about it.