18 + Twenty-four year old Dexter Michaels has arrived in the UK for a fresh start - leaving everything and everyone he knows behind in the states. Determined to put right some of the wrongs he’ll never be able to forgive himself for making and make his Aunt Sarah - 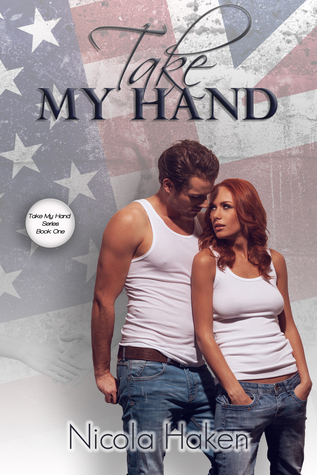 Take My Hand (Take My Hand #1)
Twenty-four year old Dexter Michaels has arrived in the UK for a fresh start - leaving everything and everyone he knows behind in the states. Determined to put right some of the wrongs he’ll never be able to forgive himself for making and make his Aunt Sarah – the only person left who still believes in him - proud, he lands in London with the intention of working hard, getting his degree and keeping himself to himself. He can’t destroy anybody else that way…

His heart and his body have other ideas however when he finds himself sitting next to nineteen year old Emily Barton in his Psychology class. Moving down south to find her own New Life, Emily is shy, smart and beautiful – everything Dexter knows he should stay away from… everything he knows would be too easy for him to break.

But she makes him feel things he’d forgotten even existed. She makes him laugh, smile, care… forget. Without her trying, and without him realizing, Emily has wound her way into the one place he swore to keep locked away forever – his heart. But can she stay there when she discovers the dark past he’s so determined to keep hidden from her? Or will he destroy her too, just like he always expected? 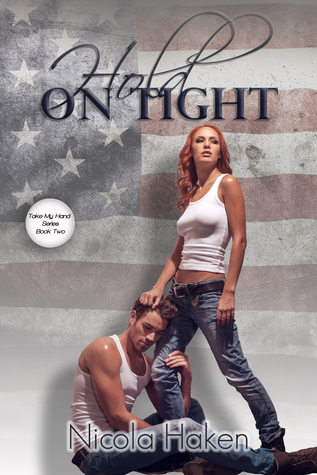 Hold On Tight (Take My Hand #2)
A figure from Dexter’s past has uprooted all the memories he has tried so desperately to bury… to forget. The terrible events of his past have been blown wide open once again, immersing him a pool of guilt deeper than he’s even experienced before.

Dexter feels powerless. The future he foolishly allowed himself to conceive is falling apart around him and there’s nothing he can do about it. But there’s one thing he can control – one thing he’s an expert at… blocking everything out. Losing all control, Dexter copes the only way he knows how – he dives so far into the well of addiction, the only thing that matters anymore is where his next fix is coming from.

Mission accomplished – there’s no one left. He’s successfully pushed everyone away. Nobody left to care about means no more guilt, right? You can’t hurt people who aren’t there…

But has he really pushed Emily as far away as he thinks he has? She’s given up everything for him – her home, her friends… her whole life. And she doesn’t regret a single thing. But can she save him from drowning, or has he finally sunk too far? 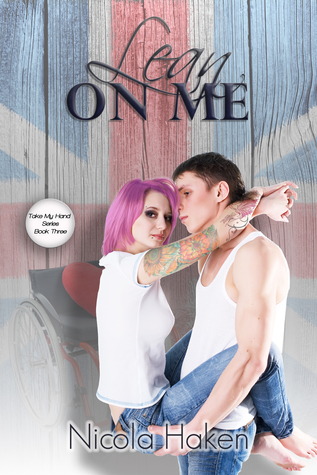 Lean On Me (Take My Hand #3)
Rachel Mason oozes confidence. She’s outgoing, adventurous and would chop off her right arm before caring what other people think of her or her disability.

Jared Mattheson on the other hand, is more than a little goofy and a whole lot of carefree. He’s happy living the bachelor life on his father’s credit card, takes nothing seriously and wouldn’t know difficulty if it slapped him in the face.

Right?
With Emily and Dexter away in the States, Rachel and Jared are left behind to keep each other company. They share the same sense of fun, their personalities bounce off one another perfectly and perhaps inevitably, they become best friends. But what happens when the lines of friendship start to blur? How will they cope when the sides of themselves they’ve kept hidden from the world for so long begin to show?

Their journey together may have started with fun, games and alcohol – but it seems the future has other ideas.

Turns out, even the strongest of people need someone to lean on sometimes. 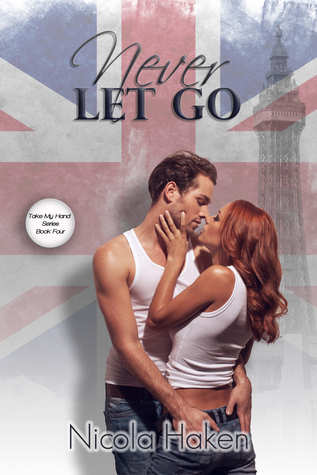 Never Let Go (Take My Hand #4)
In the final book of the Take My Hand Series, Emily and Dexter are finally on course to a happy future. Arriving back in the UK with Aunt Sarah in tow, everything seems to be slotting into place. For the first time in his life, Dexter has found his purpose. Surrounded by family, friends and the woman he adores, he has at long last made peace with his demons and is determined to fight for the life he now knows he deserves.

With best friend Rachel back by her side and a resolve to work things out with her parents once and for all, Emily’s life is also on the right track. Or so she thinks…

When a tragic revelation threatens to destroy Emily’s world, it sends her spiraling down a path leading to more secrets, lies and heartache – leaving her questioning her whole life and everyone in it. To top it off, Emily almost lost one of the most important men in her life once before, is it about to happen again?

*Not suitable for under 18's due to language, sexual content and scenes of explicit drug use*


Author's Giveaway a Rafflecopter giveaway
Posted by CCAM at 7:56 PM