18+ The kid couldn’t have been more than twenty-one, and judging by his general pallor and sweaty forehead, Shane was probably the first vamp he’d ever seen, much less been tasked to guard. Seeing me walk in, Shane slumped just a fraction, visibly relaxing. It was a very human gesture. One of the many things I’d miss about him when he grew into his new life. 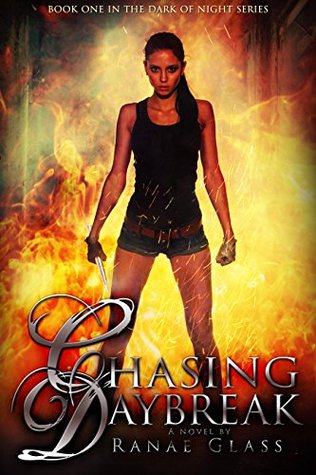 Isabel Stone wanted a normal life. But when the unexpected death of her father leaves her at the helm of the family business, things quickly go from weird to worse. Vampires are on the loose and out of the coffin, and only Isabel can walk the fine line between the world of the living and the world of the undead.

Torn between letting go of her past and embracing her future, Isabel will have to decide who she can trust, and be willing to use all the weapons at her disposal, to get to the bottom of a terrifying string of deaths that lead right to her doorstep—before she becomes the next victim. In a city where nothing is what it seems, ending up the target of a deranged killer might actually be the high point of her week. Because in this town, the things that go bump in the night… just might kill you.

"WOW!! As an avid vampire reader I am always looking for the next series to grab my attention and any time you have vampires "Out Of The Coffin" I am definitely on board to see what's going on. [...] Filled with amazing characters, consistent vampire lore (yes this is important), and a brilliant plot, this book had me hooked from beginning to end. " - Goodreads

“You were arrested for what?” I asked again in disbelief.

Shane sighed on the other end of the line. “Loitering. Are you gonna come get me or not?”

Part of me wanted to ask why he didn’t just call his rich vamp girlfriend or soon to be boss-man to bail him out, but I held back. Truth was, in some sick, co-dependent, Dr. Phil kind of way, I was glad he’d called me.

“Keep your panties on, I’m on my way. Just relax and try not to eat anybody,” I quipped.

In the background I could hear a male voice tell Shane his time was up.

I quickly put in a call to Craig Gentry, a bail bondsman who’d done some work for my dad in the past, and made a beeline for the precinct.

Shane was sitting on a wooden bench just outside the magistrate’s office, a young, nervous-looking officer standing behind him with a massive shotgun probably loaded with wooden pellets. Not fatal to vamps unless it took out the heart, but certainly enough to do some serious damage.

The kid couldn’t have been more than twenty-one, and judging by his general pallor and sweaty forehead, Shane was probably the first vamp he’d ever seen, much less been tasked to guard. Seeing me walk in, Shane slumped just a fraction, visibly relaxing. It was a very human gesture. One of the many things I’d miss about him when he grew into his new life.

I nodded, warning him with my eyes not to make any sudden movements that might spook the newbie.

Reggie was waiting for me at the desk, chatting with Matilda, the night desk officer. He’d obviously been called in from home. Still wearing his Superman pajama pants and gray sweatshirt, he cradled a cup of coffee with one hand and smoothed down his unruly bed head with the other.

“Reggie,” I called, turning his attention to me.

“Same here.” I thumbed behind me. “Mind sending Skippy over there to get some coffee or something before he accidentally shoots my partner?”

Reggie laughed, leaned forward and called over. “Hey Weston, I got it from here.”

The kid looked like he might argue, then thought better of it and closed his mouth, walking away backwards, watching the back of Shane’s head the whole way.

“Thanks. So what happened?”

“Looks like Shane was over at the Quick Mart down the road from your place about midnight. Clerk thought he was acting ‘suspicious,’ so he called in the black and whites. Shane gave them some lip and they moved to detain him when he flashed fang.”

“Did he put up any resistance?” I asked, knowing as soon as the words were out of my mouth that it was a stupid question. If he’d resisted either he, or more likely they, would be in body bags.

Reggie chuckled. “Nah. But he gave Weston a good scare.”

“I doubt it. He was pretty pissed to get called in the middle of the night and dragged down here. He and Detective Richards are looking over the security footage right now. If the clerk jumped the gun, then most likely Shane’ll be free to go.”

I turned and looked over my shoulder at Shane who sat there wearing his best innocent face, then turned back to the desk.

“Hey, Reggie, has anyone taken mug shots yet?”

“No. If he’s cut loose there’ll be no need to book him.” His eyebrow shot up as he noticed the wide up-to-no-good grin spreading across my face.

“Cause the thing is, I could really use some photos for the Christmas cards.” I smiled.

Finally catching on, he erupted with laughter.

“Why not? You go break the bad news to Shane. I’ll meet you in the back.” He pointed over his shoulder to the double doors and the magistrate’s office beyond.

I walked over to the bench where Shane sat. “Bad news, the owner might be pressing charges. Reggie said you have to go get your mug shot and fingerprints taken. But he said I could go with you at least.”

Shane stared at me, his mask of innocence morphing into sheer panic, then fading to mild boredom and resignation.

The clink of snapping metal echoed in the nearly empty hallway as he got to his feet before remembering he was handcuffed to the bench. He held up his hands. The links between the cuffs were broken in half. Shane shrugged and I beckoned for him to follow me down the hall.

By the time Joyce, the lady in charge of taking mug shots, was finished Shane knew he’d been set up. Reggie and I were rolling with laughter. At first Shane was confused, but then he looked at the nameplate Reggie had made for him and saw that it read, ‘Merry Christmas from Stone Private Investigations.’

Ranae Glass writes New Adult Paranormal Romance. A Southern girl at heart, Ranae loves feeding people, gardening, and sweet tea. She hails from Oklahoma and lives with her family out West where she spins tales of vampires, werewolves, and other things that go bump in the night. You won’t find any ‘vegetarian’ monsters here, her books are best served bloody and are not for the faint of heart.

Ranae is the author of the Dark of Night novels from Crimson Tree Publishing.

this book looks interesting! really love the cover as well :)

This feels like Buffy. "[...] only Isabel can walk the fine line between the world of the living and the world of the undead." Not sure what to think about that. It's like a brand new Slayer being activated...