As a rare daywalker of exquisite beauty, there is no society Marie cannot infiltrate. Having spent the last few centuries growing into her abilities, she expects to learn of the old powers and return to her lonely eternity of mourning. 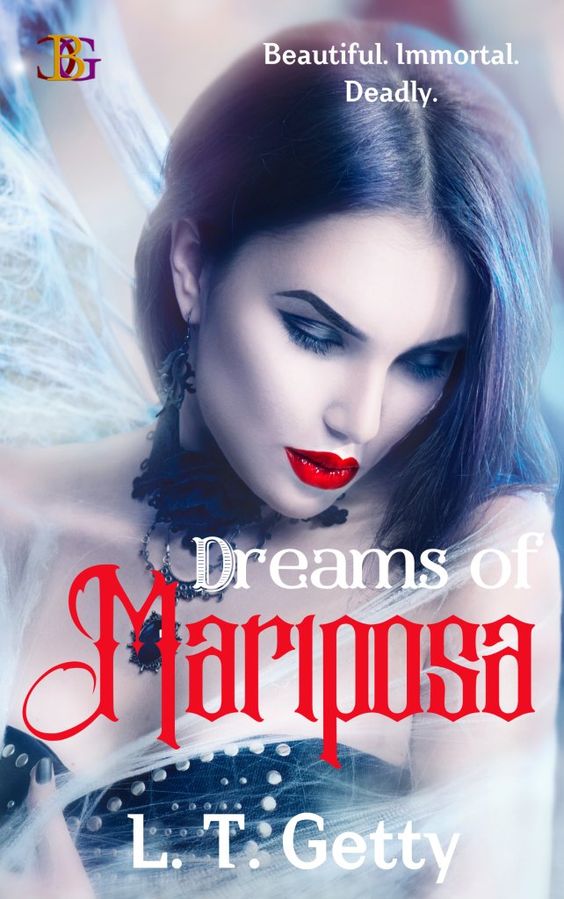 L.T. Getty's Dreams of Mariposa cover deceives. Also its blurb. Whilst they don't actually lie the potential reader, they are not telling the full truth. And what they are hidden... I liked and disliked it at the same time...

For the beginning, imagine how Bella (Twilight) could change if, after a millennium with Edward, she became a widow. An inconsolable widow who is forced to confront alone not only the world and humans but also the Volturi coven. How would she or you change if you become not only immortal but the most powerful immortal? How would you change when you consider that your lost love was above all the loves in this world(s) and yet you cannot remember your lover's touch?

I liked Marie and I tried to understand her whilst Mrs. Getty played between good and evil, necessity and abuse... between hero and villain. Others would play the anti-hero part... How vampirism actually change a person's character and what will remain of it in the new life?  We get several examples to compare and judge. What are the appropriate criteria and could we use the same set of them when establishing on what side one stands?

I liked the surprises, not all good, the author prepared for us. The hints were given, between the deeds and written words about a past that for us it's still to be discovered.

I liked that under the lines, I have identified/imagined a subtle but potent critique of the society and of a part of our days' literature.

I liked the author's language, wording, the world, and the atmosphere created. Without explicit gore, and without sex scenes the enormity of the situations and tragedy hit their target sharply. Few contemporary authors manage this. Everything works very well together in this "tale of unexpected". It pleases me as there is still a tiny hope for redemption...

At the end of the story, the author reveals what she wanted to achieve. I invite you to judge yourself if and in what measure she succeded. It will worth your while. Enjoy!

1. We had the pleasure to interview you in 2014. How changed are you and your stories now? (here)

I’ve mostly been working on my professional life, and recently bought a house in Elie, Manitoba, so I’m no longer renting. I still work and live rural EMS, and I’m a lot more confident in my job. As for my stories, honestly it’s a little hard to look back at my old work sometimes. Don’t get me wrong, sometimes I’ll boot up an old story I haven’t read in years and read it and typically quite enjoy it, but when a book is published, I get way more scrutinizing.

2. Last time we talk about the trends, good or bad, in fantasy literature. How, in your opinion, things evolved since 2014, especially in the paranormal romance?

I think with the advent of more visual media, such as the adaptation of The Witcher and Game of Thrones, that fantasy as a genre is taken a little more seriously. Unfortunately, with that also comes a more graphic and often adult interpretation of the media. As for paranormal romance, I think it’s the predominant voice in Urban Fantasy. I think we saw a trend of this with the Underworld movies, but unfortunately, movies like Bright and multiple adaptations of materials .

I will say, that Dreams of Mariposa is not a Paranormal Romance but a steampunk Horror novel. I think fans of paranormal romance could find it interesting if they are interested in what happens if the Romance goes bad – in other words, the girl who enters into the world of the paranormal grows into her power, and loses her one true love, and goes delusional over it.

Take a heroine, and make her the biggest hero you could imagine. She enters the hero’s world and rises in her power. They get their happily ever after, and for a while, things are fine. Then, something happens, and her motivation, her happily ever after, is ripped from her. She has become so powerful, she can’t even end her life, and she’s stuck lingering in a world moving on without her. She cracks, and so endowed with her own power, and assumption she’s the hero, that she justifies her bad behavior. 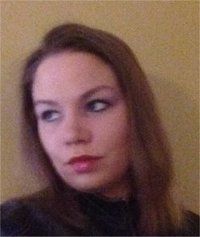 Mariposa is Spanish for butterfly. It’s language used in that the central character, Marie, views herself as having grown beyond the larvae around her, and is beautiful and thinks she’s ascended to a higher level of existence. The title’s misleading though; Marie is a daywalker and doesn’t sleep, can’t dream, can’t escape the new existence she chose for herself, and is bored with existence. She’s locked in this perpetual stalemate as she technically has equals, but none of these creatures are particularly concerned with doing away with one another, either, as she acknowledges that it would create a power vacuum and other, less powerful and more chaotic forces might take their place.

In this case, the Mariposa would be Jung’s use of the Shadow Self.

4. Why do you believe that could exist more than one true love in a lifetime… even for an immortal?

I was fascinated by the idea of immortality, and how even a very long lived creature might view the world around us, and how they wouldn’t feel pressed and burdened by time. I think love as eros is important, and oftentimes, we place it as the highest of all loves, and it’s something we covet. It made for an interesting topic in Tower of Obsidian, and I liked exploring it in a different way in Dreams of Mariposa.

I think writers should always be honest about what they’re doing, and what the novel is about. Dreams of Mariposa isn’t a paranormal romance, it’s a steampunk horror novel, in which the viewpoint character falls in love with a human and idealizes him, making her love covetous as opposed to something genuine. As for the erotic elements – what I did was intentionally meant to be grotesque. It’s mean to lure the reader in, but in the end, Marie and her kind are parasites. She’s meant to be a bit of a succubus, and while I think popular mythology casts them as beautiful seductresses, the mythology of the Night Hag exists for a reason.

Wasting my time and not accomplishing anything decent.

7. What will be your biggest satisfaction as a writer?

When a reader wants to talk about themes and the ideas in the book and, a discussion breaks out. I’ve been on panels where I’m able to moderate people trying to discuss ideas. It would be nice to see people do that with something I’ve written.

Every decade, Marie must leave her home and everything she loves to start anew. She can’t risk the locals learning the truth of her immortality, much less her vampiric need of feeding off fear. Fortunately for Marie, fear comes easily and she spends her endless days mourning the loss of her beloved.

When she is summoned to the leaders of the masquerade, she is persuaded to assist them in uncovering a mystery of powers possibly more ancient than their own order.

As a rare daywalker of exquisite beauty, there is no society Marie cannot infiltrate. Having spent the last few centuries growing into her abilities, she expects to learn of the old powers and return to her lonely eternity of mourning.

She doesn’t expect to fall in love.

About the author:
L.T. Getty is a science fiction and fantasy writer who hails from the Canadian Prairies. When she’s not writing, you can likely find her driving an ambulance and dreaming about travel.


the more you comment, the better your chances of winning
a Rafflecopter giveaway
Posted by CCAM at 6:00 PM

How did you come up with the name of the book?

Congrats on this tour and thank for the opportunity to read about another great book out there to read. It helps out so I can find books I know my family will enjoy reading. Thanks as well for the giveaway.

The cover is beautiful and I enjoyed the interview.