A generation designed by sorcery to destroy your people. Two races mired in conflict. Can a pair of outcasts unite them against an enemy who would enslave them all? 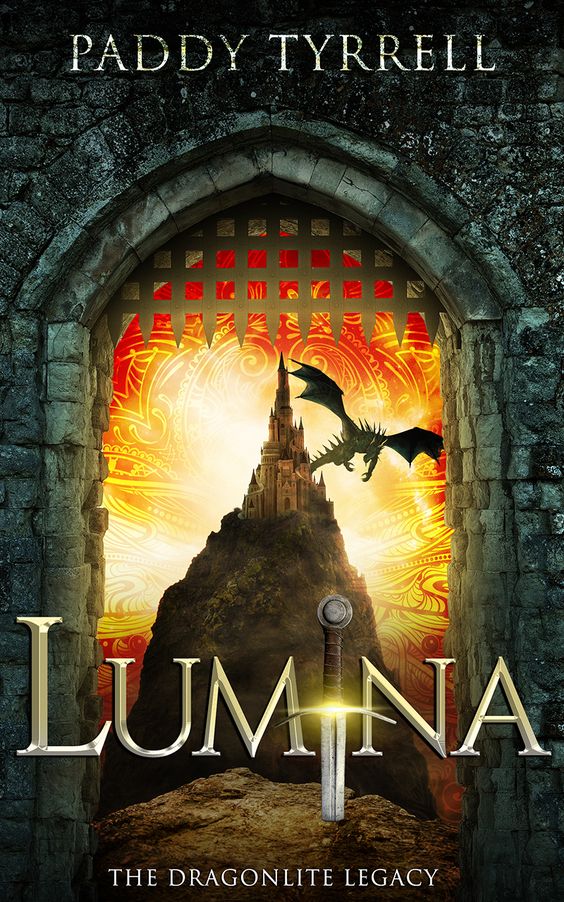 
Wow! If you remember, I (very recently) said that I'm not a person who easily reacts with a "wow". Whilst I'm certain that I didn't become such a person, Paddy Tyrrell and her Lumina get from me a big WOW... or maybe several...

If you ever tried to read an epic fantasy story you have discovered that, usually, it takes some patience and passion until the fun part starts to unfold. That watching Peter Jackson's hobbits it's not the same as reading Tolkien. Somehow, Paddy Tyrrell found a way to avoid the aspects which attract the readers' criticism, even of the "serious" ones, despite the changes suffered by the genre in the last decades. (What I mean by "serious reader" is a different discussion, for later.)

As it should be, the set is a medieval-type world. There several different societies, all of them well built. The rules are made known differently but not just stated. You understand them as they take effect or affect the characters or the plot/sub-plot.

The engineering of the story is complex. The separate threads are to be entwined at perfect moments. Each of the characters' stories is a story itself, fully developed. They contour the characters without clogging the main plot. The losses and sacrifices become bigger, the love deeper, the battle of epic proportions. Everything has or will have a purpose, nothing remains unused. Everything contributes and maintains the pace and at the same time fuels your curiosity.

Of course, there are good and bad guys. Still, there is plenty of room for shades and Mrs. Tyrrell made use of them well. Imperfect heroes, reasons for crimes but also redemption are present next to the purity of heart and innocence but also greed for power and wealth.

The author's language is refined but very accessible and helps to create the necessary atmosphere. The visual is also very important and very well managed; you can easily imagine everything and,  when finding some similarities with very well known movies and TV series, you'll have to admit that Lumina and its characters remain originals. I'm sure that the scenes battles will satisfy the male readers.

What can I say more... Lumina has it all... love and hate, treason and sacrifice, dark and light magic, fantastic animals and beasts, battles and losses, violence and tenderness, beauty and gore, all combined into the eternal battle of good and evil... and you'll be in the middle of it, living and feeling everything!

I warmly recommend it to you. Don't be scared of the 624 pages that Goodreads and Amazon show... I think is a mistake as this first volume ended too quickly (or maybe I was so riveted in the story). 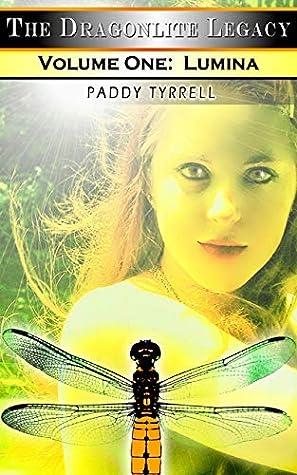 A generation designed by sorcery to destroy your people. Two races mired in conflict. Can a pair of outcasts unite them against an enemy who would enslave them all?

The birth of ‘bronzite’ babies in Lumina heralds the onset of war. The people take fright at the golden children and banish them from the land. A dangerous move. King Zheldar, commander of the black dragon, is attacking Luman borders. If he wins bronzite support for his army of monsters, Lumina is lost.

Davron Berates cannot share his people’s hatred of the children and, on discovering he has a bronzite brother, sets out to find him. At his side travels Chrystala. A bronzite, she has twice his strength and three times his determination.

When the black dragon kidnaps Chrystala, Davron is faced with a terrible choice: save his friend or save his nation.

About the author:
I was raised in Kent, the garden of England, and lived in an Oast House whose round rooms were once used for drying hops. Must be why I’ve enjoyed a drink ever since!

At university, I fell in love with medieval French writing, discovered The Gormenghast Trilogy, and became hooked on fantasy.

I have sailed down the Yangste, survived an earthquake in Cairo, and picnicked in the Serengeti. My travels for work and pleasure have inspired my fantasy world. I now live in France with a naughty Australian Labradoodle, a jealous cat and a squash mad husband. Our two huskies, Ice and Sapphire, are sadly now gone but are transformed into wolves and immortalised in my book. Lumina is my debut novel and the first in a trilogy.

the more you comment, the better your chances of winning
a Rafflecopter giveaway
Posted by CCAM at 11:00 AM

Thank you so much for this review - it really moved me! Thank you too for taking an interest in a new author. I am so glad you enjoyed Lumina.

Where do you do most of your writing? I hope your book is a success.

From Paddy Tyrrell - Hi Bernie, In the winter, it's our office which has lots of bookshelves and the computer I use. In summer, the best place is our veranda which leads off the kitchen. It has vines and grapes twining around the roof, and geraniums along one wall - they have even survived the winter this year. On one side, it looks out on the garden where the wisteria are about to bloom, and on the other side down over the woods, the river and a valley.

It has been great hearing about your book and although I am not the reader myself, my 2 sisters and 2 daughters are. They love hearing about the genre's they like and me helping them get to find books they will enjoy. Thanks for sharing!

From Paddy Tyrrell I do hope they will enjoy reading Lumina, and thanks for the interest, James.

Great review and awesome cover, thanks for sharing!

From Paddy: Thank you guys for reading the review and commenting. As a new author, I really value your interest.

You're welcome! I'm glad you liked the review because I liked Lumina a lot. I cannot wait reading the next volumes

Thank you for your appreciations ♥

thank your comments and Good luck!