Kristen is your simple introverted girl, except for the fact that she suffers from Lupus. She has a simple life with a simple routine and that's how she likes it. Or so she thought... 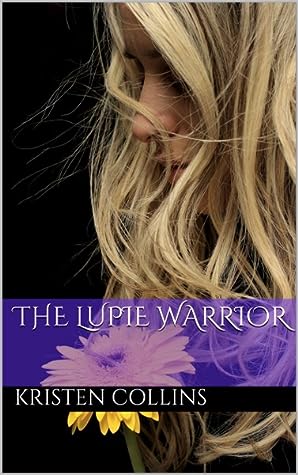 Kristen is your simple introverted girl, except for the fact that she suffers from Lupus. She has a simple life with a simple routine and that's how she likes it. Or so she thought... Derek is a workaholic businessman and is extremely focused on the family business, but his family harbors a secret.

At the bidding of his family to joyride on the way back from a business trip in Texas, he stumbles across the geeky and adorable Kristen wrapped up in southern grace. At a bar in a small town, something draws him towards her direction.

Is love at first sight real or will her own secret turn him away?

The DJ wrapped his beat headphones around his neck as he said, “All right, all right, all right y’all. You know the drill, you have ten minutes to meet your mystery date, but if that special someone slips into your bubble, don’t be afraid to hit that buzzer. On my mark...” He lifted a mini foghorn and sounded it, “Go!”
Immediately, a burly redneck sat across from me. His Confederate flag tattoo covered his triceps, scissors had cut off his sleeves and frayed pieces of strings remained. I examined what I could see of his face, but the dip in his mouth instinctively made me want to gag as specks of it covered his tobacco-stained teeth.
Samantha and I sideways glanced at each other as I smiled sweetly at him and held out my hand.
“Hi, I’m Kristen.”
“Well, sweet cheeks. I’m Cleetus.”
“So tell me about yourself, Cleetus,” I said, mustering up as much courage as possible for the next ten minutes of my life.
He leaned in towards me. “How about me and you get out of this joint?”
“Excuse me?” I said sitting back, not knowing whether to feel appalled or disgusted by his gesture. Who am I kidding? It was definitely both.
“I said, how about we take this back to my place and pick up this conversation in a much more comfortable setting...”
“Umm… I think I’m good. Next!” I yelled, catching everybody’s attention.
“Next? You’re nexting me?!” he said, raising his voice.
I was taken back by his tone, I knew I had insulted him but let’s face it. He was a creep. He should have taken the hint and just moved on but from the looks of this, it was about to get ugly and quick.
“Hey, Hick! I think that’s enough,” Samantha started to stand, ready to come to my defense.
I quickly beat her to the punch. I was a woman, yes. I had an immune disease, yes. But I was not weak. “Yes, next. Now leave before I have you thrown out,” I snarled at him.
“You high-class skank. You think you’re better than me, don’t you?” he spat, reaching across the table grabbing my arm.
I was about to yell for the bouncers when a tall, broad man grabbed his shoulder. Cleetus quickly released my arm but I could feel a bruise from his grip under the skin as I rubbed my arm in an effort to ease the pain.
His eyes were an onyx color and his five o’clock shadow definitely piqued my interest, especially his build. His suit pants hugged his hips in all the right places, snug on the hips and loose fitting the rest of the way down. They were one of those expensive ones, specially tailored. My eyes wandered upwards, loving his tightly fitting jacket. The man was fit, and my hands itched to touch him.
I didn’t have time to admire him anymore as he took the situation I was in into his own hands.
“I think the lady has asked you to leave nicely and more than once,” he stated bluntly.

About the author:
I'm a Native Texan, born and raised close to the heart of the great Lone Star state. I am 31 years old, and I was born in January of 89' and got to grow up during a great time. I honestly don't consider myself a Millennial, and really hate that title. Also I'm a part-time working secretary and a full-time mother/housewife, as well as a Lupus Warrior.

Having Lupus, means a life of inside living, and the sun is known as my arch-nemesis, my personal kryptonite. I wanted to leave a legacy behind, something my kids could one day look back on and say, yeah my mom did that.

Thanks to the encouragement of friends and family, I found a passion in writing paranormal romance books. Anything fantasy usually suits my novels and I tend to be able to reach anyone in multiple genres. Most of my story ideas come to me in the most unexpected time and places, such as my dreams. They will plague me non-stop until I get my rear up and write it out.

I like to explore new types of characters such as Sandmen and Boogeymen for example. I really wanted to give them their own world, such as A Sandman's Forbidden Love.

God has granted me success that I never imagined was possible., which led me to my obsession with the paranormal. Now, I know shifters aren't real but Angels are another story. So Angels are also a part of my obsession, I will sit on the computer doing extensive research on both Sandmen and Angels trying to get my facts straight.

Then, on the side, I create Art Journals that can be cross generational from thirteen to sixty years younger. My goal with these types of books is to reach people who need that extra feel good in their lives.

Author's Giveaway
a Rafflecopter giveaway
Posted by CCAM at 9:30 PM

Thank you for having me and featuring my book on your blog!
-Author Kristen Collins

This has a beautiful cover. Love it

This looks like a book I could really get into.

Thank y'all so much!! I look forward to earning y'all as readers and fans! Please enjoy the story! <3

I love the cover. It looks great

Thanks everyone! I'm looking forward to hearing what you think about the book!

This looks like a good book and I can get into. I love the book cover.