Their choices will change the world - Guardian of the Sunshine Bride (Sīhalt, #1) by Austin Rehl

"Austin Rehl did an amazing job of turning a common princess story into something intriguing and action packed! Right balance of romance and suspense. He definitely hit it out of the park!" Rachel, Goodreads 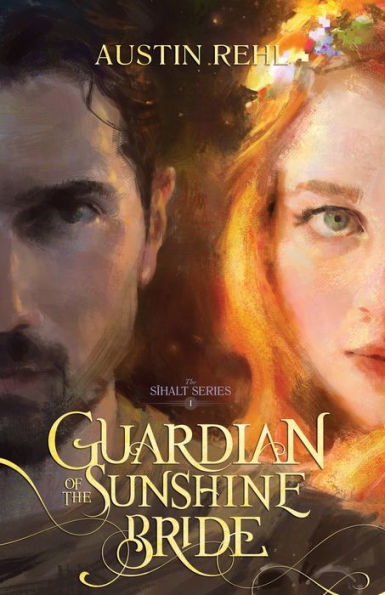 A man with a dark past meets a girl with a bright future. Their choices will change the world.

Princess Kathleen is betrothed to the powerful Prince of Tyath. The arrangement was made when she was just a child. She is duty bound to save her people from starvation and sees the marriage as her only option. That is until she meets the Sīhalt Guardian sent to protect her during her dangerous journey to the altar. The vigorous guardian steals her first kiss, but will he be able to keep her safe and steal her heart?

Jared spent his childhood in the cold north training to be a Sīhalt Guardian – the fiercest of protectors. While seeking revenge for his sister’s death, he sets off a chain of events that endangers the next person he decides to protect. Will one act of vengeance cost him the forbidden love of the Princess he longs for?

Heathron has managed to become the heir to an empire, but he needs to be married to assume the throne. Despite all the manipulative efforts of the beautiful, back-stabbing young ladies of the Golden City, he dreams of the illustrious young girl the met as a child. Will he still love the Princess as secrets unravel and he discovers the truth about her journey to him with the warrior?

Cedric will stop at nothing to reclaim the ancestral lands of his people and drink from the skull of the man who killed his father. As he unites his army of ruthless barbarians, Cedric knows that capturing the Princess is his best chance at securing all his evil desires. Will the Princess survive being a pawn in his dangerous scheme filled with deceit and destruction?

Guardian of the Golden City (#2)

Princess Kathleen Dal Sundi survived her wedding procession. Now she must face the dangers of the Golden City — a place of grandeur and prestige. Her betrothed, the powerful Prince of Tyath, has demanded a chance to win her love before offering their wedding vows.

Kathleen is torn between duty and desire, but agrees to the compromise. The Sīhalt Guardian, who captured her heart, leaves to find his brother, while forces beyond her control rise up to threaten the foundations of the Empire.

Joined by a group of colorful friends, Kathleen soon learns that strength can be found in many forms, and resisting evil requires her to cling to life and love.

About the author:
Austin Rehl lives in beautiful Marietta Ohio. He enjoys sculpting, dancing, reading and working on the farm. He is currently going through his "Mid-Life Renaissance" complete with a sports car, new endeavors, and a better work-out routine. He admits that becoming an author was part of that new birth. He shares his life with his wife Wendy, and their six children. Austin Rehl is a practicing member of the Church of Jesus Christ of Latter-day Saints.