it is not going to be easy... Perception and Deception Series by Andrea Hintz

"The action is intense, and more plausible than what one might find in other stories. The author keeps the reader glued to pages with a keen eye for detail and a taut writing style. [...]
I highly recommend this book and the series to readers who enjoy suspense, romance, action and adventure." David L., Goodreads (#2) 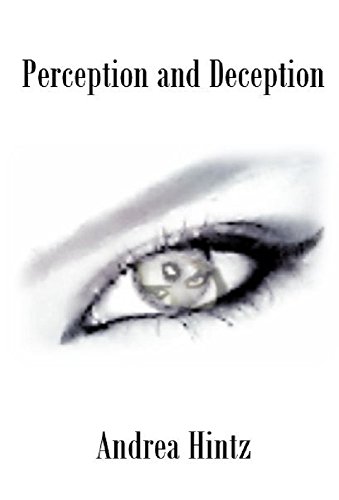 Perception and Deception I

Felix Jaynes is a special agent for the Real Life Immersion Program (also known as RLIP). A few months earlier, she had a traumatic experience that caused her to go from a confident agent who was a phenomenal expert in her field, to suddenly doubting her career. She has recently been sent to an extremely rural town called Toselville; playing the part of a young nature photographer. Everyone has their cliques in Toselville. As a twenty-one-year-old, she finds herself having to network with the younger people in town. Her mission: find the middle aged son of two weapons designers who created blueprints for the United States government. As time goes on, she befriends Ashton Mathis, the owner of the only grocery shop in town, and his best friend/employee. Ashton instantly becomes enamored with Felix's beauty and kindness she shows towards them and he begins to pursue her while she is in the midst of working on an incredibly dangerous mission.

RLIP agents have partners who talk to them through their small earpieces that cannot be seen. These agents are not allowed to see their partners or even know their names. Felix has had many partners who are generally cold and over-professional. But Felix has been assigned to Wolf, an older gentleman who becomes a sort of wise father figure to her. After going with Ashton and his friends to the town bowling alley, Felix finds that she is starting to get into a clique of her own. Ashton is there to hopefully win Felix's heart, and Felix is there strictly on business, hoping to get information for her case...or so she keeps telling herself. Against Wolf's initial words of wisdom, Felix finds herself thinking about Ashton and accepts his invitation to go out on a date. But Felix accidentally blows her cover, and soon, Ashton is attacked. Felix was able to save him once, but now her enemies will stop at nothing to get to them. Felix is reassigned to a new mission...witness protection for Ashton and herself. Their budding romantic relationship comes to a sharp halt as they now have to focus on working together to survive. They can run, but they know their enemies are never far behind. Their only option to save themselves is to solve this case. And it is not going to be easy.

Ashton didn’t kiss back right away out of pure shock.  But once he snapped out of it, he kissed her back.  He didn’t really know if he was doing it right, but apparently he must have been because she wouldn’t stop kissing him.  Ashton had no problem with that.
When she finally pulled away, there was a different look in her eyes.  Something about the way she looked at him.  Suddenly, the gaping stares of the others at the table didn’t exist.
“Let’s go,” Ashton said.
Felix got up.  She put her arm through Ashton’s as they walked away and didn’t even look back at Kalvin or the others.
As they walked away, Ashton glanced at Felix, who was starting to grin.
“I think we won,” she said under her breath.
Ashton started to laugh.
“I want to go, though,” she said.
“You want to go?” Ashton replied.  “We can do that.  I’ll take you somewhere else.  What did you have in mind?”
As they walked past Janice, she gave Felix a thumbs up.
“What was that about?” Ashton asked.
Felix just smiled.
They left the tent and walked out into the street.  They let go of each other, and Felix started laughing.
Ashton broke into a smile.  “Alright, how much of your story was made up?”
Felix looked him in the eyes.  “Pretty much all of it.  I hope you don’t mind.”
“Mind?”  Ashton broke into a smile.  He wasn’t sure if he should mention it, but it slipped out anyways.  “What about the kiss?”
Felix suddenly turned very serious.  “Does this feel real to you?”
She leaned forward and kissed him again.  Only this time, it was different.  They were by themselves.  Kalvin wasn’t watching.  And it was the realest thing Ashton had ever felt.
After she pulled away, he looked a little confused.  “What’s going on here?”
“What do you mean?” Felix asked.
“I don’t know…I just can’t believe this is all happening…nothing like this has ever happened…”
Felix watched him steadily.  “I know exactly what you mean.”
Goodreads * Amazon 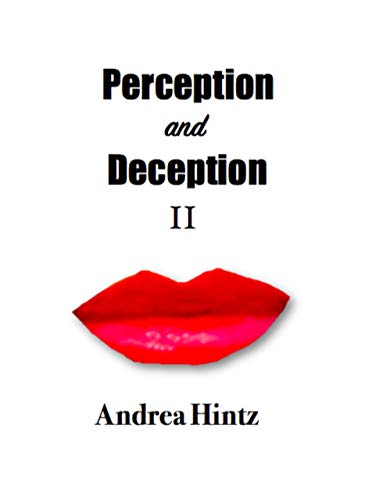 Twenty-two year old Faith Evans (formerly known as Felix Jaynes) is a former special agent for the Real Life Immersion Program, an organization that the FBI calls upon in the midst of unsolvable cases.

Faith has been enjoying her normal life outside of the agency by spending time with her boyfriend, Ashton Mathis. They have become inseparable since meeting during Faith’s final mission with the agency several months prior. Although they seem to be safe from the events that unfolded during that final mission, both of them are having feelings of uneasiness and find themselves looking over their shoulders at all times.

After spontaneously eloping at the courthouse, things begin to take a strange turn when Faith suddenly disappears without a trace… 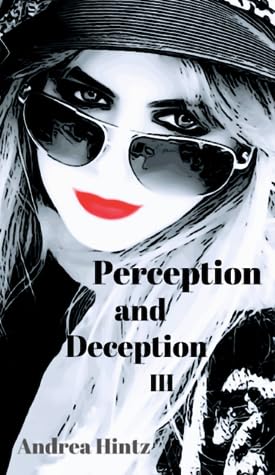 Twenty-two year old Faith Evans is a former special agent for the Real Life Immersion Program, an organization that the FBI calls upon in the midst of unsolvable cases. After being betrayed by RLIP, she decides to cut ties with them permanently and move on to a normal life. So when she’s asked to return to the agency to help with a difficult case, her immediate answer is no. However, she soon discovers that the case involves the kidnapping of her former partner's teenaged grandson, Paul Spencer. There’s no way she can stay away and sit quietly.

Paul was being groomed to become a future tech agent, but having computer hacking skills of his caliber at such a young age may have exposed him to a dangerous cybercrime ring that wants to use him for something life shattering. The agency suspects that Paul’s computer club classmates may have been the associated link. Faith is the only agent young enough to pass as a high school student and must befriend Paul’s classmates to find out what’s going on. But when politicians suddenly get involved, this case may be far more twisted and dangerous than she initially realized. On top of everything else, RLIP seems to be attempting to recruit Faith's new husband, Ashton Mathis, into the agency.

Email me at tesoroseries@gmail.com if interested in a free PDF copy in exchange for your honest review! This is the third book in a spy series, however, the first two books do not need to be read to get into the story. Each book has a stand-alone case to solve, so you won't get lost starting here.

About the author:
Andrea Hintz has loved writing her whole life. She began college at the age of thirteen and graduated at seventeen with a Bachelor's in Public Management and Administration. Having endless stacks of books, she has a particular interest in fiction genres that contain lots of adventure and take her to other places of the world. She has written many books including the books in The Tesoro Series, the Perception and Deception series, additional short stories, guest articles for writing blogs and literary magazines, as well as a short guide for beginning authors. Andrea also plays the guitar, sings, and has written notebooks and notebooks full of songs and book ideas. Her favorite books were very special to her growing up, and she believes that if at least one reader feels that way about her work, she will have successfully done her job as an author.

a Rafflecopter giveaway
Posted by CCAM at 8:21 PM

Sounds like a taut, suspense-filled series! The blurbs immediately grasped my attention.This crime fiction series looks like a treat to read

I like all the covers. The graphics are very attention grabbing.

This looks like a very engrossing series. All the covers stands out, with the black and red on the white backgrounds.

Thank you everyone for the kind words! You are incredible! God bless and happy reading!
-Andrea Hintz

I like the cover art but book 3 is my favorite. The books sound fun to read.

Thank you everyone for the kind words! You are incredible! God bless and happy reading!
-Andrea Hintz