A few desperate, mis-matched groups of men, women, and children found their way to a small town and learned how to survive, then thrive.
Now death is stalking them once more! 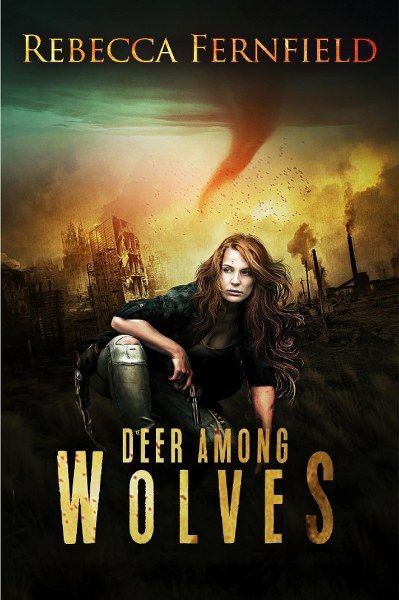 An extinction-level plague was only the beginning

Sixteen years have passed since an unstoppable plague ripped through the world killing billions.

A few desperate, mis-matched groups of men, women, and children found their way to a small town and learned how to survive, then thrive.

Now death is stalking them once more!

Newly appointed First Officer, Jude Sinclair, is under pressure when death follows a group of struggling survivors into town.

As the townsfolk sicken then die after a short, painful illness, Jude is desperate to learn how to stop the disease and save the town from extinction.

Deacon Carlisle lost everyone he loved to the plague and then ruthless survivors, now all he wants is to protect his new family and escape the infected town, but the unthinkable happens when his son disappears.

With the sickness claiming lives, and the boy missing, Jude and Deacon must rely on their own ingenuity to discover the truth, and save everyone they love.

Does Jude have what it takes to protect the town from its invisible enemy?

Can Deacon rise to the challenge of saving his son?

What is the truth behind the deaths and the boy's disappearance?

'Deer Among Wolves' is book 1 in 'A World in Ruin', a series of action-packed and intriguing tales of life after the apocalypse.

About the author:
British author, Rebecca Fernfield, is a lapsed medievalist who spends her days plotting the overthrow of evil regimes and devising intricate plans to rescue their victims. She's also given to flights of fancy about the end of the world and what she'd do if supermarkets suddenly ran out of chocolate, wine and other essentials. She lives among the flatlands of the Humber estuary where Vikings and Saxons once fought and where, sometimes, on foggy mornings, you can still hear the echoes of clashing swords.

This looks like an interesting read.... Nice cover too! :)

Interesting cover. I like the premise and look forward to reading

I like the cover. It it is well done with great colors and graphics.

The cover is very dramatic. Sounds like an interesting story.

Very nice cover - It would catch my eye on the shelf :)

The book cover is dramatic and eye catching. I would pick it out of a group of books.

I think the cover does a good job of showing the graveness and bleakness of what is happening in the world based on the plot.

This looks like it's going to be a good read!

Great cover. I'd definitely be drawn to it.