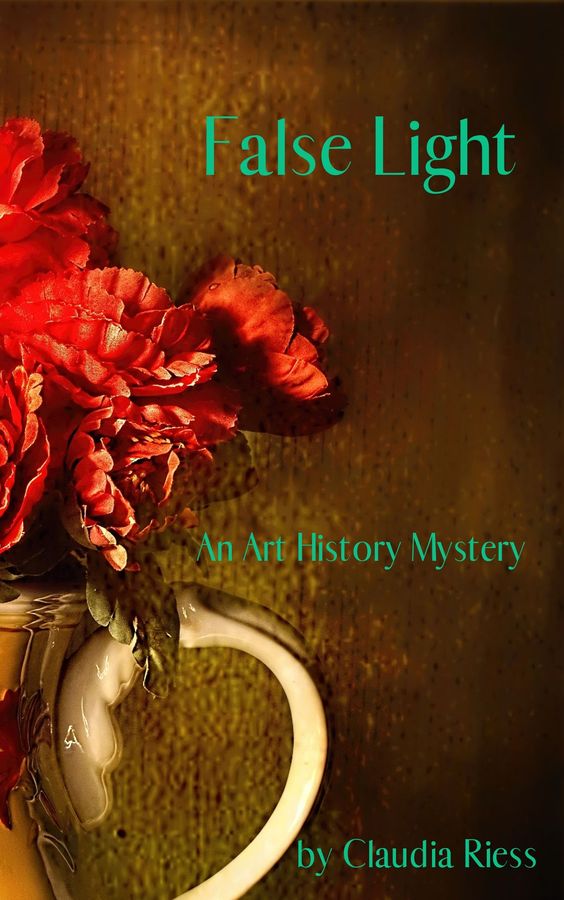 Academic sleuths Erika Shawn, art magazine editor, and Harrison Wheatley, a more seasoned art history professor, set out to tackle a brain teaser. This time the couple—married since their encounter in Stolen Light, first in the series—attempt to crack the long un-deciphered code of art forger Eric Hebborn (1934-1996), which promises to reveal the whereabouts of a number of his brilliant Old Master counterfeits. (Hebborn, in real life, was a mischievous sort, who had a fascination with letters and a love-hate relationship with art authenticators. I felt compelled to devise a puzzler on his behalf!) After the publication of his memoir, Drawn to Trouble, published in 1991, he encrypts two copies with clues to the treasure hunt. On each of the title pages, he pens a tantalizing explanatory letter. One copy he sends to an art expert; the second, he releases into general circulation. The catch: both books are needed to decipher the code.

When the books are at last united 25 years later, Erik and Harrison are enlisted to help unearth their hidden messages. But when several research aides are brutally murdered, the academic challenge leads to far darker mysteries in the clandestine world of art crime. As the couple navigates this sinister world, both their courage under fire and the stability of their relationship are tested.

Owen Grant was ebullient—“ripped with joy,” his beloved wife might have said. He smiled, remembering the flutter of her eyelids that accompanied her minted phrases. Now that she had died and his arthritis no longer permitted him to jog up a sweat, he satisfied his lust for life—which remained, five years after retirement, as vigorous as it had been in his teens—with voracious reading and clay sculpting. Today, however, he satisfied it with the Art and Antiques article that had set his heart racing when he’d come across it this morning while sifting through his mail. He stole another glance at the newsletter on the kitchen table. In the article, a used and rare book shop owner spoke about having acquired a copy of a memoir by Eric Hebborn, the infamous art forger. “It was in a carton I picked up at an estate sale,” the owner had said. “The author’s handwritten note on the title page literally blew my mind!”

Hebborn’s note was displayed in a photograph. Owen had recognized the handwriting at once. Imagine, after decades of searching for this copy of the book—placing ads in all the art magazines, later in their online versions, finally giving up—proof of it had fallen into his life as he was about to venture another sip of his scalding morning coffee. 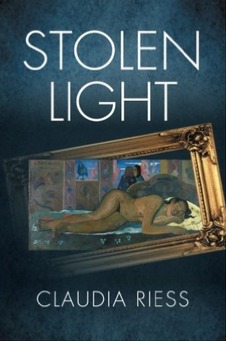 Now it was 8:30 p.m., and there was nothing more to prepare for. Owen had contacted the shop owner—how young and breathless she had sounded!—and they had made plans to meet. He had invited his longtime friend and colleague, Randall Gray, to collaborate with him. Randall, twenty years his junior and still in the game, was more current in his knowledge of the world of art crime and eager to have a look at the book as well. Owen was on a skittering high, unable to concentrate on his usual avocations. Rather than wear a hole in the carpet pacing in circles, he opted for a walk in Central Park.

He headed for the nearest pedestrian entrance at Fifth Avenue and 72nd Street, two blocks from his luxury apartment building on 74th. There, he chose the rambling path leading to the Lake and Loeb Boathouse. It was a balmy night, on the warm side for mid-April. He might have stepped out in his shirtsleeves, but his conditioned urbanity, always at odds with his truer self, had held sway, and he had worn his suit jacket.

Aside from the couple strolling up ahead and the sound of laughter coming from somewhere south, Owen was alone. There had been an uptick of muggings lately, but his frisson of fear only piqued his excitement for the adventure shimmering on the horizon. As he walked, he silently chatted with his wife, Dotty, as he often did, so that their separation would not be absolute. He commented on the moonless night and looked up, for both of them, at the rarely visible canopy of stars. For a few seconds he was lost with her, until, without warning, he felt a hard object pressed against the back of his skull—the skull that held all memories, like Dotty’s fluttering eyelids and the smell of new clay. He knew what the object was without ever having touched one. He was a man of reason, not a fighter. He flung up his hands. “I have money. Let me get to it.”

There was no response. He reached into his pocket for his wallet—how warm the leather was against his thigh—and his keys jangled of homecomings, and the child in him whimpered please no, before the explosive pop of a champagne cork ended him and Dotty and all the rest of it.

About the author:
Claudia Riess, a Vassar graduate, has worked in the editorial departments of The New Yorker and Holt, Rinehart, and Winston and has edited several art history monographs.

Author's Giveaway
a Rafflecopter giveaway
Posted by CCAM at 12:06 PM

Thanks, Mythical Books, for featuring False Light, second in my art history mystery series. Since the romantic relationship of protagonists Erika and Harrison plays a prominent role in the novels, the genre is a kind of hybrid.The source material for creating art-world crimes is almost limitless, and it's where the most sublime instincts clash with the basest. Any discussion about plot, character development or any other aspect of the writing experience is welcome!

I like the cover. The cover is beautifully done.

Thanks for the opportunity to win! The cover is awesome

You're welcome! I cannot wait to read this book!

@all
Thank you for comments and Good Luck!

The cover is awesome! I ca't wait to read this.

Have a terrific Thursday!