If he ever wants to return to his homeland, he must insert himself into the dangerous world of technology smugglers. It’s a place where only the aggressive and ruthless survive. 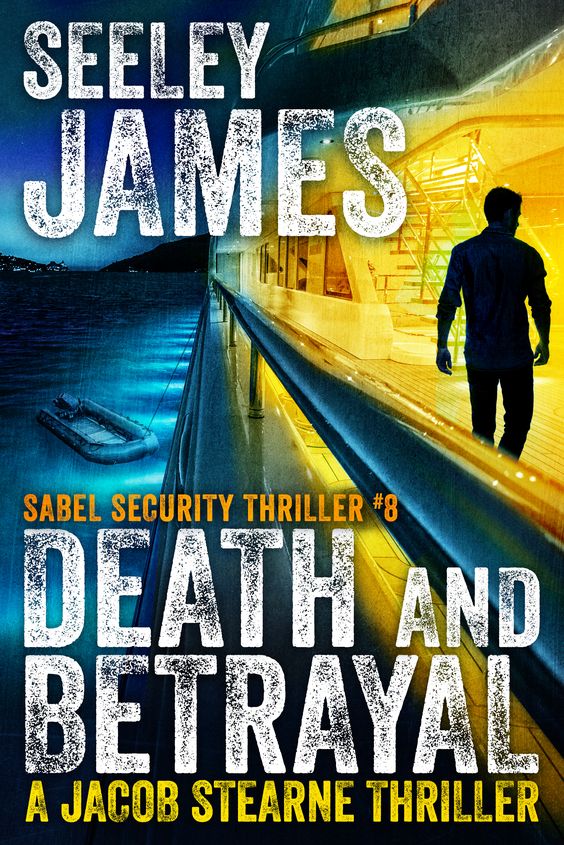 The blurb summarises the plot well enough. But what the reader cannot fully realise is the intensity and speed on which everything happens. Irrespective of where the action takes place: on the sea, in meetings or hospital rooms, on dark streets or a forsaken church... there is no still moment, not lost time, no breaks, no useless information. The clues are all there, everything that's happening is linked and there is no deus ex machina.

And speaking about god...s, I have to say that I met Jacob Stearne only in this eighth volume so I'm still curious about his "relationship" with Mercury who not only helps JS and guides his moral compass but also, in a personal way, whispers him "Respice te, hominem te memento". I liked how the author uses Mercury without adding to the impossibility of the story.

Thriller aspects are paired with the funny ones, trust with betrayal, heroism with mercantilism, despair with hope, secrets with security and intelligence (or lack of them) all being the needlepoints in a very attractive embroidery on the tapestry of what Jacob Stearne' life became. The colors of this tapestry form a wide palette of grays, keeping the white as the final personal finis, even when the dark side seems more alluring.

Even if it is a thriller - mystery - pure action book, the author's language is not stripped of color, variety, and appeal. Also, between the lines or just embedded into the story, the author makes some good appreciations about the social statutes and their differences.

Seeley James, you might say that you have struggled at times, but I didn't need to resort to my perseverance. Your story is great and kept me in the middle of everything. I could imagine every step, any thought, any disappoint or Jacob's fear, but also his power, his determination, and his heart. Now, I have to read the rest of the volumes and to adhere to your secret society... do we have a secret handshake?

The rest of you, boys and girls, it does not matter if you do not usually read this kind of book, you'll love Jacob and his friends... and enemies... Enjoy!

Jacob Stearne, ex Army Ranger and current Sabel Security operative, is about to propose to his girl when he discovers that "next generation" weapons are being shipped to our enemies. Some factions in the US government ask him to find the perpetrators while others work to make sure he fails. His intended fiancé does not understand his disappearance and he can’t give an explanation. When Jacob sets out to expose the billionaire intending to auction off national secrets, he is fired, expelled, and hunted by the government that once awarded him medals.

If he ever wants to return to his homeland, he must insert himself into the dangerous world of technology smugglers. It’s a place where only the aggressive and ruthless survive. In the cutthroat world of modern-day pirates, every breath he takes may be his last. He must ask himself, can he outsmart the most corrupt billionaires in history before democracy is destroyed? Can he lose the woman he loves to save the nation? 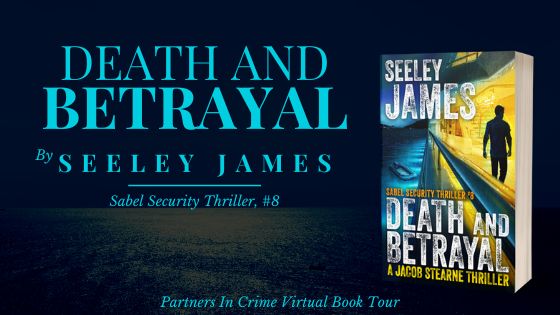 About the author:
Seeley James' near-death experiences range from talking a jealous husband into putting the gun down to spinning out on an icy freeway in heavy traffic without touching anything. His resume ranges from washing dishes to global technology management. His personal life ranges from homeless at 17, adopting a 3-year-old at 19, getting married at 37, fathering his last child at 43, hiking the Grand Canyon Rim-to-Rim at 59, and taking the occasional nap.

Seeley's writing career began with humble beginnings including publishing short stories in The Battered Suitcase leading to being awarded a Medallion from the Book Readers Appreciation Group. Seeley is best known for his Sabel Security series of thrillers featuring athlete and heiress Pia Sabel and her bodyguard and operative, veteran Jacob Stearne. One of them kicks ass and the other talks to the wrong god.

Seeley's love of creativity began at an early age, growing up at Frank Lloyd Wright’s School of Architecture in Arizona and Wisconsin. He carried his imagination first into a successful career in computer technology sales and marketing, and then to his real love: fiction.

I now have to read this book after reading your review!!!!