Who is telling the truth? NO OTHER WAY (Harry Hunter #3) by Willow Rose

"The 3rd book in this series is even more action packed than the last two if that is even possible! [...] Open the book to the first chapter and be ready for a roller coaster ride you just can't get off until the very end! This is a great action packed series you won't able to put down from the very first page!" Merry C., Goodreads 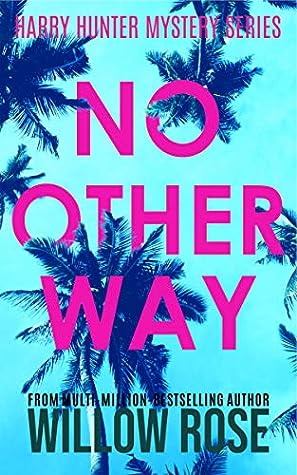 Three women went on a road trip to Key West. Only two returned. When asked what happened, their stories don’t completely match.


Who is telling the truth?


What are they hiding?

Detective Harry Hunter of the Miami PD is in church on a peaceful Sunday morning when a young teenager pulls out a gun and shoots his own father.

Once the shock is gone, Harry starts to ask himself the question no one else seems to care about: What makes a young boy want to kill his own father?

When more blood is shed, Harry suspects there’s a secret buried in this town that no one wants unearthed. What are the people around him not telling him? 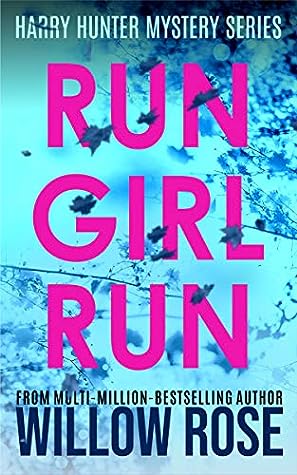 Willow Rose’s beloved detective, Harry Hunter is back in this thrilling second installment of the bestselling series.

When a mother and her child are pulled out of the harbor in their car, the case seems pretty straightforward for Miami PD and Detective Harry Hunter.

Everything points to a murder-suicide.

They were homeless, living in their car, and the mother decided to end it all for them both by driving into the water.

But the case is not what it looks like, Detective Harry Hunter soon realizes.

Harry’s daughter is carrying devastating knowledge about their deaths, and soon she becomes the killer’s next target.

As Harry races to protect her, he is betrayed by someone he thought he knew, leaving him terrified of trusting anyone in a town filled with liars.

RUN GIRL RUN is the second book in the Harry Hunter Mystery Series. 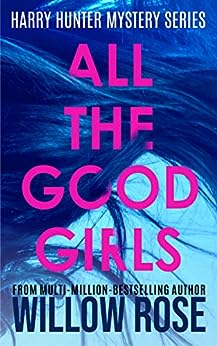 Detective Harry Hunter of Miami PD’s homicide squad throws himself into a case no one asked him to solve.

Four teenagers from one of Miami's affluent neighborhoods are murdered on a boat. Another is found in a dumpster. All five of them go to the same school and are on a list of witnesses to another crime.

Because he's in bad standing with his boss, Harry is given the task of protecting a possible future victim, but Harry isn't always known to follow his boss's orders.

Soon, he'll risk everything while racing to stop a killer who has left everyone else in the homicide squad shaking in terror.

ALL THE GOOD GIRLS is the first book in the Harry Hunter Mystery Series and can be read as a standalone.

About the author:
The Queen of Scream aka Willow Rose is a #1 Amazon Best-selling Author and an Amazon ALL-star Author of more than 60 novels.

Willow's books are fast-paced, nail-biting pageturners with twists you won't see coming. Several of her books have reached the Kindle top 10 of ALL books in the US, UK, and Canada. She has sold more than three million books.

Willow lives on Florida's Space Coast with her husband and two daughters. When she is not writing or reading, you will find her surfing and watch the dolphins play in the waves of the Atlantic Ocean.

I love her books....Always looking for the next one...

My kind of reads!