"Go out and tell all those you meet, Caledon has risen. Caledon will be protected and defended. And to you who would cause her harm, be prepared. A new fight has come." 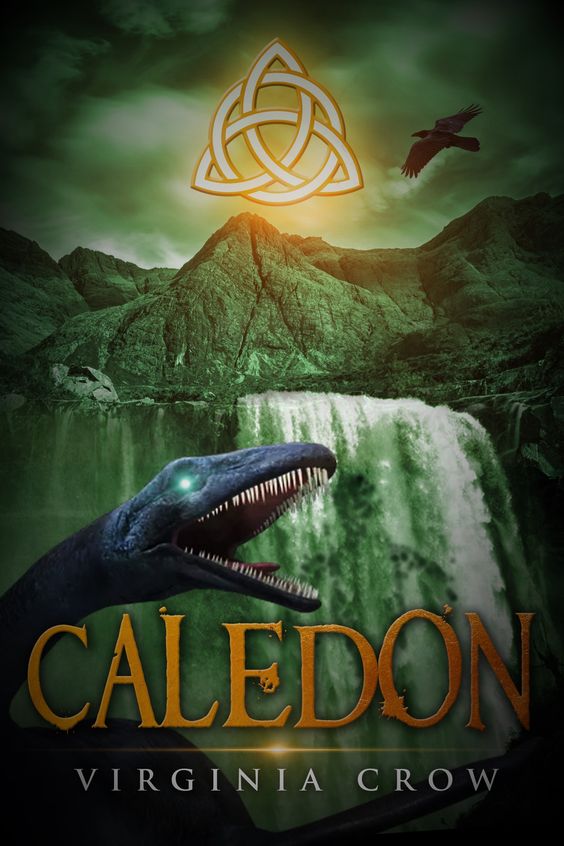 Caledon's story is like a high mountain path. It is sinuous, sometimes abrupt, sometimes mild and wider, sometimes it gives you time to breathe and sometimes takes it away. From plain level, through clusters or the alpine meadows to the lone, barren peak, what does not change is the beauty, sad or hopeful, of the imagines that surround you. Imagines formed by real historical aspects, tribulations of heart and duty, sacrifices, myths, and magic. Even in death, I hoped to meet again... (hmmm no spoilers here). The combinations are sometimes tragic and sometimes heartening. The satisfaction you have when reaching the top deserves the few hours spent reading the story.

The language is modern, even if a bit different, enriched but not hampered, just enough to help you hear the echoes of the Culloden battle and what came afterward. High ideals and ancient duties make our hero/s fight and sacrifice for the greater good, the people of Caledon, as Caledon is not only the land or man, is the spirit of all Scotts together. If men fail to fight, then their unique spirit will come to their aid. The battle is not easy and the dangers don't always come from the face enemy nor the salvation.

If you want a comparison, think to a just a bit darker Rob Roy (1995) and add some elements of myth and folklore. Enjoy! But be aware: if you are not already, you could become fascinated by Scottish history and myths. 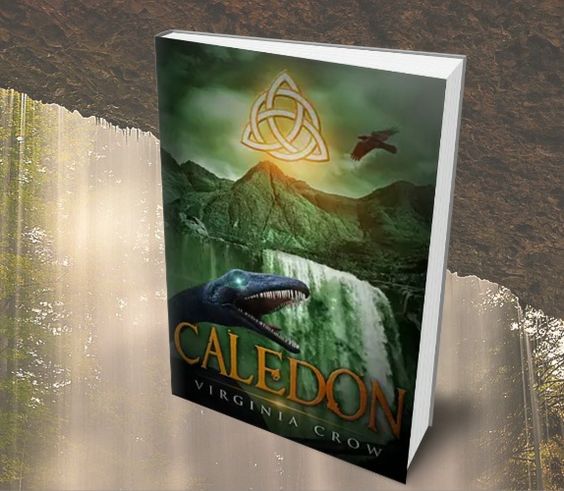 "Go out and tell all those you meet, Caledon has risen. Caledon will be protected and defended. And to you who would cause her harm, be prepared. A new fight has come."

After the destruction of the Jacobite forces at Culloden, Scotland is divided, vulnerable and leaderless, with survivors from both sides seeking to make sense of the battles they have fought against their fellow Scots.

James Og flees Drumossie, seeking the protection of his uncle's house in Sutherland. It is here James learns that the Northern Highlands hold a secret power only he can wield: Caledon. When Ensign John Mackay begins hunting Og's family, James realises he must harness this power to defeat the enemies of Scotland.

But, as the ageless Caledon awakes, so too does an ancient evil. When it allies with Mackay, the small Clan of Caledon faces enemies at every turn, discovering that even those closest to them may seek to destroy them.

About the author:
Virginia grew up in Orkney, using the breath-taking scenery to fuel her imagination and the writing fire within her. Her favourite genres to write are fantasy and historical fiction, sometimes mixing the two together such as her soon-to-be-published book "Caledon". She enjoys swashbuckling stories such as The Three Musketeers by Alexandre Dumas and is still waiting for a screen adaption that lives up to the book!

When she's not writing, Virginia is usually to be found teaching music and obtained her MLitt in "History of the Highlands and Islands" last year. She believes wholeheartedly in the power of music, especially as a tool of inspiration. She also helps out with the John o' Groats Book Festival which is celebrating its 3rd year this April.

She now lives in the far-flung corner of Scotland, soaking in inspiration from the rugged cliffs and miles of sandy beaches.
She loves cheese, music, and films, but hates mushrooms.

the more you comment, the better your chances of winning
a Rafflecopter giveaway
Posted by CCAM at 8:30 PM

Thank you for featuring my book on your blog, and for your fantastic review! I absolutely love the analogy with the landscape, I think you've harnessed the spirit of the book!

You're welcome! I'm glad you liked the review :) because I loved Calderon. I cannot wait for the next books.

Thanks for sharing your book with us. I think we all enjoy hearing about new books we previously didn't know about. Also, thank you for the giveaway.

Book 2 is already in first draft stages - I can't wait to get it out there. I'm busily editing even now!

Thanks, James, I hope you enjoy the book, and good luck with the giveaway!

thanks this book sounds great, best of luck with it

Thanks Wendy and Rita. I absolutely loved writing this book - it was a great excuse to put together my love of history with my love of the fantasy genre!

This book sounds like an amazing read. Great cover!

Thanks, Cali! Good luck with the giveaway!

Putting the cover together was an experience(!) The artist was very patient, as I kept asking for little tweaks. I'm really glad you like it, Debbie!

Thanks, Sherry! Just spotted your avatar - I love wolves! The last wolf in Scotland has a pretty crucial role in this book!

Did you design the cover of your book?

Hi Bernie! I picked the features of the story which I wanted on the cover, but my publisher works with freelancers to do the actual designing. I knew I wanted the waterfall, the sea monster, and that I wanted it to be predominantly green. The poor designer was very patient while I kept making suggestions!

Thanks, Nancy! I think the cover hints at quite a few events in the story, as well as giving an overall feel of the book.

Really liked learning about your book, cheers to your tour.

Thanks, Calvin! I'm glad you found the blog interesting!

Hi Bridgett! Thank you for your comment - I really hope you enjoy the book! I'd love to know what you think of it!

Psst! It's free on Smashwords at the moment!

Thanks for your comment, Laurie! I'm glad you like the cover, and I hope you like the book, too! I'd love to know what you think of it.
📚