She isn’t looking for love. He’s running from it - Imperfect by Holly Carr

"I thoroughly enjoyed this contemporary romance. It’s a slow-burn romance with some mystery and suspense. I was so invested in the book and Alex and Sam’s relationship; it was hard to put down." Nagma, Goodreads 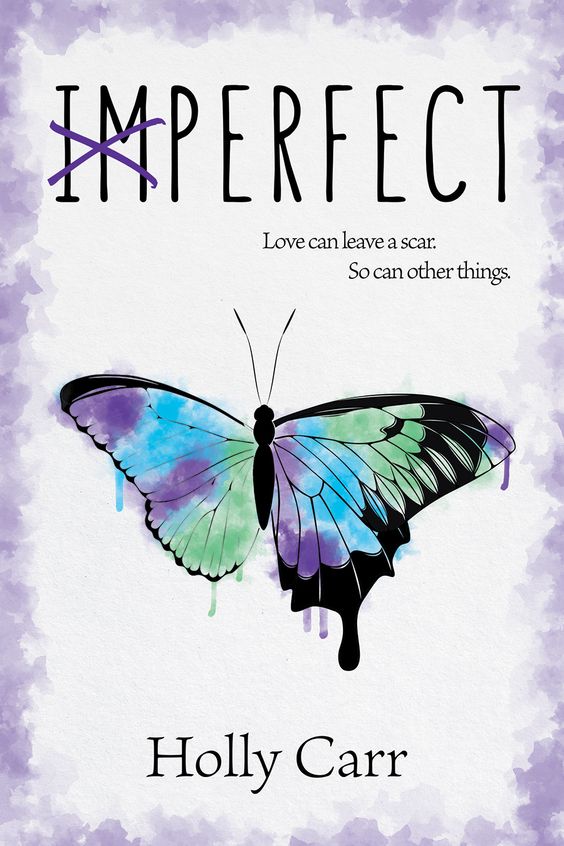 Description:
Published: August 2021
She isn’t looking for love. He’s running from it.
A workplace crush is supposed to be light-hearted. Frivolous, even. Just some daydream inspiration to make the hours go faster, or to fill in twenty boring minutes.
Sam isn’t ready to develop actual feelings for someone. Not with Logan still looming so large in her heart, and especially not when the subject of her infatuation is her new employer.
Alex doesn’t plan to fall in love ever again. Not after what happened with Victoria.
But fate seems determined to begin an unwanted love story, and a tentative romance blossoms as Alex and Sam battle the malicious sabotage of a rival company.
That is, until Alex’s evil ex-wife re-enters his life, threatening to take custody of their daughter.
Sam’s determination to help the desperate man stand up for himself brings the two would-be lovers closer, but Victoria’s antics only highlight to Alex the dangers of leaving himself vulnerable.
Can Sam convince him to set aside eleven years of stanch celibacy and give into his feelings?
And just how did he get that mysterious scar on his face?
This contemporary romantic suspense novel is perfect for readers with a soft spot for a hesitant love story, a single dad, and a relatable heroine.
EXCERPT

Sam stood just inside the door to Dimitri’s office, leaving it ajar so she could see though the gap. She peered down the hallway so she could warn Alex if their unauthorised presence were pending discovery. Unable to relax, she repeatedly lamented her decision to accompany him. All that stopped her from abandoning her post and returning to the party was her fear she’d be caught on the way, thus making it more likely Alex would also be busted.

She’d uselessly checked the clock on her phone twice already. It made no difference, as Alex hadn’t specified a time limit. He wasn’t going to suddenly give up just because their breaking and entering had totalled ten whole minutes. But it gave her something to do, and she sorely needed a distraction to take the edge off her panic.

She periodically turned to watch Alex, hoping he would either find something soon or give up. He was going through Dimitri’s desk, skimming papers, and meticulously putting them back in the same order. So far, nothing out of the ordinary had shown up.

She’d already voiced her opinion it was unlikely anything so important would be written down on paper, and Alex had admitted she was probably right. Short of hacking his desktop, this was almost certainly a futile exercise. He’d confided that he was holding out hope because Dimitri was somewhat ‘old school’. There was potentially an interesting hardcopy stashed somewhere.

Finishing with the drawers, Alex started on the single tray of documents on top of the desk. Dimitri’s workspace was unencumbered by the clutter littering Alex’s. Being well past retirement age, Sam suspected he didn’t have as much to do with the day to day running of his company as Alex did.

I wonder how much work it would take to make Alex’s desk look like that, she thought. Probably more than she’d care to contemplate. Even if she managed it, the lack of visible tasks would only serve to make him anxious anyway. He was too used to having three people’s work to do.

Her head whipped back to the door when she heard a bell ring in the distance. ‘Someone’s getting out of the lift,’ she whispered urgently.

Alex looked up, startled. He was only about halfway through the tray, and she saw his eyes dart back to the pile, eager to keep looking. He spoke distractedly, more engrossed in his task than their conversation. ‘I’ll just finish looking at this and we’ll …’ A sick pallor washed over his face as he looked up at Sam again, who was frozen in shock.

They had both realised their predicament at the same time. Her self-appointed position as ‘lookout’ was completely useless. The only way out was the lift or the stairs beside the lift. If someone was coming this way, they were going to be caught red-handed.

Sam couldn’t believe they had both been that stupid. Alex’s eagerness combined with her discomfort had blinded them to the obvious. They’d trapped themselves. Their only hope was that whoever it was didn’t plan on coming in this direction.

Watching the hall nervously, she saw shadows coming from around the distant corner, and her heart sank as she realised the voices were getting closer. There was no doubt about it, they were coming this way.

Swiftly closing the door, she confirmed this fact to Alex. He uselessly put the papers back into the tray. No one would ever know he’d been through them if they could just somehow not be caught.

Their mere presence made his intentions obvious though. Even without the physical evidence of disorder, what other reason could they have for being here?

Sam answered her own question as she watched Alex stride around the desk looking grim. He appeared to be mentally preparing himself to face the music, but maybe they didn’t have to.

It’s crazy, she thought. Too crazy, but I can’t think of anything else.

It was a risk on a lot of levels. They’d still be ‘busted’ in a way, and she was sure Alex wasn’t going to like it, but it was all she could come up with on short notice. ‘Take off your jacket and undo your tie,’ she whispered.

Alex’s look of bleak determination turned to confusion. The request certainly didn’t fit the situation, but she didn’t have time to ease him into it gently.

‘If we can’t get out before they come in, we need a different reason to be here. Take off your jacket, and undo your tie and some buttons,’ she whispered again, more urgently this time, beginning to untie her skirt.

About the author:
Holly Carr was born in Victoria, Australia, where she still lives today with her husband and a cat with no sense of personal space. She graduated from Deakin University in 2010 with a Bachelor of Arts (Public Relations), majoring in Literary Studies.
Holly first began writing creatively while she was at university, only setting aside her incomplete manuscript due to time constraints. It took ten years before she finally sat down to write again, and her first completed novel ‘IMPERFECT’ practically wrote itself. She enjoyed the experience so much she has already begun work on another.
When she takes a break from writing, she enjoys occasional visits from her grown-up son, pole dancing, eating far too much Mexican food, and pretending to know a lot about wine.
You can get the first two chapters of her forthcoming novel ‘UNLUCKY’ for free at her website, or follow her on Facebook and Instagram
Website ** Goodreads ** Facebook ** Instagram
Author's Giveaway:
a Rafflecopter giveaway
Posted by CCAM at 5:47 PM

I'm in love with the cover!

The cover is so peaceful!