Will Jesse survive the things that go bump in the night, or will he become just another tall tale this Halloween? 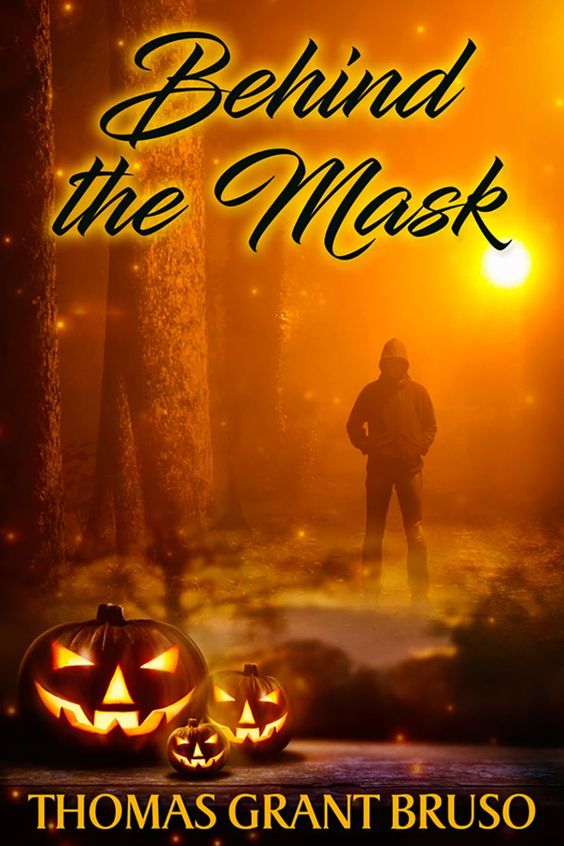 Description:
Published: October 2021
Seventeen-year-old Jesse has a babysitting gig at the Linderman’s house on Halloween. He loves watching Christie and Dylan and is thrilled to see them dressed up in cute, creative costumes. When he arrives at their house, Jesse knows it will be a fun-filled night of pumpkin carving and trick-or-treating.
But Jesse quickly realizes Halloween is not only about candy, pumpkins, and scary costumes. It’s known for tricks and ghoulish things and can bring out crazies. While trick-or-treating, he notices a strange person wearing a glow-in-the-dark mask watching him from the shadowy street.
The rest of the night turns into a cat-and-mouse game of survival. Strange things start to happen at the Linderman’s residence, setting Jesse on edge, making him apprehensive somebody might be taking the spirit of Halloween too far.
Will Jesse survive the things that go bump in the night, or will he become just another tall tale this Halloween?
EXCERPT
I leaned my forehead against the doorframe and closed my eyes, waiting a beat. When I opened my eyes, I watched the vehicle reverse and slowly pull out into the street, braking for children running by. The headlights bounced up and down as the vehicle's wheels rolled downhill along the raised trajectory of the driveway.
As I watched the car drive off, its read taillights blinking as if in warning, my chest tightened like a clenched fist for some indeterminate reason, and an uncomfortable heaviness settled inside me. I let the curtain fall from my slippery fingers back into position, and I leaned against the wall to catch my breath and bearings.
I climbed the stairs and relieved Christie, telling Dylan he had to dry off, dress, and get into bed. He turned on his brotherly charm and debated with me about bedtime. “Your mom and dad were strict about what time you had to be in bed,” I told him.
“Just go to bed, Dylan,” Christie yelled from her bedroom.
Dylan sat on the bathroom floor, pouting and wrapped in a towel, as I drained the tub and put away his toys. “I’ll read you a story before I turn out the light,” I said.
“Batman, please,” he begged.
“Dry off and get into your pajamas.”
He stood and stomped out of the room.
“Stop being a baby!” Christie yelled from down the hall.
“I ain’t a baby!” Dylan shot back.
“I’m not a baby,” his sister corrected him.
I stepped out into the hall to referee their sibling mudslinging. “I can skip story time,” I said to both of them. “Is that what you want?”
A unison of “Nos!” shot out into the hall from their open bedroom doors, the only unanimous decision they’d made as brother and sister that night ...
I read to Christie, who couldn’t keep her eyes open for more than five minutes. I gave Dylan a glass of water and set it on his night table. I ran my hand through his floppy brown bangs that had been spared from the vomit, and he fell fast asleep from the steady, relaxing raking gestures of my hand in his hair.
As much I enjoyed story time with the kids, I couldn’t wait to delve into my quiet corner of the house with a cup of tea. I wanted to start on my homework, especially after Dylan’s stomach-churning episode.
I pulled the comforter up around his back and reached over to shut the lamp off. I left the Godzilla nightlight lit up across the room and cracked the door open ajar. I checked on Christie one last time before heading downstairs. I poked my head into her room to make sure she wasn’t dreaming. After I’d finished reading Dr. Seuss to her, she told me that she didn’t sleep well when her parents were not home.
I told her that I’d be downstairs, and if she woke up scared to come down, I’d fix her a glass of milk. She felt safer with the door wide open, she told me. I wished her goodnight and crept downstairs to the kitchen.
I microwaved a cup of water and brewed one of Mrs. Linderman’s decaf black tea bags for five minutes while I rummaged in my bookbag for my math homework. Before sitting at the kitchen table, I plated three chocolate chip cookies from Mrs. Linderman’s fresh-baked stash.
I blew on the hot tendrils of steam wafting up from the teacup and dunked a cookie. My empty stomach growled at the aromatic chocolaty smell. I looked around the silent kitchen, chewing and dipping. Peace and quiet, finally, I thought, resting my elbows on the tabletop and sitting hunched forward under the yellow globe of light from the stained-glass ceiling lamp hanging overhead, savoring the deliciously sweet dessert.
Without Christie and Dylan talking and nagging and carrying on about something, I felt my thoughts winding down, the wheels in my mind slackening to the speed of a snail. My heightened anxieties dwindled like the setting sun. I worked on the half dozen Algebra questions for class, showing my work on separate pages in my notebook, and struggling with a few questions when a sound from outside jerked me out of my reverie.
I looked up and stared down the hall leading into the living room. Shadows danced beyond the drawn lace curtain on the front door. I thought I heard footsteps on the porch steps, but it was the wind tugging on the screen door, yanking it open, and slamming it against the side of the house.
I thought I had locked it.
Goodreads ** Amazon ** Barnes&Noble ** jmsBooks 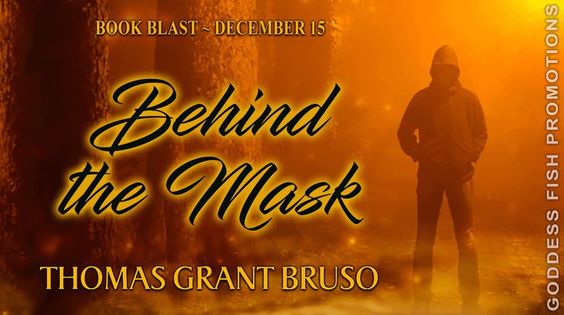 About the author:
Thomas Grant Bruso knew at an early age he wanted to be a writer. He has been a voracious reader of genre fiction since he was a kid.
His literary inspirations are Ray Bradbury, Dean Koontz, Stephen King, Ellen Hart, Jim Grimsley, Karin Fossum, Joyce Carol Oates, and John Connolly.
Bruso loves animals, book-reading, writing fiction, prefers Sudoku to crossword puzzles.
In another life, he was a freelance writer and wrote for magazines and newspapers. In college, he was a winner for the Hermon H. Doh Sonnet Competition. Now, he writes and publishes fiction, and reviews books for his hometown newspaper, The Press Republican.
He lives in upstate New York.
Goodreads ** Twitter ** Instagram
Author's Giveaway
a Rafflecopter giveaway
Posted by CCAM at 8:30 AM

Thanks for hosting! I won't be available to check in until later this evening. Good luck to readers. And happy reading!

When "When a Stranger Calls" meets "Friday the 13th." A spooky, fun read!

Yes!! I think this book would pull me in from the start!

The story is my spin on "When a Stranger Calls" and "Friday the 13th."

I am really looking forward to reading this one!