My mother always taught me to trust my instinct... The Academy (The Academy Saga #1) by C.J. Daly

"Great YA romance with intriguing story and there are more to come in the series! I loved this book, the chemistry between Kate and Pete [...] This is sexy fun while also being a compelling page turner. Loved it!" Jenny R., Goodreads 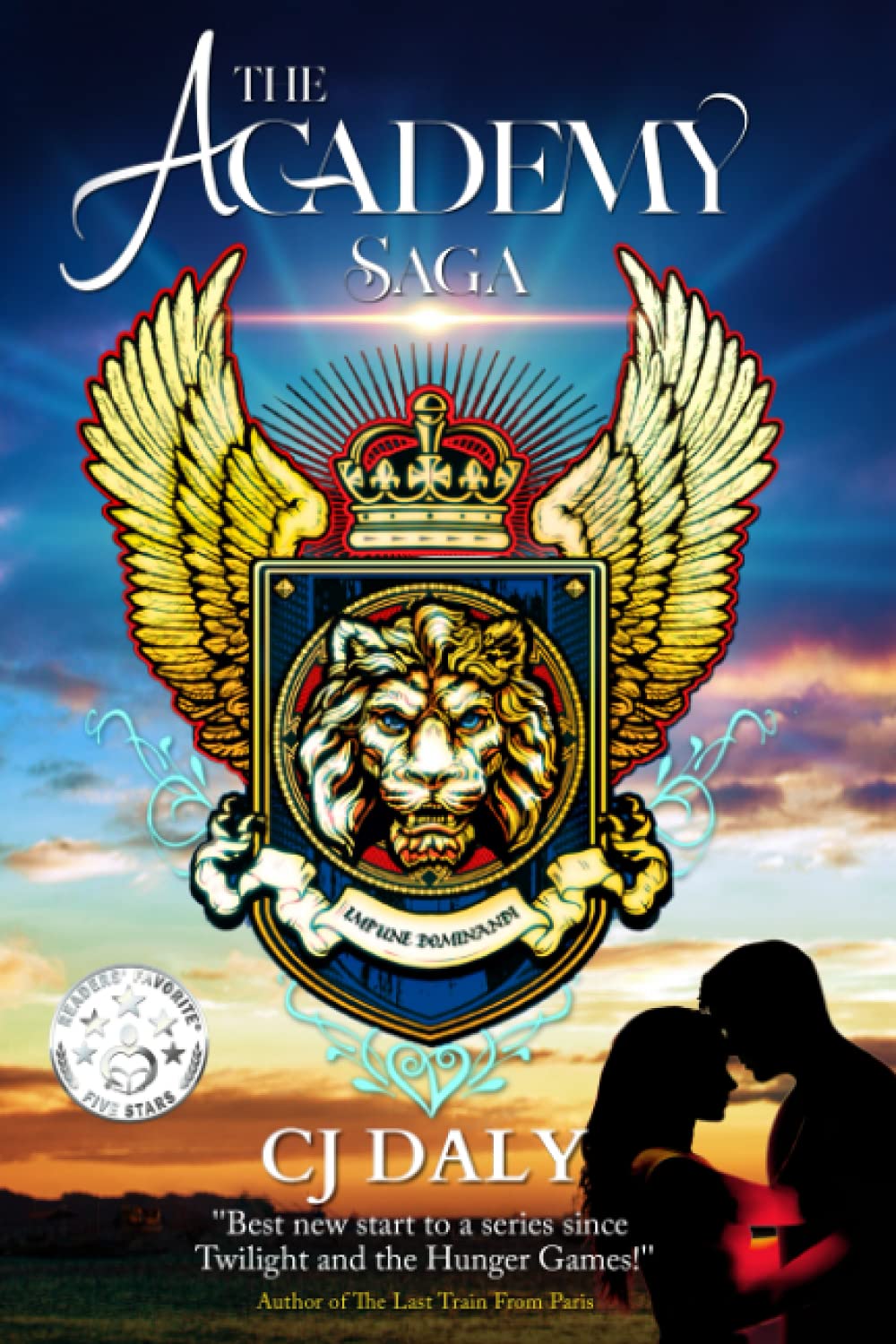 Description:
My mother always taught me to trust my instinct.
And now it’s telling me those two hot guys, sitting nonchalantly in that diner booth, have a hidden agenda. What are they even doing in this town that doesn’t make a dot on the map? And why are they giving me such a hard time?
I already know that pretty and poor is a bad combination; it just seems to unleash the monster in some people. But I grew up strong, resourceful, and with a fierce pride that makes me fight back. Even when I’m outclassed.
From the moment Ranger stared right through me, I know I’ve seen those icy eyes before. And the moment I peer into Pete’s deep brown eyes I know I’m done for. But he just happens to be a cadet from that “elite” academy that’s after my gifted little brother. Coincidence? Mama said there’s no such thing, and to never let Daddy sign us up for special schools. The Academy will stop at nothing to get what they want. And for some inexplicable reason they want us. But these elite cadets have finally met their match.
Because when all you have in the world is your family, you’ll do whatever it takes to save them.
EXCERPT

My panicked eyes looked up to see the man grinning victoriously down at me. I was trapped, and we both knew it.

“Come on, sweetheart, let’s go,” he directed with a sharp nod.

I was just about to dive down the blank alley when my situation turned from bad to worse—one of the dogs finally managed to hook his front legs over the top of the fence. Crap! I closed my eyes, preparing to leap into the back of the man’s truck, when a sharp whistle pierced the darkness. Momentarily startled, the dog stopped his struggle to heave himself over the fence, lost his momentum, and fell back down. Almost faint with relief, I looked around for the source of the sound. Headlights from the street penetrated the darkness, haloing another large vehicle that had just pulled up beside the man in the truck.

Oh, thank God! Someone needed to get through the alley. This was my break! Words were being exchanged between open windows, but it was hard to hear because the dogs started up another furious round of barking, their attention now evenly divided between me and the two trucks parked side-by-side in the street.

Something about that voice sent a vibration down my spine. That can’t be right. Unfortunately, nobody knows where I am.

The stalker in the truck stuttered, turned red, took one last accessing look at me plastered against the fence before slamming the door shut. “Good luck with that one!” he spat before roaring off into the night.

Shaking, I ducked down to take a couple of deep breaths while I waited for the big black Jeep to pull through the alley so I could run. But it didn’t move. Holy cow! I just realized I’d seen this Jeep before. Only it wasn’t a Jeep; it was a Hummer. A black Hummer, and I’d only seen one of those once before . . . My eyes traveled up the large, knobby tires and into the open window, where a pair of glacier eyes was looking down on me crouched in the weeds. Disbelief momentarily stunned me stupid. No Way! I blinked. Sure enough . . .

It just couldn’t be. Could it?

I stumbled upright to get a closer look. What I saw made my face blanch and my feet scrabble backwards like I’d seen a ghost.

What’s he doing here? Nothing good.

“Get her in the truck,” someone directed from the driver’s seat. I thought that voice sounded familiar, too, but couldn’t be sure because my ears were ringing, and I was faint with fear and near exhaustion.

I must’ve been taking too long to process what was going on, because the door sprang open. A very large, very muscular guy stalked my way, with a determined look upon his face. Somewhere in the recesses of my mind I registered the fact that he was also very good looking.

Oh man . . . not again! It suddenly occurred to me that I’d just jumped from the frying pan into the fire!

About the author:
CJ Daly grew up on the scrabbly plains of eastern New Mexico. When she was supposed to be helping her six siblings with chores on the family ranch, she was really sneaking behind dusty haystacks to read. And dreaming about adventures with mysterious, handsome strangers.
After graduation CJ moved to Big D, where she quickly put herself through college while trying to rid herself of her country accent. She had better luck with college, graduating magna cum laude with a degree in English literature. After a humorous stint teaching seventh-graders how to appreciate poetry that doesn’t rhyme, and pausing to have back-to-back boys, she began writing during those sleepless, slap-happy nights.
A few months later, The Academy Saga was born. Upon its debut, it became an instant Amazon Bestseller and earned a Readers’ Favorite seal of approval. When she isn’t writing, you can usually find CJ running from one athletic field to another to cheer on her boys or feeding the wild animals that show up at her back door. When she isn’t writing, she likes to kick back with her gal pals and sip Texas-sized cocktails while gabbing about favorite books and TV series. But CJ’s greatest pleasure is sharing The Academy Saga journey with you.