He thought he was prepared ... The Revelation of Three (The Empyrean Trilogy, #2) by Sara M Schaller 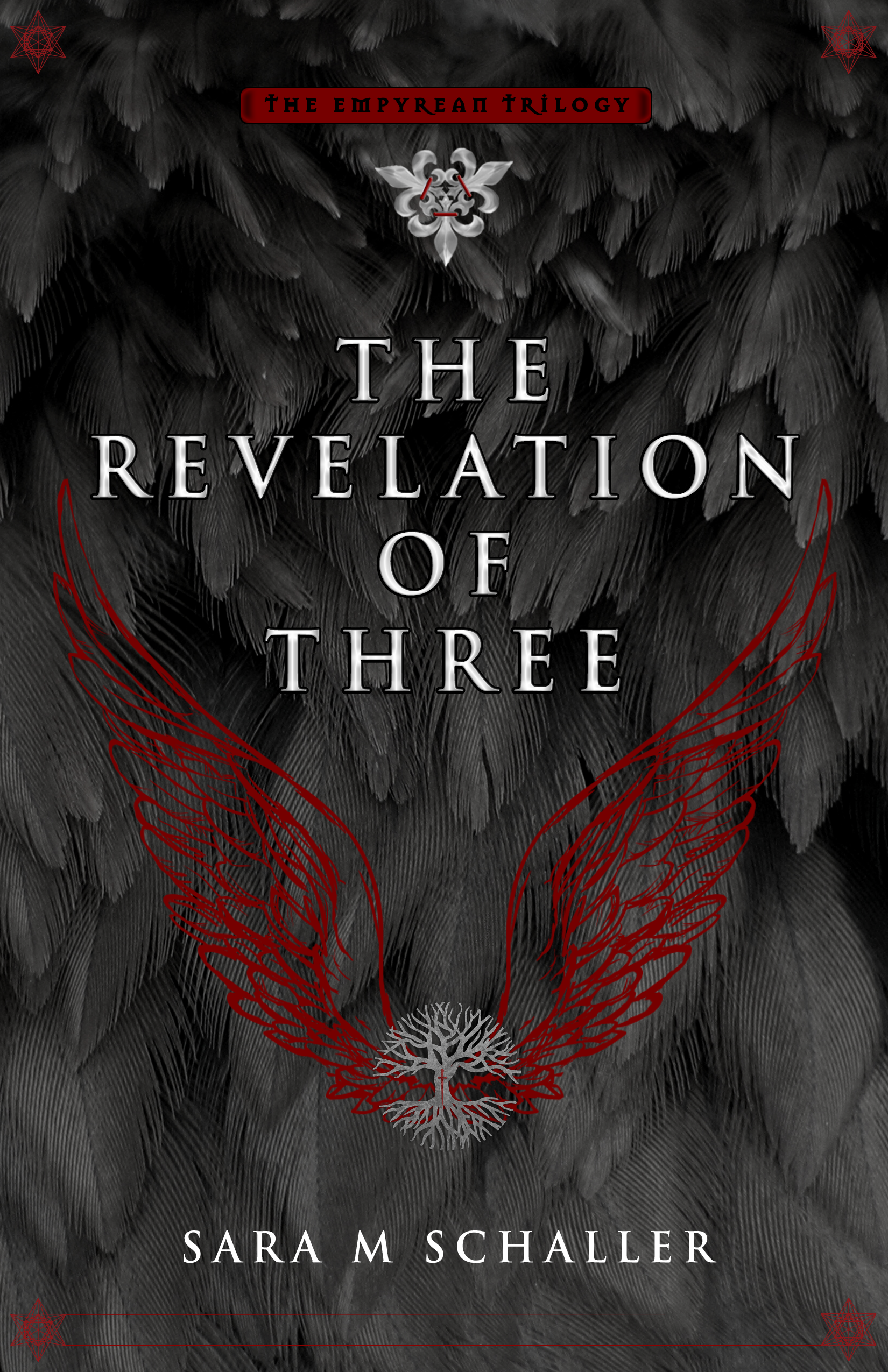 Description:
He thought he was prepared to go to war with the Devil, but what if Satan’s not his true enemy?
Ever since the Devil donned a powerful amulet that allows him to walk the Earth, he has grown weaker—and so has his authority. As a result, mutiny is rising in Hell, and the Devil must fight to remain the king of the underworld. Little does he know, there is much more at stake than his title.
After the death of the nun who raised him and his best friend, Jordan Conway cannot think of anything but finding Sophia and keeping her safe. Luckily, he has a team of archangels on his side, and with their help, the two lifelong friends are reunited. But Jordan didn’t expect the reunion to include another of Sister Helen’s charges—the boy he’d loved like a brother but who had pushed him away, Dane. The three orphans never thought their lives would amount to much, but finding their way back to each other is leading them to finding out who they truly are.
All paths converge when the fourteenth sphere, a celestial object with a power like no other, appears at the Met. The angels must keep it from falling into the wrong hands, and soon, the lines between good and evil blur as they find themselves fighting alongside Satan to prevent the unleashing of a dark and dangerous force hell-bent on taking them all down. But in this world, nothing is as it seems, and the mysterious sphere is possibly the least of their concerns…
Get ready for another adventure as the three friends, and the angels they now consider family, travel the globe in search of a way to save each other—and the world.
GUEST POST
For those of you new to my series, or for those that are returning, here’s a deep-dive (or refresher) into the central characters of my books.

I included a dream cast of who I think might play them best if the books were adapted into a movie or show so you can visualize them a bit better. Go check out my board on Pinterest here for pictures.

Jordan – Joel Courtney
·Nineteen-year-old orphan who must travel the world with the angels to help them collect celestial objects and stop forces of evil.

Sophia – Elena Kampouris
· Jordan’s lifelong best friend who grew up with him at the orphanage and now gets wrapped up in the battle between Heaven and Hell. 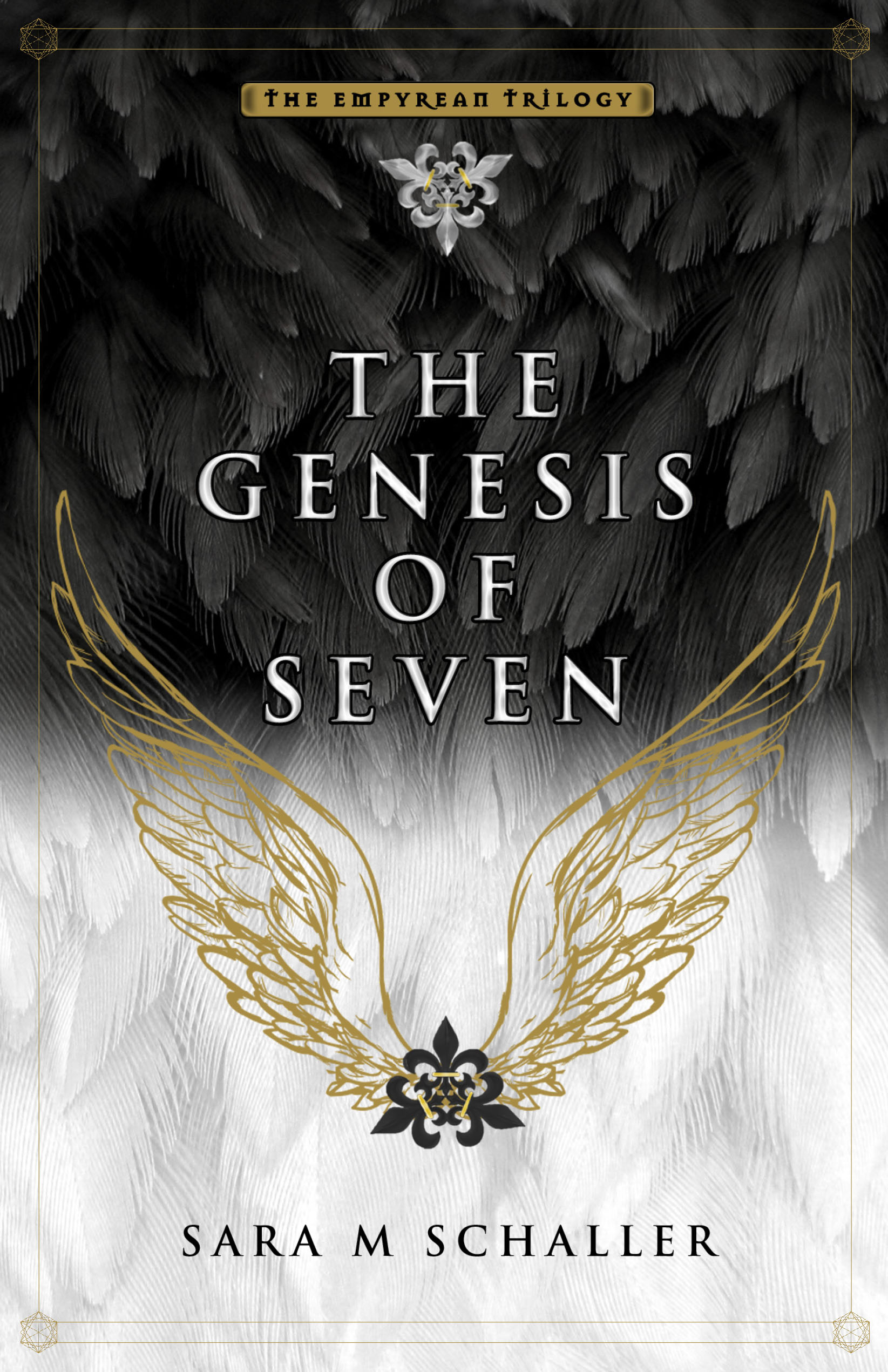 Dane – KJ Apa
· Jordan’s roommate at the orphanage who also gets caught in the battle between Heaven and Hell and becomes Jordan’s friend along the way.

Gabriel – Henry Cavill
· An angel of music who worked as a violinist in New York and now has become Jordan’s family.

Michael – Charlie Hunnam
· An angel of power who worked as a private investigator in Brazil and now protects Jordan and his friends.

Raphael – Idris Elba
· An angel of healing who worked as a doctor in Africa and now mends the angels and Jordan along the journey.

Uriel – Tom Hardy
· An angel of nature who worked as a wildlife research specialist in Australia and now helps protect Jordan and his friends.

Jophiel – Daniel Dae Kim
· An angel of art who worked as an archivist in Tokyo and now invents weapons and tech to assist the angels in adapting to modern means.

Chamuel – Chad Michael Murray
· An angel of the home who worked as a chef in Rome and now cares for Jordan and his friends.

Zadkiel – Aidan Turner
· An angel of teaching who worked as a professor at Oxford and now teaches Jordan about angel lore. 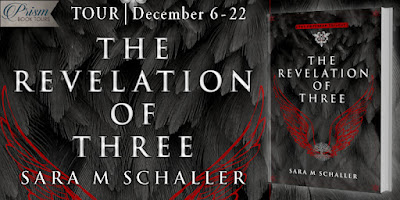 About the author:
Sara M Schaller is a young adult author and publishing professional. She lives in Colorado and works at her local library. Sara likes to write stories for all ages in the fantasy genre, and her writing usually contains elements of speculative fiction and features a large cast of characters. Sara has a Bachelor's degree in English, Art History, and Religious Studies from the University of Denver, and a Master's degree in Publishing from Pace University. You can visit her online at www.saramschaller.com.
Website * Goodreads * Facebook * Twitter * Pinterest * YouTube * Instagram * Bookbub
Author's Giveaway
a Rafflecopter giveaway
Posted by CCAM at 7:51 PM