Whether we like it or not... Alien Redemption by Gloria Oliver

All Claudia wanted to do was escape the mistakes of the past and start over. But when she answers an ad for a medical officer on a merchant ship in the Fringes, the captain recognizes her and blackmails her into taking the job. 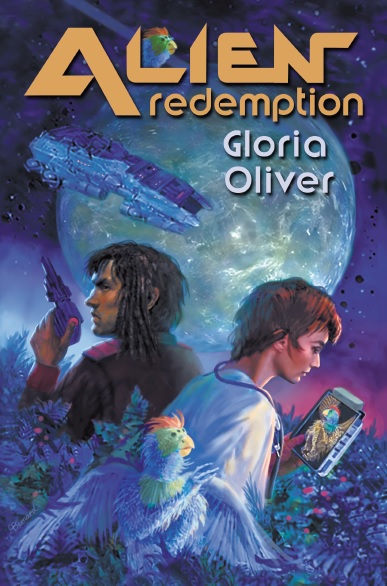 All Claudia wanted to do was escape the mistakes of the past and start over. But when she answers an ad for a medical officer on a merchant ship in the Fringes, the captain recognizes her and blackmails her into taking the job.

The Holiday’s Captain Bennet is amoral and has a short fuse. Claudia steers clear of him as much as possible, while trying to care for the crew he lashes out on. Then the rumors start that their latest mission is to a location Bennet won’t even share with the pilot.

The secret coordinates take the ship and crew to an uncharted system in the Fringes. To a planet that holds intelligent life, and despite the odds, also a humanoid one.

Bennet plans to use these aliens to climb up the power ladder at the borders of the Dominion. Even if it means placing the Avians into brutal servitude for the rest of their lives.

Can Claudia stop the impending exploitation of this newly discovered sentient species all on her own? Or is there a worse fate than blackmail waiting for her if she tries?

"Another accident, I presume?"

A flash of something crossed Stevens’ eyes. Whether it was good or bad, Claudia couldn’t tell. Instead of answering the question, the first mate placed the unconscious woman she was carrying onto the scanner bed. Her patient had a large lump on the side of the head, and her nose looked broken.

Claudia had just activated the bed and was checking the unconscious woman’s vitals when Stevens broke the silence.

Cold fury flared inside Claudia, her suspicions of abuse by the one who commanded them confirmed. She was amazed her hands didn’t shake as she programmed the scanner. Now that there was a medic onboard, was Bennet showing less restraint than usual? It would make her being here a boon and a bane to everyone on board. If the captain took things too far one too many times, might the crew decide the downside was worse than the benefits and turn on her?

Claudia shook her head. “You still work for him.” It wasn’t quite an accusation.
Stevens came up close. Claudia held her ground and didn’t step away.

“We all have our reasons for being here. Whether we like it or not.”

About the author:
Gloria Oliver lives in Texas, staying away from rolling tumbleweeds while bowing to the never-ending wishes of her feline and canine masters. She works full time shoveling numbers around for an oil & gas company and squeezes in some writing time when she can. 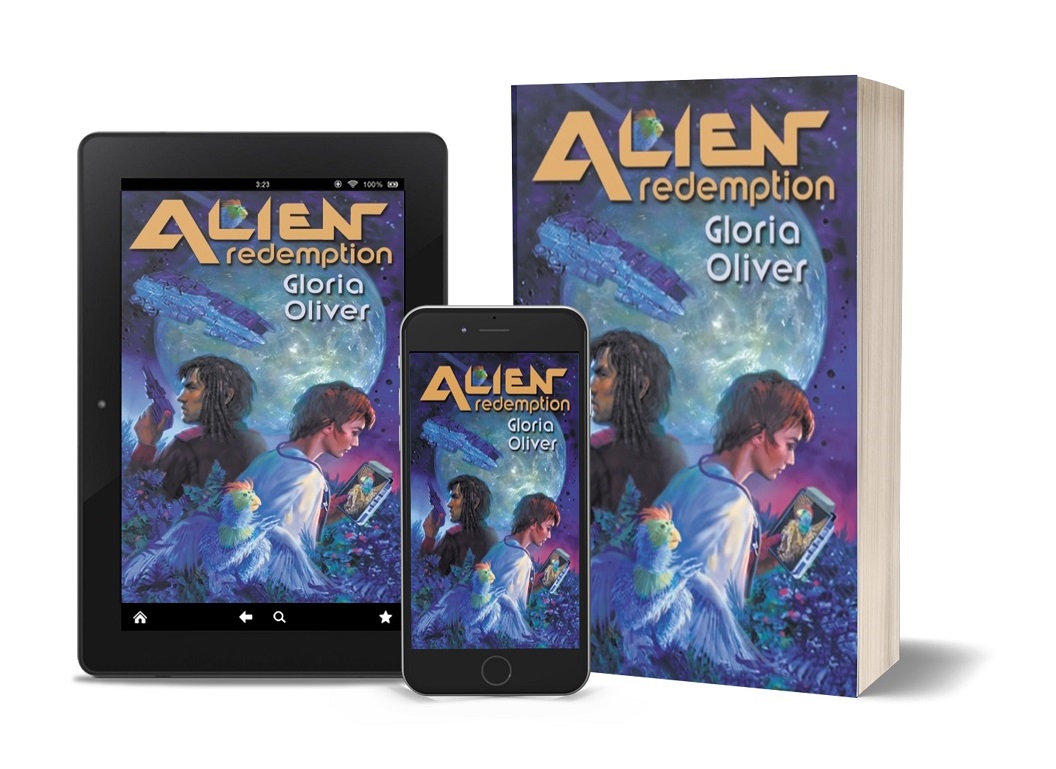