“This edge of your seat romantic thriller had me hooked from the beginning and didn't let up until the sizzling conclusion.” -David, Goodreads reviewer, 5 Stars 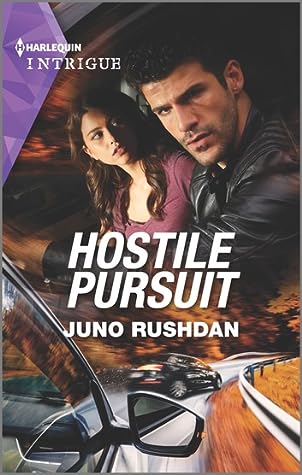 When ruthless killers target them, even a safe house isn’t safe.

Only twenty-four hours remain until marshal Nick McKenna’s informant, Lori Carpenter, will testify against a powerful drug cartel. Nick has kept her safe for an entire year, but now all hell is breaking loose. With a team of cold-blooded assassins closing in, the by-the-book lawman decides to go rogue. He’ll risk his life for duty…and put it all on the line for his irresistible witness.

“I'm going to warn you: you will not be able to put this book down.” -Anita, Goodreads reviewer, 5 Stars.

“A suspenseful, jam-packed read!! I couldn’t put the book down because I wanted to know what would happen next-and it was a lot!”-Jewels Book Blog, Goodreads reviewer, 5 Stars

About the author:
Juno is a veteran Air Force Intelligence Officer who writes romantic thrillers with sizzle, pulse-pounding suspense, and plenty of action. Her stories are about strong heroes and gutsy heroines fighting for their lives as well as their happily-ever-after. Expect an intense emotional journey and a thrill ride to keep you turning the pages.

A native New Yorker, she currently lives in the Washington, DC area with her patient husband, two vivacious kids, and a spoiled rescue dog. Juno loves hanging out with readers and anyone friendly over a great glass of wine.

The Final Hour series features a covert, off-the-books unit sanctioned to operate beyond the black and white constraints of other intelligence agencies. They work in the shadows safeguarding national security. When a horrifying conspiracy hits too close to home, they're the last line of defense. They'll do anything to keep their country safe and sacrifice everything for the ones they love.

This sounds so good, plus the cover looks great!

This book sounds really really good! Juno is a new to me author.

A safe house was like the place I least felt safe, my own self.. This sounds good..amazing cover!

My grandsons would enjoy this book

I love the cover. The graphics are very attention grabbing.

This sounds like a book I would really enjoy reading.

Looks like it's packed with suspense and adventure from the cover, looks good!

Absolutely love the cover and the excerpt.

The cover has a romance/thriller vibe.

I think the cover looks great! I can't wait to read Hostile Pursuit!

This sounds so awesome! Juno Rushdan is a new author for me. This looks good

Thanks for the excerpt, it sounds exciting.

Cover is good, I really liked the excerpt

You are a new author to me.. have to check out this book...

I really love the cover i think it's beautiful. i do not have any questions though.

I love the excerpt.

The book looks very action packed. I can't wait to read it.