"Painfully beautiful and mesmerizing, each page was like a magnet drawing me deeper into the wonders and inspiration. While evoking a full range of emotions, this book took my breath away and made me feel from the top of my head to the bottom of my feet." Anne OK, Goodreads 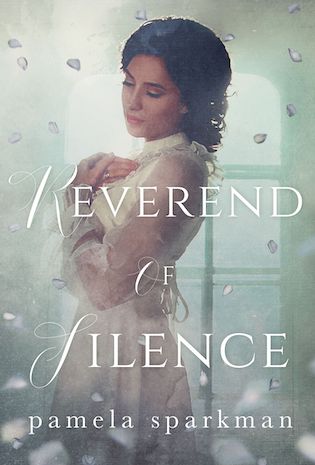 A coming of age story about faith, love, and overcoming society’s prejudices during the American Antebellum period.

In 1810, Lucy Hallison suffered from a severe illness at the age of three, and later recovered, a deaf-mute. Unable to relate to the world in which she lives, she’s often ignored and sometimes treated with cruelty. Until a boy, Samuel Burke, steps into her life at the tender age of seven, coloring her world and showing her what it means to be seen, to not be invisible, to be understood.

The two become inseparable childhood friends, and as they grow and mature, there is the promise and hope of something more that also grows between them. But the hope of something more is put on hold so she can attend The American Asylum at Hartford for the Deaf and Dumb, the first of its kind, requiring her to leave the only home she’s ever known and the only boy she’s ever loved.

But while she is away, tragedy strikes, and Samuel is now the one unable to relate to the world in which he lives, unable to find his own voice, and withdrawing from everyone and everything he’s ever known.

When Lucy returns home from school, she has one goal in mind—to put color back into his world the way he had once put color into hers.

Because Samuel Burke had been her voice when she had needed him most.
Now, she is determined to be his.
Note: Inspired by real people and true historical accounts.

“He ordered me out?”
Papa Burke removed his spectacles, then rubbed a hand down his face. He looked like he had aged ten years in the last ten days. He pulled out a chair at the kitchen table and gestured for me to sit across from him as he put his spectacles back on.
I sat and waited for him to answer my question, the one I hadn’t asked him. Why? Why had Sam ordered me from his room? My hand came to rest over my heart. It ached from his rejection.
Days. I had spent days at his bedside, waiting for him to wake up, hoping that he would, caring not only for him but for his parents every second of those days. Never in my wildest imaginings did I think he would toss me out the moment he did. If he had kicked me in the teeth, I don’t think it would have hurt this badly. It took everything in me not to cry right here at this table.
Papa Burke leaned forward, his eyes searching mine. “I’m sorry,” he signed. “You didn’t deserve that.”
My eyes burned. I knew that. I wanted him to tell me something I didn’t know. I leaned forward as well and asked, “Why was I tossed out?”
He tapped his fingers on the table, a silent beat I couldn’t hear. He looked like a man trying to gather thoughts to put into words. I waited, watching his fingers as they moved up, down, up, down. Until his fingers went still. Then they formed the words, “Sam doesn’t want you to see him like this. He feels weak.”
I frowned, signing my response. “I don’t fault him for being weak. He’s injured!” I stood, feeling agitated. “He’s had a fever! He almost died! I know he’s weak!”
Papa Burke also stood and came to stand before me. “Not that kind of weak.”
I blinked, trying to understand his meaning.
“He doesn’t feel like a man.” Papa Burke eyed me pointedly. “He has no pride. He doesn’t want you to see him like that,” he emphasized, pointing above our heads to the second floor.
Oh.
I reclaimed my seat and shut my eyes. Stupid, stupid man. Yet, at the same time, my heart broke all over again. For Sam. I knew from watching my father how hard men could be on themselves. I’d just never thought Sam would.
Papa Burke put his hand on my shoulder. I glanced up.
“Go home, Lucy.”
My breath caught. That was the first time I’d been issued that command. Everyone was tossing me out? No one needed me anymore? Noah had left without saying goodbye, and now the Burkes were telling me to leave?
“I don’t want to go home,” I signed with a trembling hand.
Papa Burke’s face was sad. He lifted me up to stand. His hug was sympathetic. He released me and said, “Then go back to school. Sam needs some time.”
My nose tingled. My jaw ached. My eyes stung. My chest felt like it was being cut from the inside. Sam needed time. He just didn’t need me. Message received.
I glanced around the room, taking in all the details and all the memories. I packed them all away, but I didn’t know where to place them. My heart felt too fragile. My mind too burdened.
So I left them right where they were and walked out the door.

About the author:
Pamela Sparkman grew up in Alabama. She became an avid reader at a young age. The written word has always fascinated her and she wrote her first short story while still in elementary school. Inspiration for her stories always begins with a song. She believes music is the pulse of life and books are the heart of it.

When she isn't writing, however, she's spending time with her family and taking one day at a time. 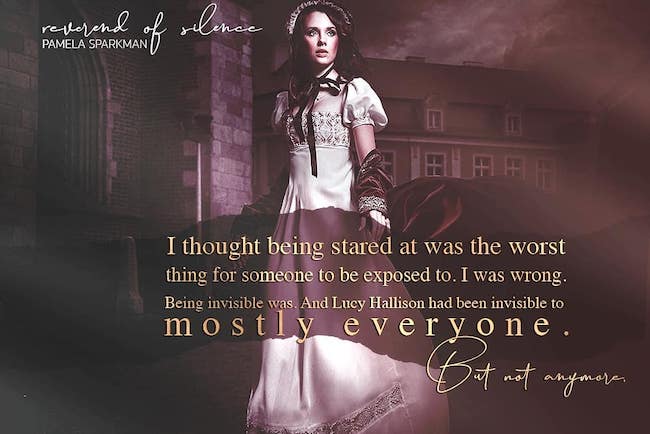