"So much chemistry, twists, turns, romance, abuse, protecting children and suspense that keeps you turning the pages to find out what happens next...can’t wait for the next book in this series!!" Jennie F., Goodreads 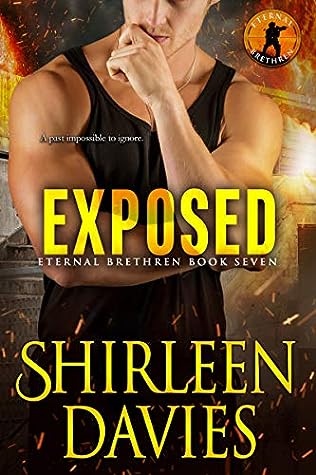 An unlikely attraction.
An indisputable desire.
Can their battle of wills lead to love?

Jace “Raider” DeWitt loves everything about his life as a Navy SEAL. The action, danger, comradery, and his undercover work in the MC. Most of all, he embraces the unknown, not knowing what each day will bring. After years of serving his country, his relationships consist of his team brothers, and he sees no need to expand the circle. Until he discovers the only woman who’s ever held his interest has moved to Liberty Lake.

Alvena Kasey had been ready for a change ever since her good friend, Dani Robertson, left Pine Glen to marry Ghost, a Navy SEAL and VP of the undercover MC. Finding work as a nurse in the town across the state was easy, as was settling into her cozy rental home. She hadn’t planned on running into the most ornery patient she’d ever treated. Obnoxious, insufferable, and much too handsome for his own good. The one man who still dominated her dreams.One positive outcome came from their strained reunion—the discovery each has a heart for abused and abandoned children.

Thrown together to protect a young boy being stalked by an abusive mother and her boyfriend, Jace and Ali work side-by-side to keep him safe while guarding themselves from an intense, mutual attraction. But physical abuse isn’t the only threat.

A small group of soulless men wants the boy, and anyone who protects him, dead.

Can their mutual love of a young boy hold them together? Or will deep-seated independence make a shared future impossible?

Exposed is book seven in the Eternal Brethren Military Romantic Suspense Series by best seller Shirleen Davies. It is a stand-alone, full-length novel with no cliffhanger and a guaranteed HEA.

About the author:
Shirleen Davies writes romance--historical and contemporary western romance with a touch of suspense. She is the best-selling author of the MacLarens of Fire Mountain Series, the MacLarens of Boundary Mountain Series, and the Redemption Mountain Series. Shirleen grew up in Southern California, attended Oregon State University, and has degrees from San Diego State University and the University of Maryland. Her passion is writing emotionally charged stories of flawed people who find redemption through love and acceptance. She lives with her husband in a beautiful town in northern Arizona. Between them, they have five adult sons who are their greatest achievements.

Shirleen loves to hear from her readers. 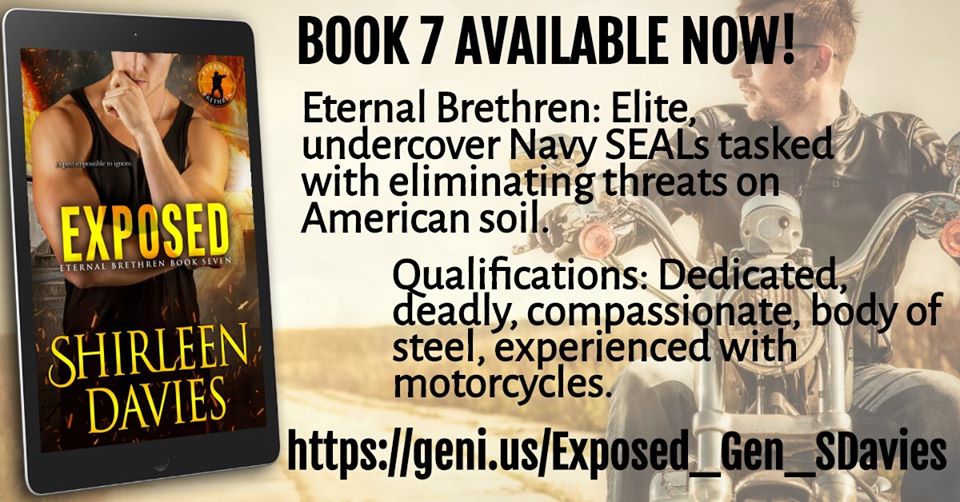 This looks like it would be quite a good read.

New series for me, sounds good!

love to read this book great cover too

Really like the cover...you are a new author to me so I have to check out your book.. Best of luck...

This sounds like an interesting read. I would love to read it.