What could possibly go wrong? Between Two Evils Series by D.L. Orton

18+ FALL INTO THIS EDGY, action-packed, darkly comedic, dystopian love story, and be prepared to encounter a finicky time machine, a mysterious seashell, and a very clever dog (some sex, some swearing, some violence, but no vampires and absolutely no ditzes.) 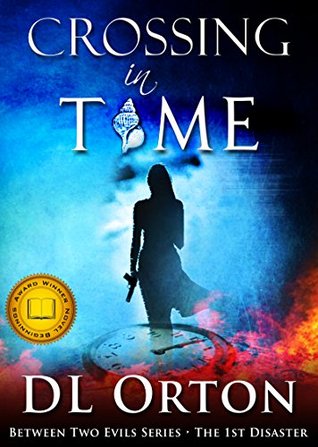 The past isn't over, it's an opening. The future isn't hidden, it's a trap.
If she ever wants to see him again, she'll have to take the risk...

When offered a one-way trip to the past, Iz sacrifices everything for a chance to change her dystopian future—and see her murdered lover one last time.

After a perilous journey through a black hole, she wakes up on a tropical beach, buck naked and mortally wounded—but twenty years younger! With only hours to live, she must convince an enraptured but skeptical twenty-something guy to fix their future relationship and thereby save the planet (no one is quite sure why.)

But it's easier said than done, as success means losing him to a brainy, smart-mouthed bombshell (her younger self), and that's a heartbreaker, save the world or not.

Across the infinite expanse of space and time, love endures...

(Unfortunately, it’s not going to be enough.)

FALL INTO THIS EDGY, action-packed, darkly comedic, dystopian love story, and be prepared to encounter a finicky time machine, a mysterious seashell, and a very clever dog (some sex, some swearing, some violence, but no vampires and absolutely no ditzes.)

Content Warning!
This book contains material that may be disturbing to some, and in movie form, would be rated NC-17 for strong language, nudity, sexual situations, and violence (including attempted sexual assault, abduction, intense danger, miscarriage, confinement, a pandemic, religious fanaticism (Christian), government malevolence, and death). Reader discretion is advised. 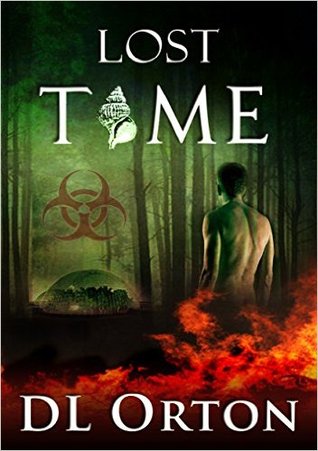 From the award-winning author D. L. ORTON comes book two in the Between Two Evils Series...

If someone took everything you live for, how far would you go to get it back?

When a faulty time machine deposits Diego at the top of a towering evergreen, he knows he's in the wrong place—but has no idea he's also in the wrong time. Naked and shivering in the primeval forest, he attempts to climb down—but slips, whacks his head on a branch, and tumbles into oblivion.

He awakens inside a darkened room, crippled and disheartened, and must come to grips with the realization that he is marooned in a bleak alternate future. In this universe, what remains of the human race is trapped inside a handful of aging biodomes. With his mission failed, his world destroyed, and the one woman he loves dead, he can find no reason to go on living.

Except Lani, the emotionally scarred doctor who must put Diego's broken body back together, refuses to let him die, and as Diego heals, their relationship becomes... complicated. He struggles to let go of the past but is unable to get Isabel out of his head—or his heart. Just when it seems he may be able to find some measure of happiness in a world teetering on the edge of extinction...

Another note arrives from his past: Isabel is alive—but not for long. Find the time machine, and go home before it's too late... 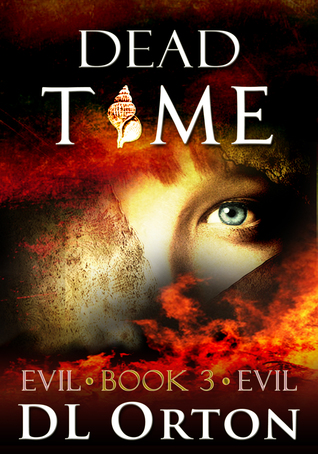 If someone took everything you live for, how far would you go to get it back?

Shannon fights to stay alive inside a rogue biodome and discovers something totally unexpected... Peter. Lani is forced into the role of the reluctant heroine but rediscovers her street-kid mojo and sets out to find everything she's lost. Diego receives another dirty sock (and a note) from the poorly aimed fireball express: "The window between universes is closing." If Diego has any hope of getting back to Iz, he must get to the Magic Kingdom and power up the time machine before it's too late.

What could possibly go wrong?

About the author:
DL ORTON, THE BESTSELLING AUTHOR of the BETWEEN TWO EVILS series, lives in the foothills of the Rockies where she and her husband are raising three boys, a golden retriever, two Siberian cats, and an extremely long-lived Triops. 🧜🏽‍♂️

In her spare time, she's building a time machine so that someone can go back and do the laundry.

a Rafflecopter giveaway
Posted by CCAM at 6:30 PM

Great book cover love to read them all.

Love the covers and the concept.. Best of luck....

The cover art is fantastic for all the series covers. The storylines also sound like great reads for readers of this genre. Best wishes to the author on the newest release and series.

Thanks so much for the kind words.

Good luck in the raffle.

I love the cover it looks great

Lovely covers used for the books. The book description was very interesting.