Last year I was impressed by Kyle Richardson's Wild Horse (see review here) so I decided to watch him. The decision was a very good one as I loved Beast Heart as well. Maybe even more. 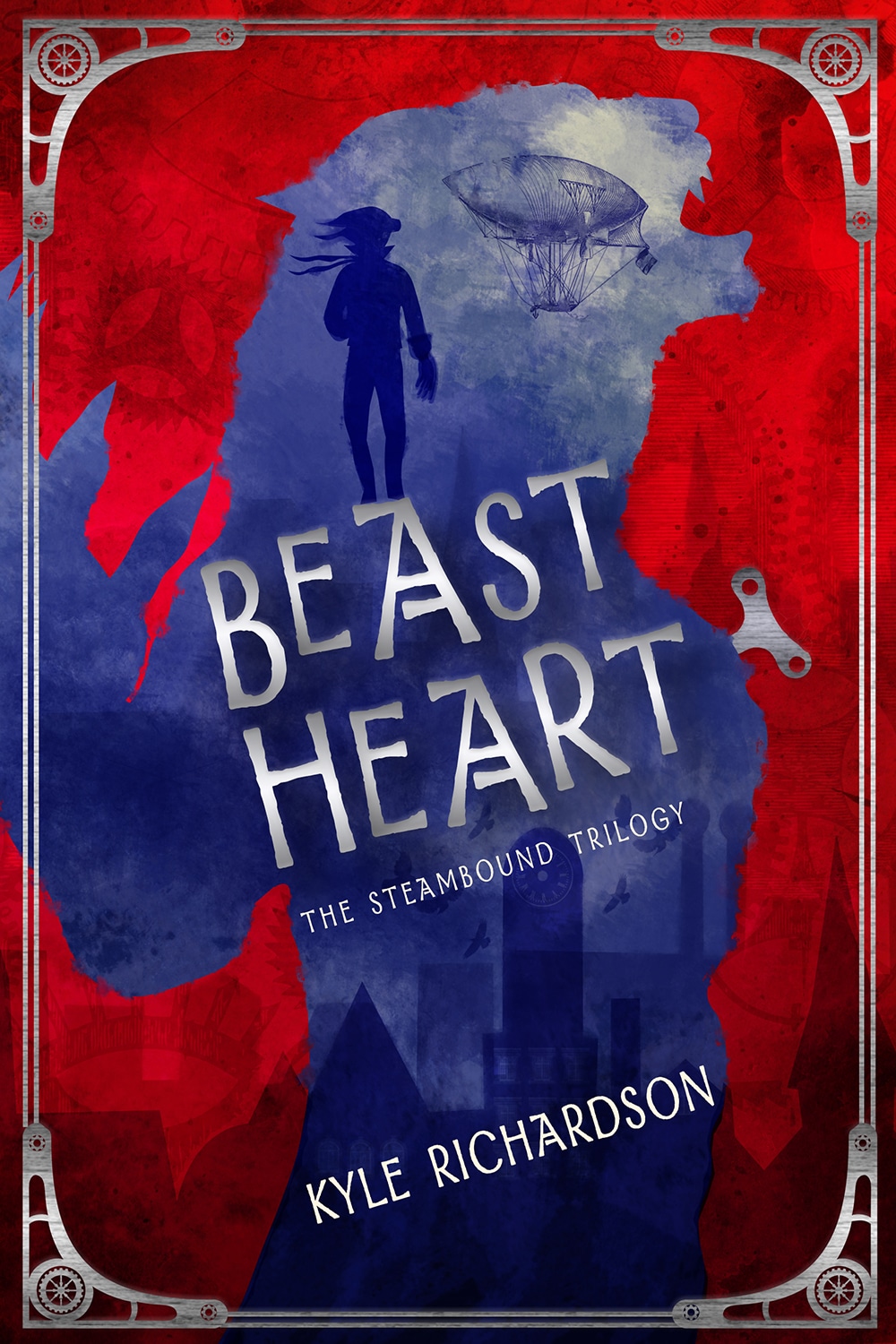 Last year I was impressed by Kyle Richardson's Wild Horse (see review here) so I decided to watch him. The decision was a very good one as I loved Beast Heart as well. Maybe even more. They have in common the author's artistic imprint. The difference is that in Beast Heart, the shadow of hope still bears the possibility of a happier ending.

But let me tell you what I liked.

The general atmosphere - is masterfully manipulated; in the beginning, it has Dickensian tones tempered by the steampunk-ish accents that later will share this task with the paranormal ones. It is a dark atmosphere but, as I said, here and there, a bit of light of hope shines. I liked the effect upon the story of the panoramic view in the Nazca lines style which transforms Iron Bay from a simple stage into a participant.

The wording - is great, reach but not heavy, "specialized" but easy to understand.

The pace - is not as fast as the current practice, but it is not slow either. Steady, it's quick enough for you to receive the necessary information whilst enjoying the ride. The plot - is carefully built, KR sharing and keeping secrets for the later, allowing us to realise what we will want to happen next.

The relations between the characters - are various; all of them are carefully and well developed and important for the storyline. The way in which the author brought them within the story is perfect.

The feelings - run high and whilst experiencing them, the readers will receive some philosophical topics to think about... what makes us human or beasts is only one of them. They come together impeccably with and are the reasons for the action/adventure part. As time passes, emotions and actions share the readers' attention and the balance starts favoring the action element.

Steampunk elements - is not as much as for the steam power but for the contraptions. They control, help or challenge the characters, both at the personal and general levels. There is an attractive mix of unknown, science, alchemy, and myths.

To draw the line, Beast Heart is an intelligent, well written, absorbing story. The tribulations of the main characters deserve our time, mind and heart. Everything in Beast Heart is about what makes us tick (pun intended). Enjoy!

When the girl with the clockwork hand meets the boy with the beast heart, sparks fly in this poignant, adventure-filled debut.

Book 1 of the Steambound Trilogy. When Gabby’s hand turns to steam, her mom hires an engineer to build her a clockwork glove. It’s the last thing Gabby wants—if only she could be normal. But when her mom is attacked by something monstrous, normal is no longer an option. Now the only person she can turn to is a grizzled detective, who promises to help her become something … more.

Meanwhile, Kemple’s foster dad treats him like a slave. And the beatings are getting worse. So when a rebellious girl named Josephyn arrives—with a plan to escape to the city—he doesn’t hesitate. But there are creatures in Iron Bay whose slashes are worse than skin-deep. And as Kemple evolves into something inhuman, his search for a cure begins.

They are strangers in a city where carriages rattle, airships rumble, and where their own dark pasts continue to haunt them. Soon their paths will collide, and the girl who slays monsters will come face to face with the boy who is becoming a beast.

About the author:
Kyle Richardson lives in the suburban wilds of Canada with his adorable wife, their rambunctious son, and their adventurous daughter. He writes about shapeshifters, superheroes, and the occasional clockwork beast, moonlights as an editor at Meerkat Press, and has a terrible habit of saying the wrong thing at the most inopportune moments. His short fiction has appeared in places such as Love Hurts: A Speculative Fiction Anthology and Daily Science Fiction.